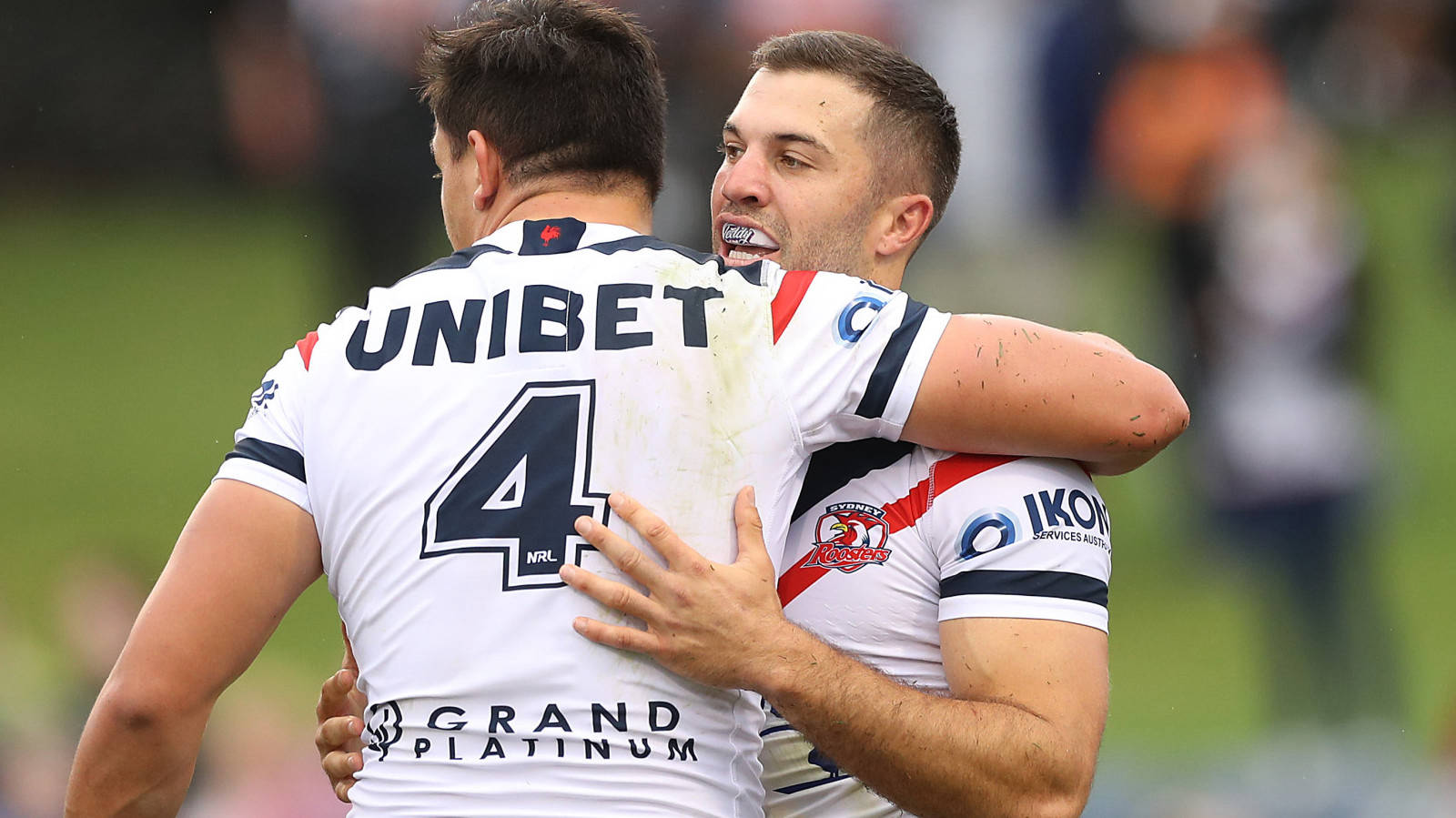 By Josh Graham at MKM Stadium

With clubmate Tedesco first choice at the back for Sydney Roosters, Manu plays centre in the NRL but wears the coveted No.1 jersey for the Kiwis and is plotting the downfall of his great mate ‘Teddy’, who he believes is the world’s best player.

The 26-year-old revealed Tedesco has passed on plenty of tips over the last four years in the Eastern Suburbs and after winning player of the match in the 24-18 quarter-final triumph over Fiji, Manu is hoping to turn those words of wisdom into a World Cup upset against the Kangaroos at Elland Road.

READ MORE: Maguire admits pressure got to Kiwis against Fiji

Manu said: “James is obviously a great player; I’ve played with him for a few years now.

“He’s got that full-back position at the Roosters but when I slide in there, he tends to help me out a bit. He’s someone I love to learn from.

“It will be a bit different with him on the opposite side next week and he’s a good mate but I want to do what is best for our team and I’ll be competing against him on Friday night.

“There’s a few things - he’s taught me a lot. But I tend to play in different positions and I play my own style but he’s definitely helped me out a lot.”

Manu is also relishing the chance to come up against the likes of former Roosters teammate Latrell Mitchell who moved to the South Sydney Rabbitohs in 2020 to play full-back having also featured as a centre.

He said: “I’m excited. These are the games you look forward to as a player, coming up against some of the best.

“I’m excited to play some of them but excited to see what we can do as a team. We are focused on ourselves, we will be ready but there’s a few things that we want to work on.”

Australia’s lethal left-edge of Mitchell and the tournament’s top try-scorer, Josh Addo-Carr, has been ripping sides apart but coach Michael Maguire insisted he will not be tempted to draft Manu into the centre to combat their threat.

“Joey is doing a great job for us out the back, what he did tonight got us out of trouble quite a bit so we will leave him there," explained Maguire.

“We will be alright, we will just get our forwards up and going and make sure they do their role as well as they can and that will help out that edge.”

Tournament favourites Australia have already engaged in mind games with Kangaroos scrum-half Nathan Cleary suggesting they are the underdogs in Leeds due to New Zealand’s world No.1 ranking.

But Manu refused to be sucked into a war of words when those remarks were put to him, replying: “I’m not too sure. I know where we sit as a team and that’s all I need to worry about.

“I’m not worried about rankings or who is the better team, I believe in this team we’ve got here, so I’m focused on us being good in the Kiwis jersey.”