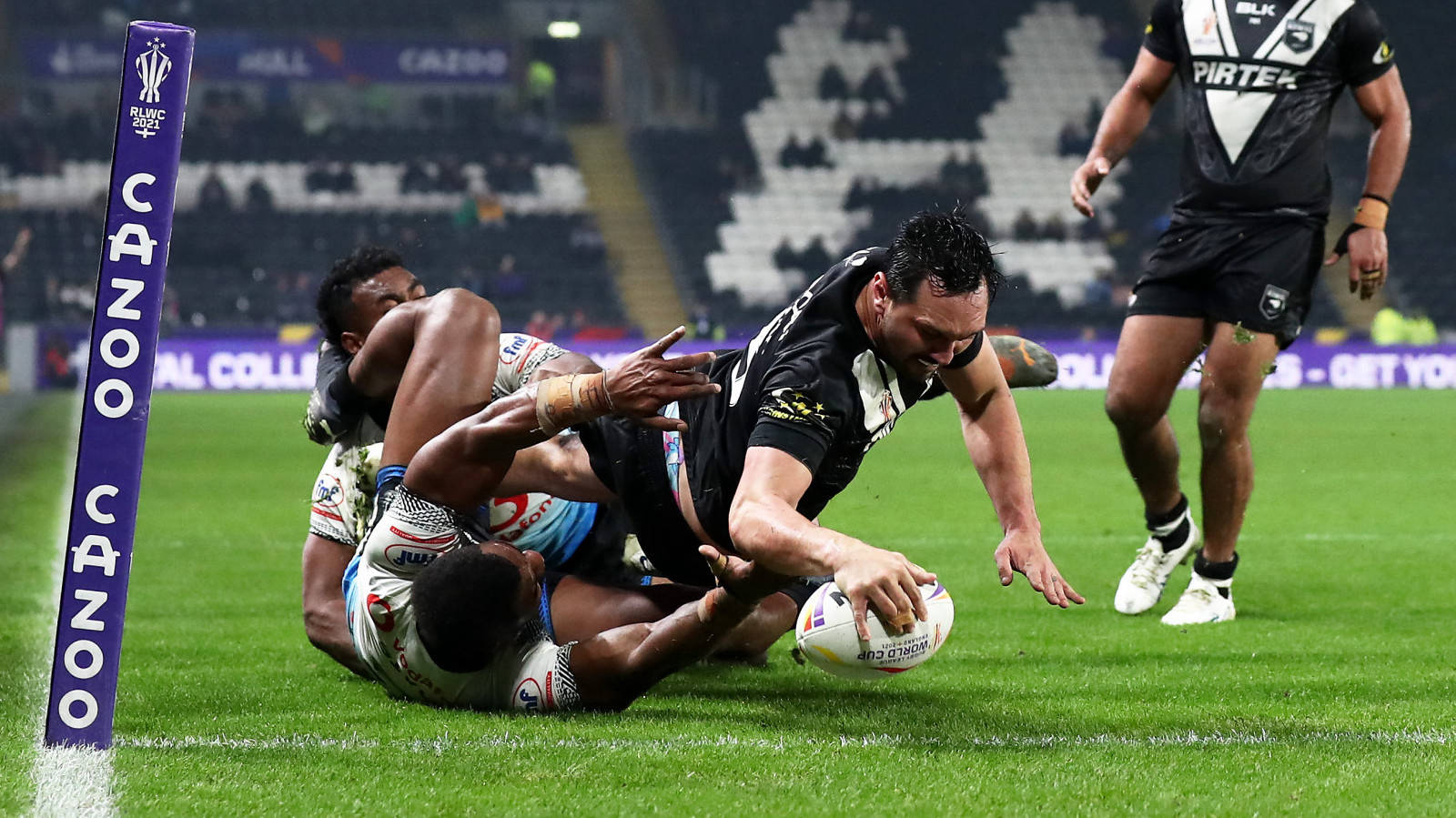 By Jack Lacey-Hatton at MKM Stadium

In a classic encounter, the Bati had threatened to repeat their famous upset win at the same stage in 2017, as they led the quarter-final 12-6 at half-time after tries from Maika Sivo and captain Kevin Naiqama were followed by Ronaldo Mulitalo's effort for the Kiwis.

Naiqama's quick-thinking restablished his side's 12-point cushion at the start of the second period but the number one ranked side in the world were at their imperious best, fighting back through tries from Briton Nikora and Joey Manu to level at 18-18 and set up a dramatic finish.

Rapana’s crucial penalty kick then gave the Kiwis the lead for the first time in the game, before the winger’s try sealed it in the closing stages.

Fiji will leave the tournament with their heads held high after arguably an even better performance, than the one that saw them knock New Zealand out in Wellington five years ago in what was undoubtedly the game of the tournament so far.

It was the Bati who got the dream start in Hull when winger Sivo barged through the tackles to go over in the corner for his fourth score of the tournament.

The lead was nothing less than Fiji deserved and when skipper Naiqama cut a superb short line through the Kiwi defence to cross the favourites were in real trouble.

But the Kiwis got themselves back in the contest when the pacey Mulitalo flew over in the corner for his second try of the tournament, with Rapana putting their kicking difficulties firmly behind them with a perfect touchline conversion.

New Zealand continued to bang on the door, Dylan Brown’s high kick causing a scramble in the left-hand corner and although they kept the ball in play the Kiwis could not find a way over the whitewash.

Mulitalo looked New Zealand’s main threat throughout the opening 40, but Fiji’s ability to withstand the pressure and maintain their physicality across the pitch ensured Wise Kativerata’s team led at the break.

The Kiwis had started the second half with a renewed purpose in their sets, but were dealt a further blow when Naiqama dummied from dummy-half and went down the short side before faking another pass to spin through the challenges to restore the Bati’s 12-point lead.

It's that man Kevin Naiqama again!

Undeterred, New Zealand responded when interchange Briton Nikora took advantage of Fiji's defence dropping off the tackle close to the line to find the whitewash.

Only minutes later they went mightily close to levelling when Mulitalo looked to have grounded the ball in the corner only for Brandon Wakeham to produce a sensational last-ditch tackle, video referee Tom Grant confirming the on-field decision of no try.

Despite the half-back’s try-scoring save the 2008 world champions kept up the pressure, and they restored parity when Mulitalo’s clever burst infield gave magic man Manu his third try of the tournament.

Then came a thrilling last ten minutes, with Rapana showing no nerves to slot his penalty between the posts after New Zealand's captain's challenge overruled Gerard Sutton's original knock-on call and saw Viliame Kikau penalised for stripping the ball illegally from Manu.

That swung the quarter-final the Kiwis way but there was still time for Fiji to throw everything at them in the closing minutes.