Donald to rotate for France clash 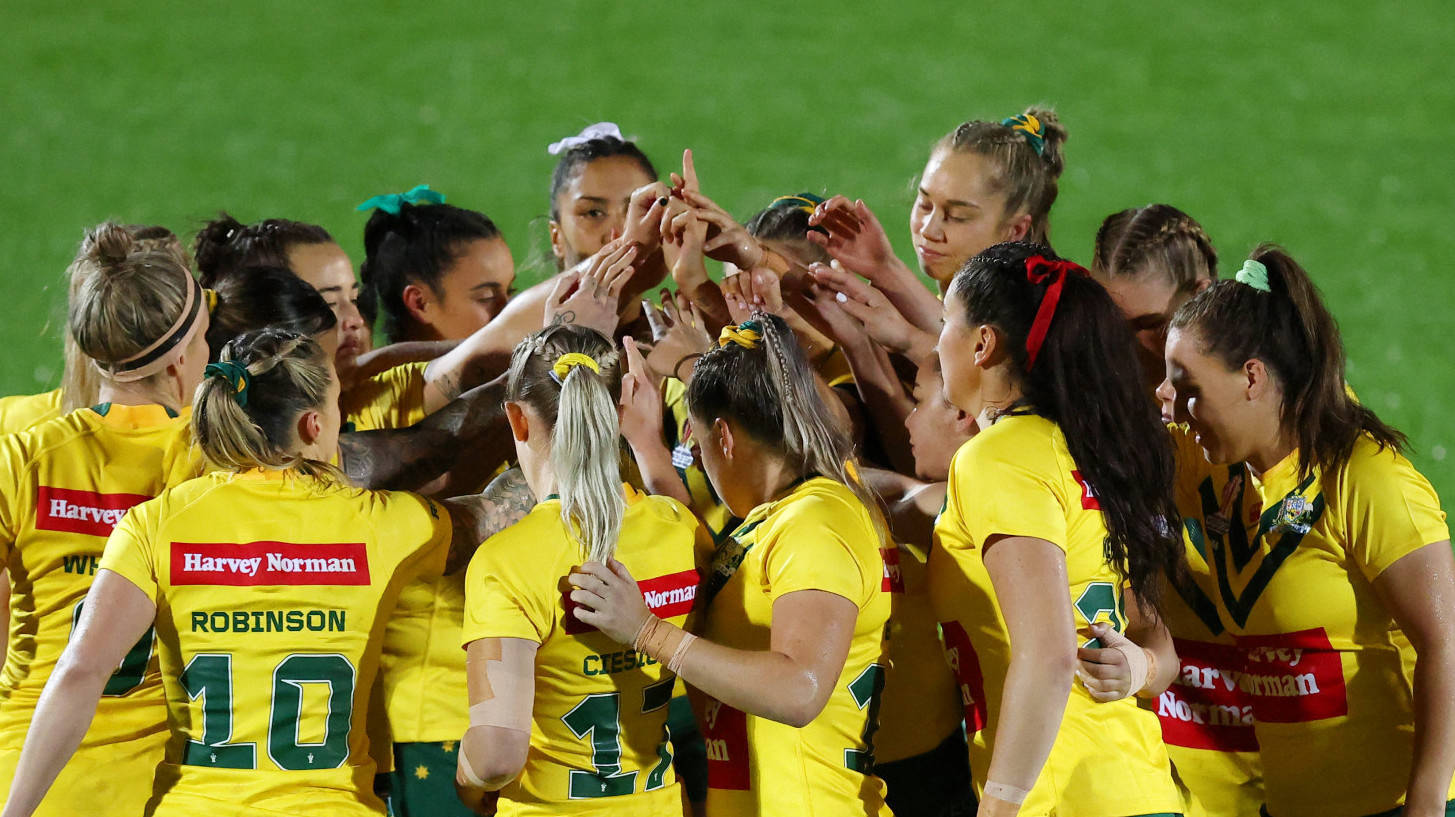 Donald to rotate for France clash

Australia head coach Brad Donald revealed he has held players back for Sunday’s game against France.

The Jillaroos opened their World Cup campaign with a 74-0 win against Cook Islands but Donald says he was planning for their second match long before the tournament even began.

Les Chanticleers began with a 46-0 defeat to New Zealand and must beat France to maintain any hope of reaching the semi-finals.

Donald is wary of the threat they pose and is relying on the fresh legs of Emma Tonegato, Jamie Chapman and Jess Sergis to make the difference.

He said: "We've tried to look at our game plan against France before we even played the Cook Islands, just through the players that we've picked for each match.

"We gave players that have been around for a while a rest and we have a bit of a plan that will hopefully unravel over the next few days.

"It's a long competition but you've just got to look at the players who didn't play last time for us, like Emma Tonegato, Jamie Chapman, Jess Sergis who will play against France.

"It will take 24 players to win this and these ladies are well prepared for this World Cup.

"We want to make sure everyone's gas tank is empty coming out of this tournament and we've given it everything we can.

"Sure you can be a great player, but you've got to be a great Jillaroo as well and all of these girls are."

France head coach Vincent Baloup is confident that his side can take the positives from their 46-0 defeat to New Zealand.

France will be without valuable team player Leila Bessahli after she was ruled out of the competition following a head injury against New Zealand.

But Baloup believes that they will only get better and is excited to see what his side can do against the reigning champions.

"In camp, the girls push themselves and we are convinced that we can benefit from our New Zealand game for when we face Australia,” he said.

"New Zealand was the first step and now we will take another step and slowly we can go forward and try to improve ourselves and do better and better against these great nations.

"We're still looking for more international games to practice and improve as a team and compete when it comes to the next World Cup.

"One of our players Bessahli hit her head so she won't continue the competition because of the injury.

"It's a huge blow as she's one of the biggest leaders of the team."