Coach Coyd squeezing every inch out of England ahead of Spain 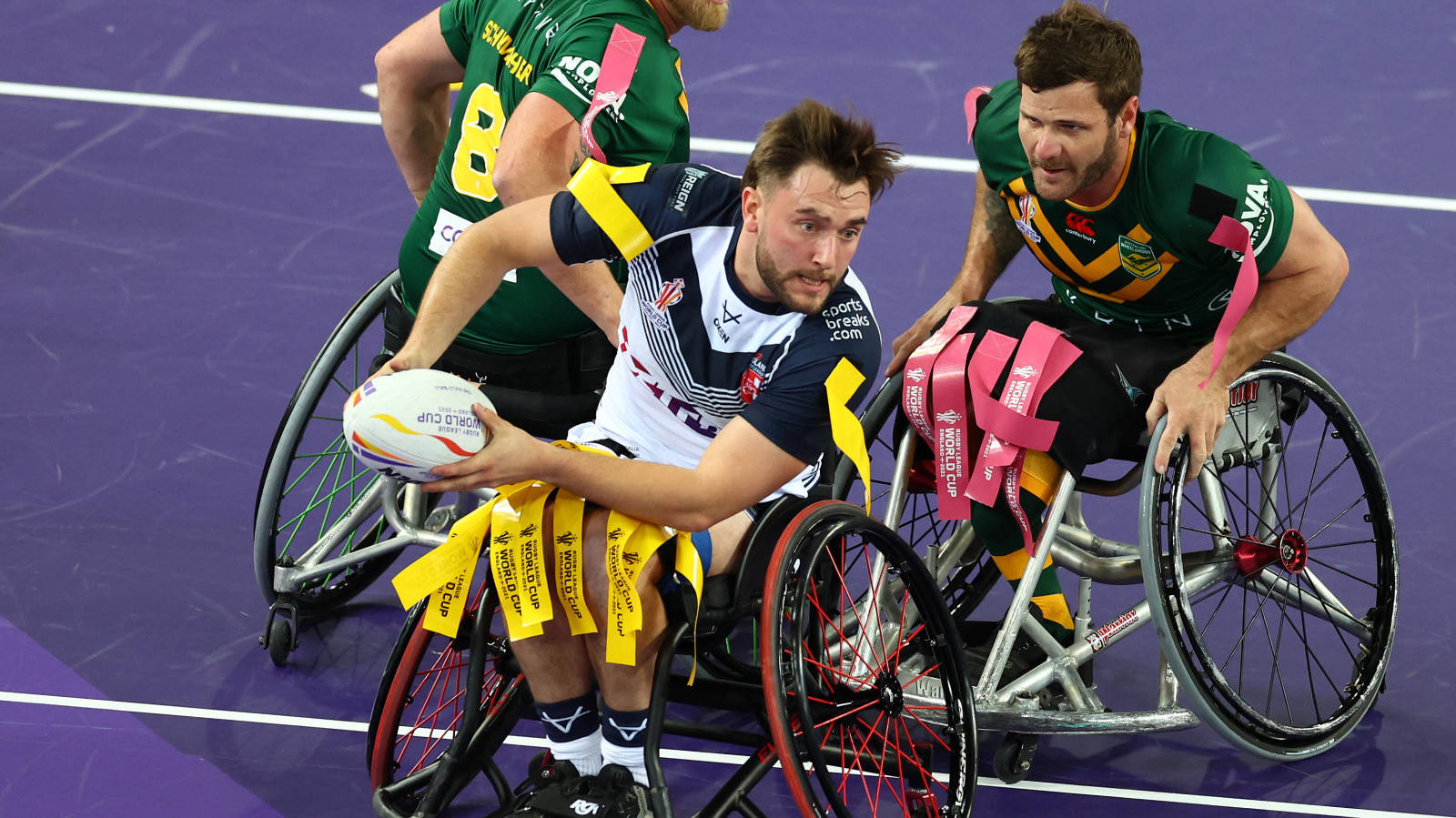 Coach Coyd squeezing every inch out of England ahead of Spain

England wheelchair head coach Tom Coyd will keep cracking the whip ahead of the hosts’ clash with Spain on Sunday despite a resounding 38-8 opening victory over Australia.

Jack Brown’s player of the match display plus two tries from Coyd’s younger brother Joe and Nathan Collins helped the tournament favourites recover from going 6-0 down to run out comfortable victors in front of a world record crowd at the Copper Box Arena on Thursday night.

Coyd took the reins in 2020 and was pleased with his side’s resolute defence, restricting Australia to just Diam Karim’s chip and chase and an 80th-minute Bayley McKenna penalty.

However, he has identified where the tournament favourites can improve against Los Toros, who beat Ireland 55-32 in the first game of Thursday’s double header in London.

Coyd said: “I think Spain are going to be great, they’ve got some really, really good players. We will be looking for a much better performance.

“We’ve done some research and information sharing leading up to the tournament, but the vast majority of the focus is going to be on what we can do better – look within, that’s where the answers will be.

“Our attack was really poor [against Australia]. I think we left a lot of points out on the field, where we were just missing that final bit of execution. We overplayed and were impatient which are things that aren’t in our DNA, so I was disappointed with that.

“That being said, I thought our defence was outstanding and that was reflected in the scoreboard because Australia are a really good team, so to hold them to one try is fantastic and I’m really proud of that.”

Theo Gonzalez stole the show for Spain against the Wolfhounds with a 25-point haul, but his dad and head coach Jean-Marc Gonzalez insists the underdogs cannot beat heavily fancied England but will make sure they have to work hard for a victory.

He explained: “They are more or less the same level as [defending champions] France.

“We know we only have a small chance to win but we are going to show that they have to make an extra effort to beat us."

Despite the match being written off as a contest by the Spanish camp, Coyd says he does not have to guard against complacency with his squad fuelled by the desire to avenge two successive final defeats and lift the trophy for the first time since 2008.

He added: “Complacency is not a worry for me in this team, they are so hungry.

“They want to show the world how good they are. They would not let themselves down and underperform through complacency.

“We’ve got to treat the opposition with respect, Spain scored some amazing tries against Ireland, so we will be ready for that.”