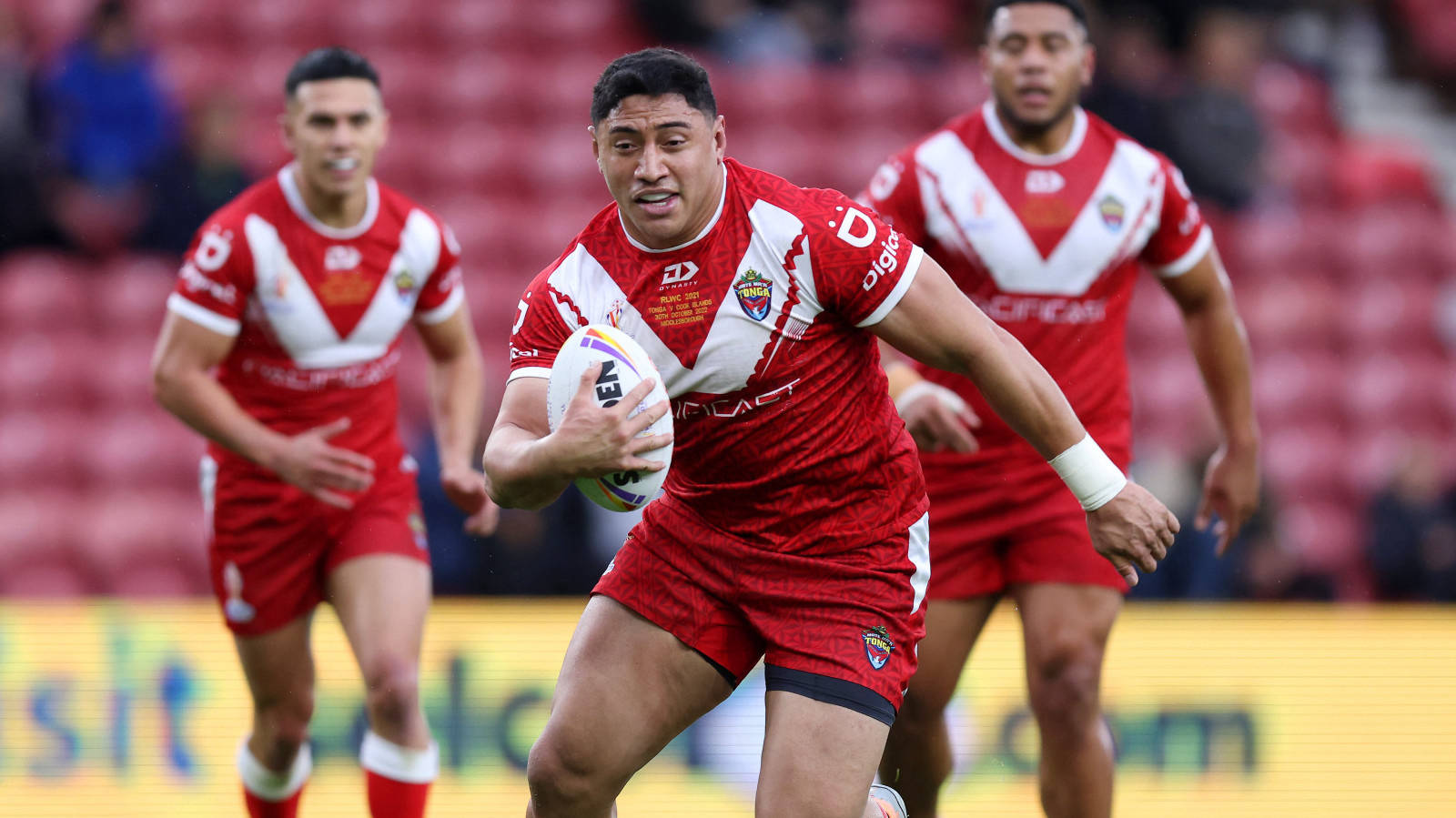 By Josh Graham and James Toney

North Queensland Cowboys superstar Taumalolo will lead his side into a colossal clash against their fellow Pacific Islanders on Sunday in Warrington, having marked his return from suspension with a thunderous two-try display in a 92-10 rout over Cook Islands last weekend.

Trailblazer Taumalolo paved the way for heritage players when he caused a stir by switching allegiance from New Zealand to Tonga in 2017, helping his side to the semi-finals, a run which included a 32-18 win over Samoa in the group stage.

“We’ve had our fair share of fierce battles over the years. It’s great to see players of heritage return back and play for Samoa,” said the 29-year-old loose forward.

“We know they are a tough team and have world class players in their squad too but we will be ready for them.”

Tonga failed to hit their stride in unconvincing wins over Papua New Guinea and Wales but after running in 16 tries against the Kukis to top Group D, coach Kristian Woolf believes they are peaking perfectly having acclimatised to English conditions.

“What that performance gives us is a lot of confidence and a lot of momentum going into what we know is going to be a really tough quarter-final,” said the former St Helens coach who has Saints’ Will Hopoate back fit at full-back.

“We’ve been building each week. We’ve got some real momentum going into a tough game.

READ MORE: What are the teams for Tonga v Samoa?

“Samoa will be a much tougher game and we are going to have to work a lot harder for our tries. It was great to get the opportunity to play a bit of footy and play with freedom against Cook Islands.

“We’ve got a lot of things in our preparation right. Being able to come over and play a trial against France was really important for us. It’s different conditions, it’s slipperier, it’s wetter, it’s dark and the fields are a bit heavier. Most of our blokes aren’t used to that apart from the Super League guys.

“We were always going to get better and we will be better against Samoa on the back of four games.”

Local rivalries are a crucial part of our sporting diet but Samoa captain Junior Paulo played down comparisons between this Polynesian derby and the red-hot furnace of State of Origin footy, having represented New South Wales nine times in that storied clash since 2020.

"We're proud of where we grew up but we're also proud of our heritage, we see how much it means to the people celebrating and parading around for both countries," he said.

Samoa looked a different side against France in Warrington last Sunday to the team humbled by hosts England in the tournament opener, a match their team of NRL stars had actually started favourites.

Paulo has made no secret he still believes a team that includes eight NRL Grand Finalists have all the tools to upset the established world order at the business end of the tournament. It's fair to say the defeat against England in Newcastle made that look a stretch ambitious.

“We’ve got a quality team and we think our best football gives us a chance to do it," he said.

“We knew we'd build through the tournament, playing England first, without hardly any preparation, no warm-up game, that was a tough ask.

“This game against Samoa is the reason you play the sport and we know how much this will mean to fans of both countries watching back home.

“You need to be in it to win it and nothing has changed for us, we are definitely setting ourselves up for that opportunity but this is a big challenge.”