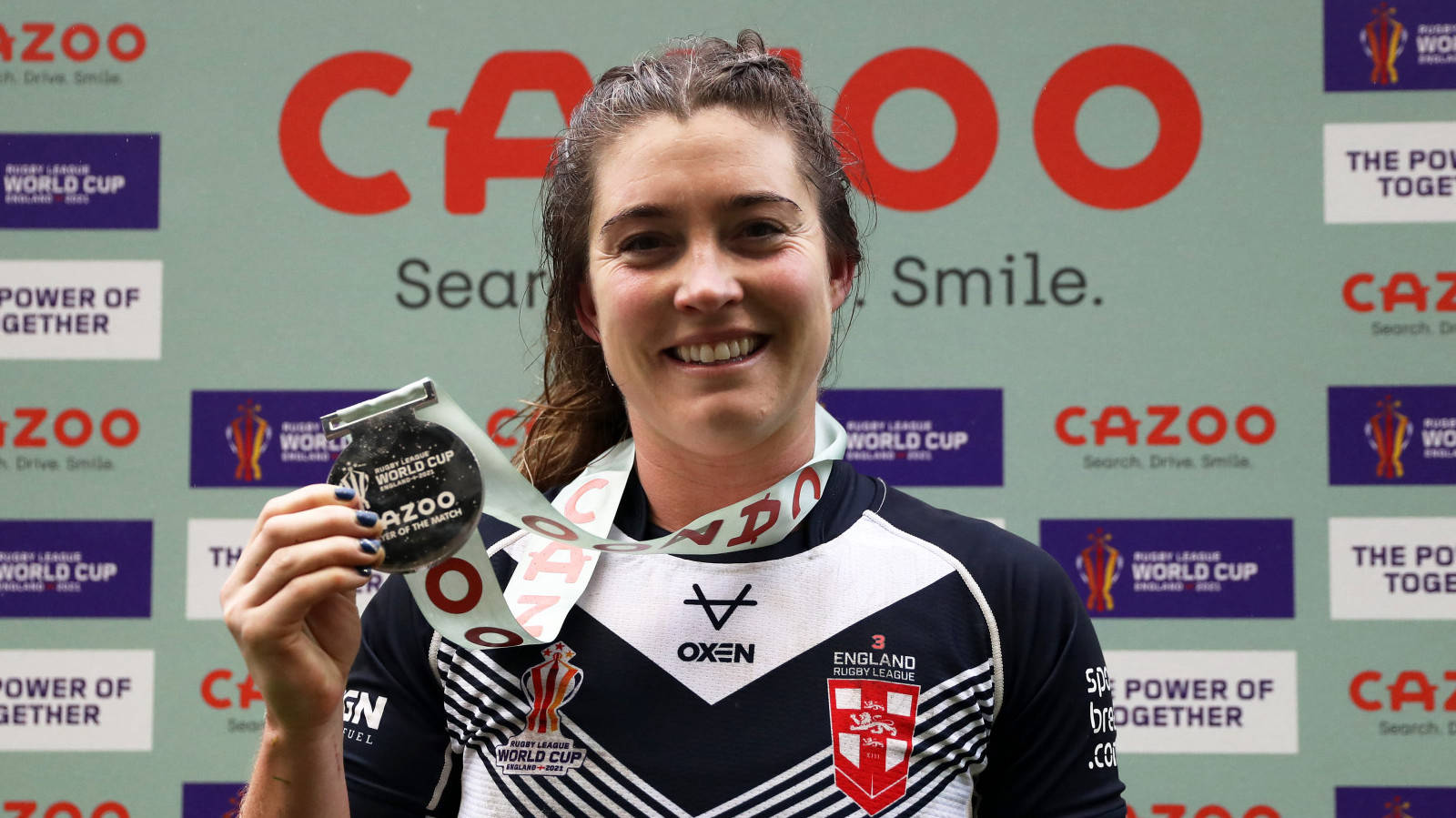 Humble Vicky Molyneux heaped praise on her England teammates after their 54-4 win over Canada put them on the verge of the semi-finals.

Second row Molyneux was named player of the match after making 33 tackles in an emphatic defensive performance that restricted the Ravens, who were semi-finalists in 2017, to one try.

The 34-year-old returned to the England set-up this year after 14 years away, including a break to raise her daughter, and was singled out for her performance on her home ground in Wigan.

She said: "I genuinely don't feel like I deserve it. Part of my performance is I'll leave everything out there.

“I'll dig in deep and defend well but there was individual brilliance across the park today. It's for the team this, so well done girls.

"I had a break from the game. My priority was my daughter, she needed me then. To come back into it at this stage and to earn this is an absolute honour and today is something that I'm so proud of.

“I'm really privileged to do this."

Leah Burke scored the first and last of England’s 11 tries, her opener coming inside the first minute before England had to be patient as Canada attempted to stop their lightning-fast backs.

What a second-half from Tara Stanley!

The hosts then began to find space as Fran Goldthorp weaved her way to the try line from 25 metres out before Roche outdid her, sprinting 40 metres and evading last-ditch tackles to score England’s final try of the half.

Tara-Jane Stanley scored three times in the opening 20 minutes of the second half to put the game out of sight, even as Canada tried to respond through Petra Woods.

Carrie Roberts got a deserved try thanks to a selfless pass from Winfield-Hill before the half-back was involved in Burke’s final try.

England have now won both of their Group A matches having defeated debutants Brazil 72-4 first up, while Canada’s hopes of reaching a second semi-final have been dashed by back-to-back defeats following the 34-12 loss to Papua New Guinea in Round 1.

Stanley said: "It was a really tough test. Canada were really physical. It took a long time for PNG to score against them.

"It was a phenomenal performance and we really put those combinations together and I was fortunate to be on the end of three of them.”

For Canada head coach Mike Castle the defeat to England is a learning opportunity as they look to emulate their opponents.

He said: “I think we did improve in certain parts of the game from the Papua New Guinea game. What's killing us is these mistakes that we're making, including straight from the kick-off.

“They are mistakes we just can't make against good sides like England, they are a quality side and that's what we need to get to.

“It was definitely a good lesson for us, we want to play like England so it was good for us to see what it's like and hopefully, we'll learn some lessons.”