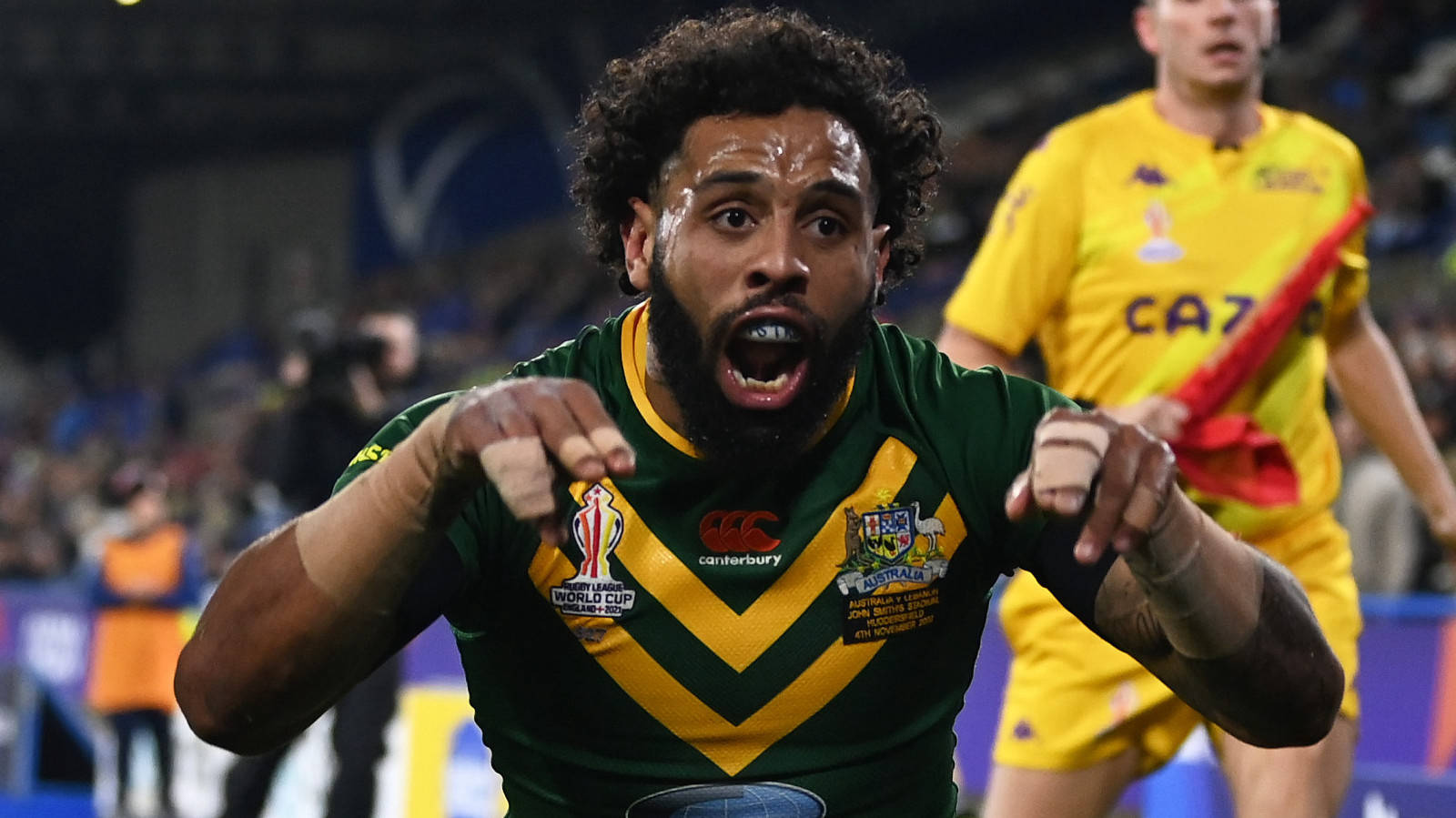 By Jack Lacey-Hatton at the John Smith's Stadium

Foxx scored a hat-trick in just 19 first half minutes and then added two more after the break in a Cazoo Player of the Match performance.

Here are some of the best pictures from the day.

Nathan Cleary missed three of his first four kicks in his first game since securing the Kangaroos No. 7 jersey (Getty Images)