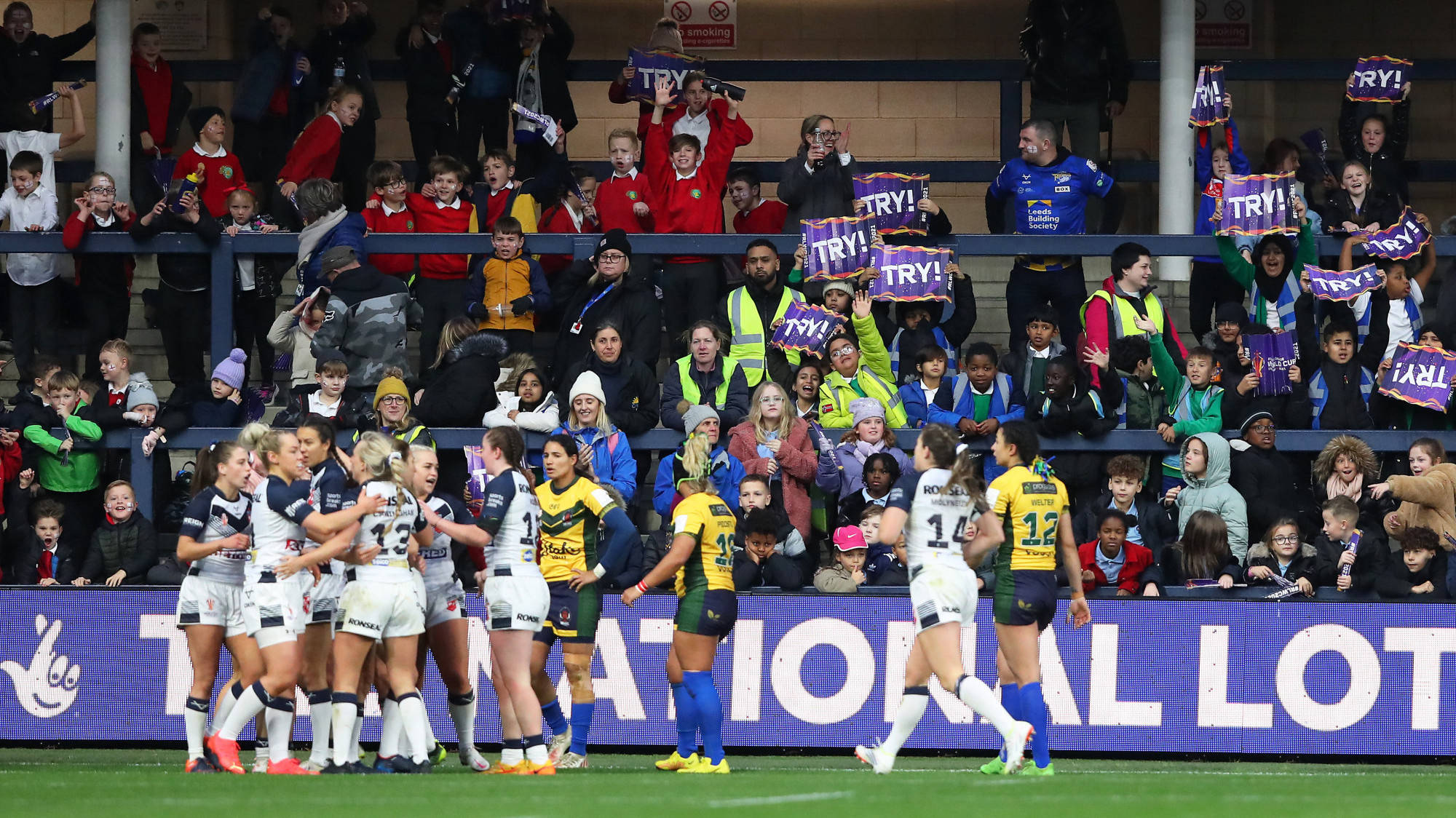 Emily Rudge is ready for the home crowd to ramp up even more as her side kick off an England double-header in Wigan tomorrow.

The women’s side take on Canada in their second group game before England men face off against Papua New Guinea in their quarter-final.

Rudge and her side’s campaign got off to a perfect start with a 72-4 victory over debutants in Brazil in front of a record Northern Hemisphere crowd for a standalone women’s fixture.

“I think that it is really exciting and it's massive for us as players,” the 31-year-old said. “But also, I think it's just great for the sport.

“To have friends and family in the crowd and have so many people cheering for England is going to be super special and I think that's going to really give us an extra boost on the field.

“It's just so amazing to be part of. The game has come such a long way in the time that I've been playing and myself as a young girl did not ever envision it to be like this.

“I think it's incredible that young girls can see all the nations coming and play on an international stage here. That's so exciting for young girls, I would have absolutely loved that as a kid."

The Lionesses take on fellow 2017 semi-finalists Canada at 12pm on Saturday with the Ravens smarting from their 34-12 defeat to Papua New Guinea in their opening game.

Canada skipper Gabrielle Hindley is relishing playing in front of huge crowd, even if they will largely be cheering for the opposition.

She said: “There's no secret we will be nervous, it all comes down to how you manage those nerves.

“For me, it is about finding that calm amongst the storm and just doing what you need to do to be prepared for that game and trying to tune out everything else.

“We haven't had crowds that size yet, but we're looking forward to it and we're hoping we can give them a good show.”

The Ravens are also part of an unofficial double header as England and Canada face off in rugby union and league in the space of nine hours.

? We need to talk about Canada's Laura Mariu.

Last night, Laura ticked off RLWC2021 to become the only player in history to compete in EVERY women's Rugby League World Cup tournament!

The union sides are battling for a place in the final of the Rugby Union World Cup in New Zealand before the Ravens look to get their quest for a semi-final spot back on track.

“Canada has such a depth of athletes. I love that they are going on simultaneously, there's so much inspiration that people at home can draw from seeing a Canadian out there on the world stage reaching their dreams.”