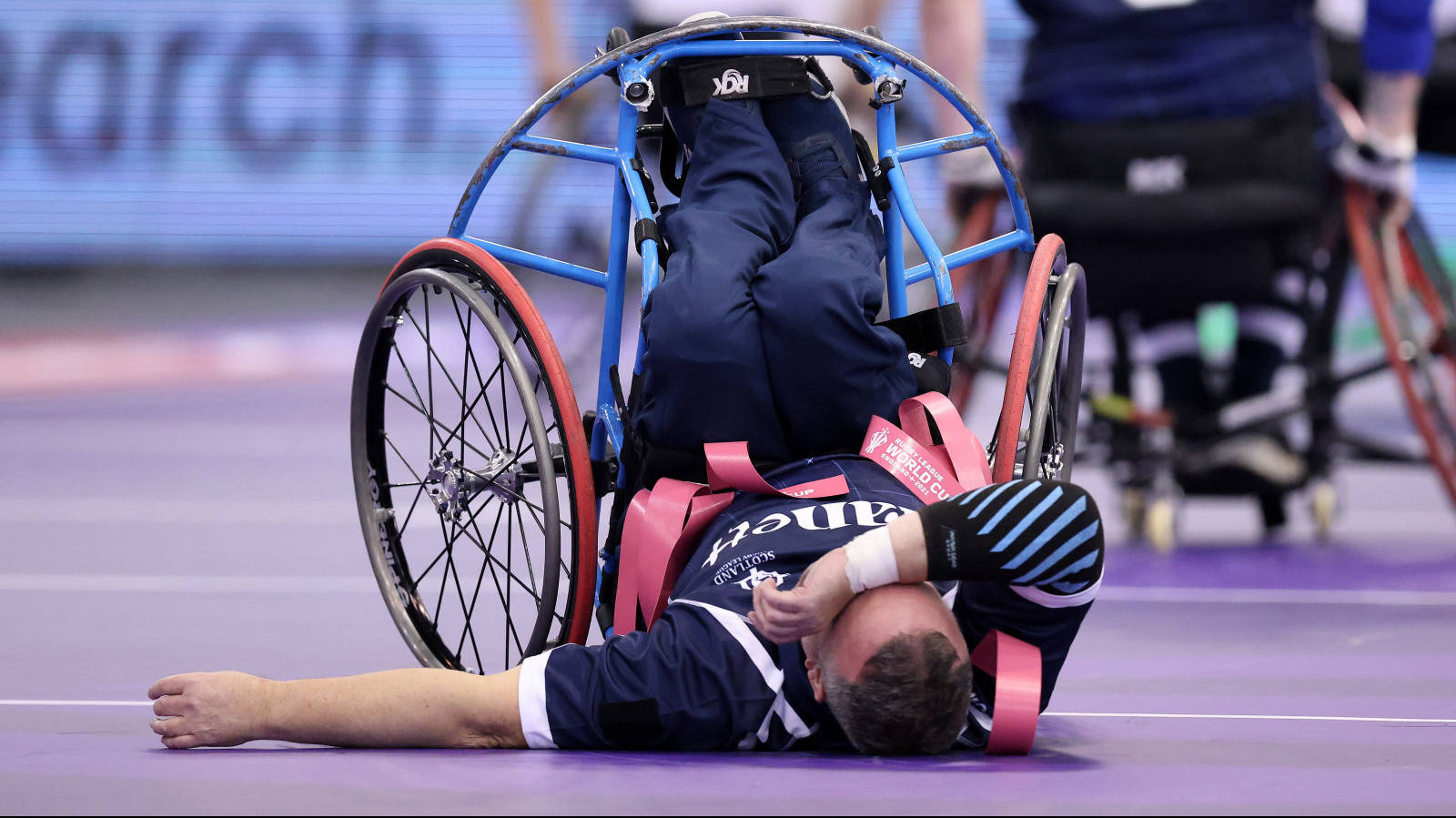 France fell just short of beating their own world record winning margin in a comprehensive 154-6 demolition of Wales.

The reigning champions began their quest for a 'threepeat' in emphatic fashion at the EIS Sheffield, registering an incredible 27 tries with Lionel Alazard roaring into rugby league folklore with the most points ever scored by an individual in a World Cup match with 50.

Relive all the action after the second wheelchair double header in as many days saw Group B get underway in the Steel City.

The USA sent out a strong message with their 12-try 62-41 win over Scotland, player of the match Mackenzie Johnson and captain Jeff Townsend claiming four apiece in a hard-fought battle with the Bravehearts.

Relive all the action from the day's second thrilling clash from Sheffield.