What are the teams for New Zealand v Cook Islands women at the Rugby League World Cup? 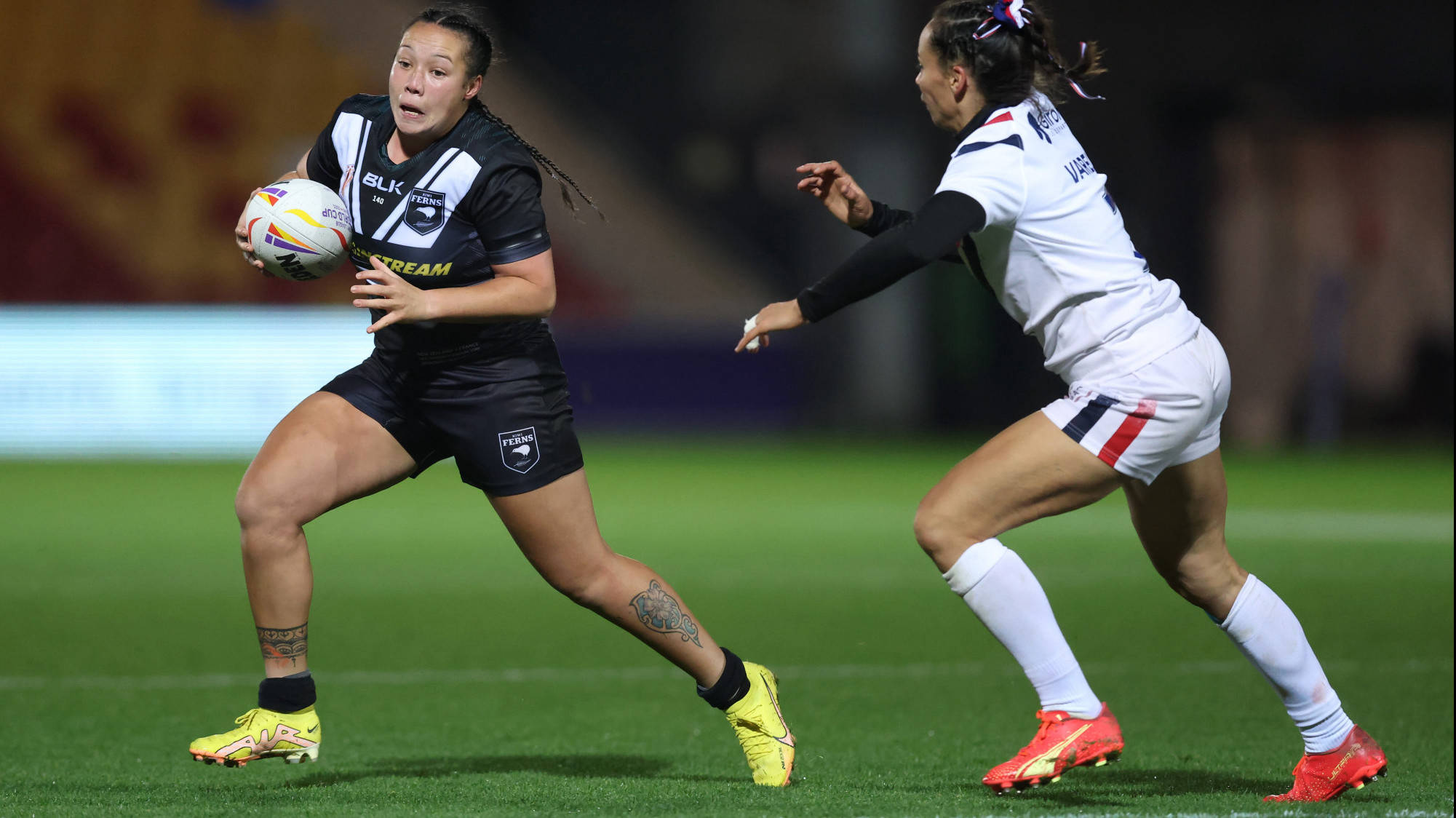 What are the teams for New Zealand v Cook Islands women at the Rugby League World Cup?

Mele Hufanga will make her New Zealand debut when she lines up on the wing for the Kiwi Ferns in their second-round clash against Cook Islands on Sunday.

The 28-year-old has swapped union for league having represented Tonga at the Oceania Rugby Union Women’s Championship earlier this year.

Laishon Albert-Jones also comes into the 17 and will partner Dally M winner Raecene McGregor in the halves.

Co-captain Elianna Walton returns to the Cook Islands’ squad in one of five changes to Rusty Matua’s side.

Kennedy Harrison-Vahua and Maleyna Hunapo are also named in the squad as the Moana look to score their first-ever points against New Zealand.

New Zealand and Cook Islands have squared off twice previously, with the Kiwi Ferns emerging on top both times.

Kiwi Ferns captain Krystal Rota will come up against nieces Karaitiana and Terehia Matua who represent the Cook Islands.

New Zealand have never lost a group stage game, only losing in the past two World Cup finals, and are on a three-match winning streak stretching back to 2020.

Cook Islands played their first game since the 2017 World Cup when they took on holders Australia in the first round of this tournament, losing 74-0.