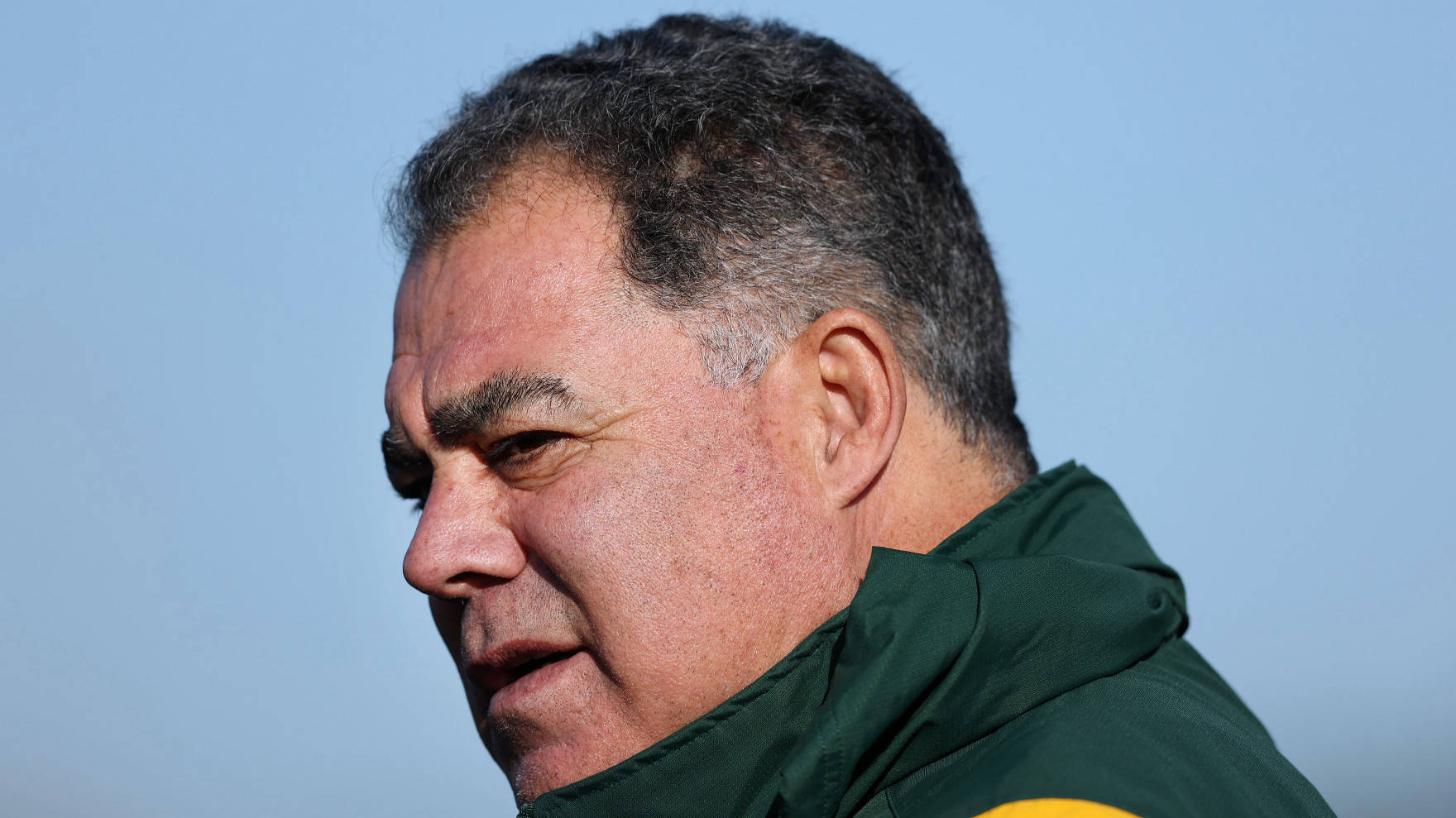 Mal Meninga appreciates “the aura of Michael Cheika” as he prepares to face the former Wallabies coach in the Kangaroos’ quarter-final clash against Lebanon tonight in Huddersfield.

Cheika is a cross-code operator, juggling his role as Lebanon head coach in the Rugby League World Cup with Argentina’s top job in rugby union and faces a dash down to the capital after watching his team under the Friday night lights with the Pumas in action against England at Twickenham on Sunday.

And after steering his side out of Group C with impressive victories over Ireland and Jamaica, following the opening 34-12 defeat to the Kiwis, the Sydney-born mastermind presents a tactical challenge that Meninga fully recognises.

“We’re very aware of who we’re playing against and very respectful of that. We’ve come to play the way we want to play.”

READ MORE: Men's Team of Round 3

Australia are heavy favourites to progress through tonight’s encounter but captain James Tedesco says there will be no complacency about the threat the Cedars pose.

“They’ve been awesome,” said Tedesco. “They’ve been playing some good footy led by Mitch (Moses) and (Adam) Doueihi in the halves.

“They’re trying new things and creating a lot of plays. It’s exciting footy that they’re playing and they gave New Zealand a bit of a test at the start of the World Cup. We can’t just go there and expect to win. We’ve got to go there and create and do all the little things right.”

Having played just four internationals since the 2017 World Cup, and with only five survivors from that campaign in the current squad, Tedesco admits that the new-look Australia team has had to gel on the job.

He said: “We’ve had three games to get our combinations right and get our cobwebs out. We’ve got to play our best footy now – coming to the quarters, it’s do or die.”

The Australian camp has been hit by a virus in the run-up to the tie, with Meninga himself absent from one midweek training session due to illness.

“I’m okay. The virus got me a bit woozy with the head and dizziness,” he smiled. “I think that’s what happens when you get a bit older!”