Meninga backs Penrith star to step up for Kangaroos 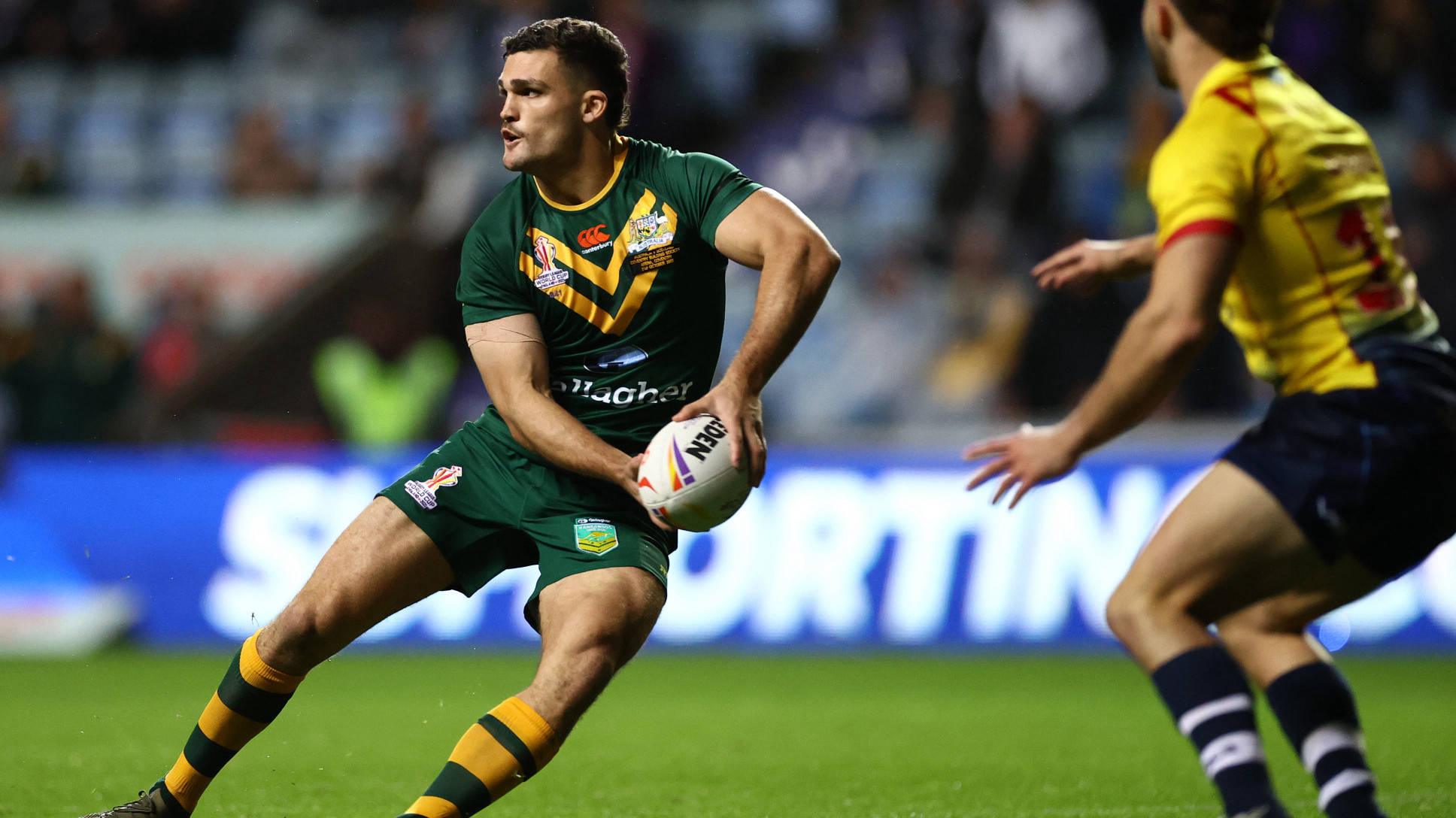 Meninga backs Penrith star to step up for Kangaroos

Mal Meninga has told Nathan Cleary the coveted half-back spot is his to lose after opting for him for Australia’s World Cup quarter-final clash with Lebanon.

The Kangaroos coach admitted his selection dilemma, over whether to choose Cleary or Daly Cherry-Evans, had caused him sleepless nights.

But he has decided to give Penrith’s Grand Final hero Cleary the prized spot alongside Cameron Munster in the halves – and he hopes it is the start of a long and decorated career in the Green and Gold.

“It’s his jersey now,” said Meninga. “And at the start of his career playing footy for Australia, we would like to see him have it for a long period of time.

“I think he’s finding that exciting for himself to play a bit differently to what he’s used to and player under these English conditions, which is obviously going to add to his experience as a player.”

Manly half Cherry-Evans retains his spot in the side with a place on the bench to cover “a few illnesses and a few niggly ones”.

But Meninga admits breaking the news to the 33-year-old, the most experienced player in the Australia squad, was difficult.

“It was tough on him,” Meninga said. “I gave him the exact reason, but it was probably a poor reason really.

“He is obviously disappointed and that’s what you want him to be. You just never know in this tournament.

“But Nathan’s got the front run at the moment, and we hope that he takes it.”

quot;It's a new era for us"

Meninga has given 13 players their first cap during the World Cup group stage, helping him settle on his strongest line-up as they target a place in the semi-finals.

He said: “I made sure everyone had an opportunity to play their best footy and put me under pressure to make these decisions and I thought both (Cleary and Cherry-Evans) did that.

“It gave me some sleepless nights but… you’ve got to make those tough decisions and try and make them for the right reasons. It’s hard to explain to the person that’s missed out what that reason is.”

Meninga’s opposite number Michael Cheika is having to cope with a major headache of his own. But where the Kangaroos boss simply had to make a big selection call, Cheika is trying to manage both the Cedars and Argentina’s rugby union team, who face England at Twickenham on Sunday.

But after giving New Zealand a little bit of a scare in the group stages before some Joey Manu magic swung the game, Cheika is already salivating at the chance to take on Australia.

He said: “How good. If you think about it, we've been really blessed to have the opportunity to play against New Zealand and then now against Australia.