World Cup rookies are ready for opener against Scotland 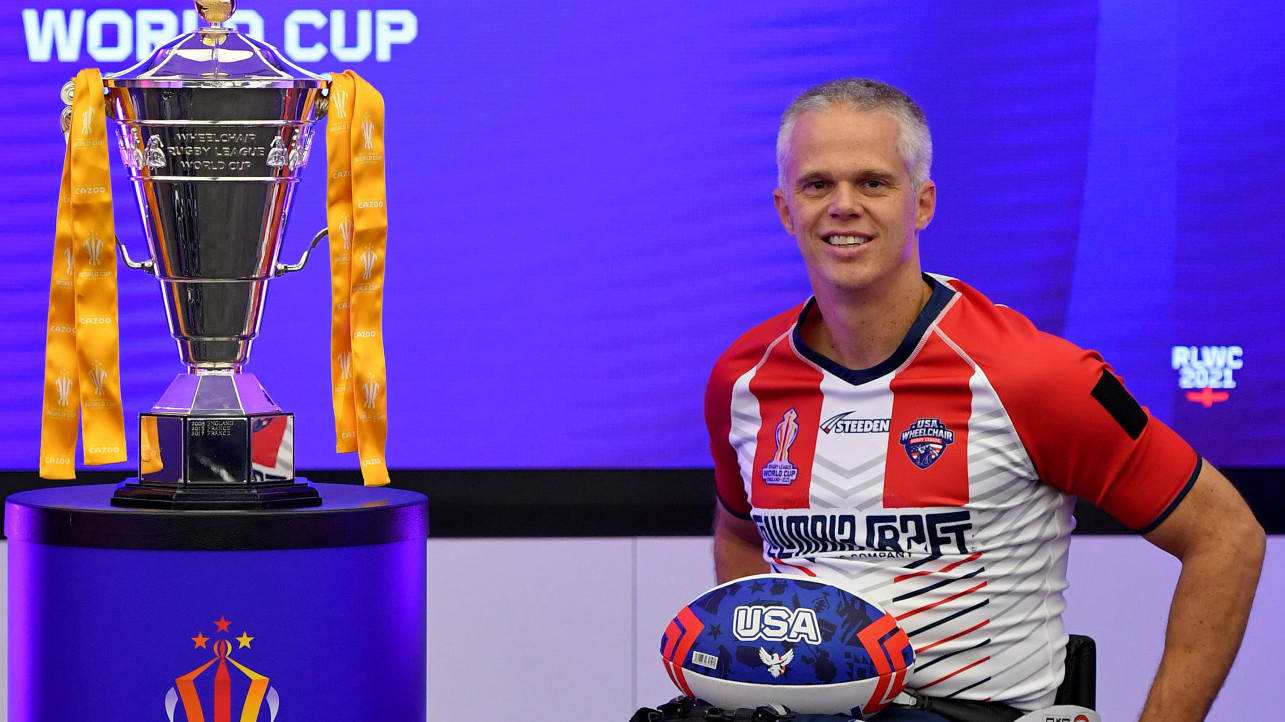 World Cup rookies are ready for opener against Scotland

The USA are not daunted by never having played an international wheelchair rugby league game, instead, head coach Geoff Mason says it is their opponents who should be worried.

Their Group B campaign will end against holders France, and by that point, the USA will hope to have shown they are more than a match for their competitors.

“We've essentially practised every month for about 18 months,” Mason said. “And we have a pretty intense practice regime.

“We had a couple of weekends where we practised both Saturday and Sunday and I think it has helped us.

“We're an unknown quantity, nobody's ever seen us play. We've not played a competitive game against anybody, our first will be against Scotland.

“I think we'll surprise. I'm not saying we're going to win the tournament, but I think that we will carve out our place in this.

“Considering where we started, I'm ecstatic. There's no history of rugby league in the US, we started 18 months ago and there was a lot to teach.

“We've come a long way and I'm very excited about our opportunities, I really think we will be competitive.

“Given it is our first World Cup I think it's going to show that we have the potential to be a very, very strong nation in wheelchair rugby league.”

The USA touched down on English soil on Monday and have quickly acclimatised before their first match.

It is no surprise they are fast to adapt seeing as the group has come together from various sporting backgrounds to prepare for their global debut, as captain Jeffrey Townsend explained.

“We are super excited to be in the country and the team is super, super pumped,” he said. “The anticipation is growing each and every day.

“We've got a great group of guys and one girl on the team and there is a wealth of experience. We've got an able-bodied player who has been playing rugby for about 10 years.

“So he brings a lot of experience on that side and there's a lot of veteran wheelchair basketball players that have decided to join the US squad, so we've got a great group of players that will do.”

And while the USA are keen to show their skill on the court, they are just as concerned with showing their personalities off it.

Mason added: “One aim is to make a very good showing, both on and off the court. We want to show the world that Team USA, not only are we good sportspeople, we're good people.

“To be able to compete hard within the bounds of the game, and to be good citizens of wheelchair rugby league too is what we're looking for.”