What are the teams for England v Canada women at the Rugby League World Cup?

Hosts face Ravens after beating Brazil 72-4 in their opener 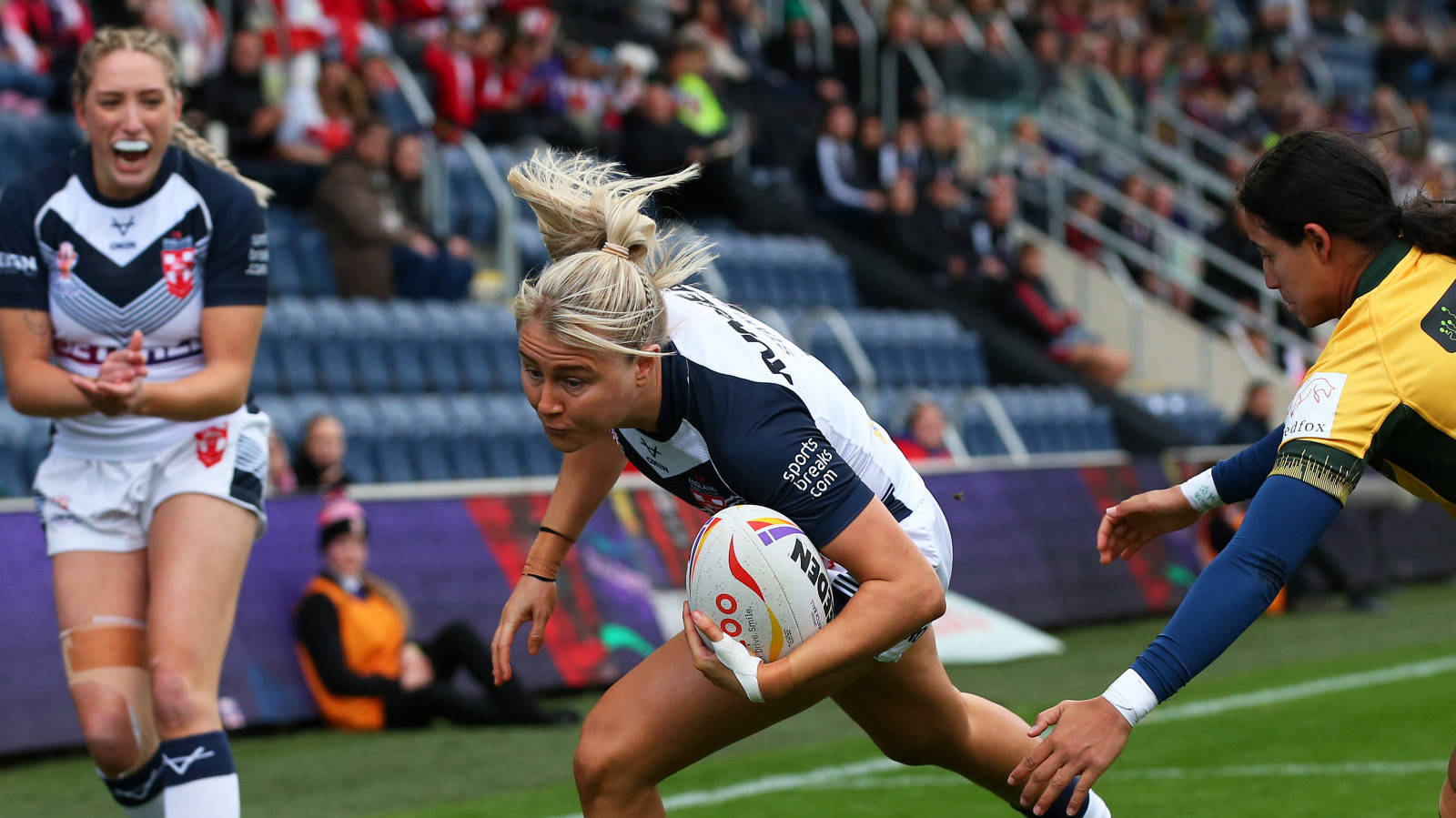 What are the teams for England v Canada women at the Rugby League World Cup?

Hosts face Ravens after beating Brazil 72-4 in their opener

Forward Zoe Hornby is in line to make her England debut at the Rugby League World Cup this weekend after being included in the hosts’ 19-player matchday squad to take on Canada.

Head coach Craig Richards has shuffled his pack, bringing in all seven squad members who didn’t feature against Brazil in their opening 72-4 win at Headingley.

After getting off to the perfect start on Tuesday in Leeds, England will be looking to make it two from two against the Ravens to take control of the group.

Canada coach Mike Castle has shown his hand after his side suffered defeat against Papua New Guinea at Headingley.

Nina Bui is set for her first appearance at the tournament, while wing Brittany Jones also comes in after scoring two tries on her debut against the United States back in April.

Gabrielle Hindley will once again lead the side but Dani Frananda, who made two difficult conversions in the defeat to the Orchids on Tuesday, misses out.

This is the first meeting on the international stage between England and Canada, who avoided playing each other at the previous tournament in 2017.

Canada’s Laura Mariu is competing at her sixth succesive Rugby League World Cup, although this is her first tournament for the Ravens with each of the previous five coming in New Zealand colours.

England are yet to lift the Rugby League World Cup trophy although Great Britain did come close in 2000, finishing runners-up.

Tuesday’s win over Brazil ended a three-game losing streak for England at the women’s World Cup. They have a 50 percent historical win rate at the tournament.

Canada made their Rugby League World Cup debut at the last tournament in 2017.

Their maiden finals win over Papua New Guinea saw them reach the semi-finals where they were beaten by eventual winners Australia.