Despite winning the last two World Cups, France insists they are not the favourites 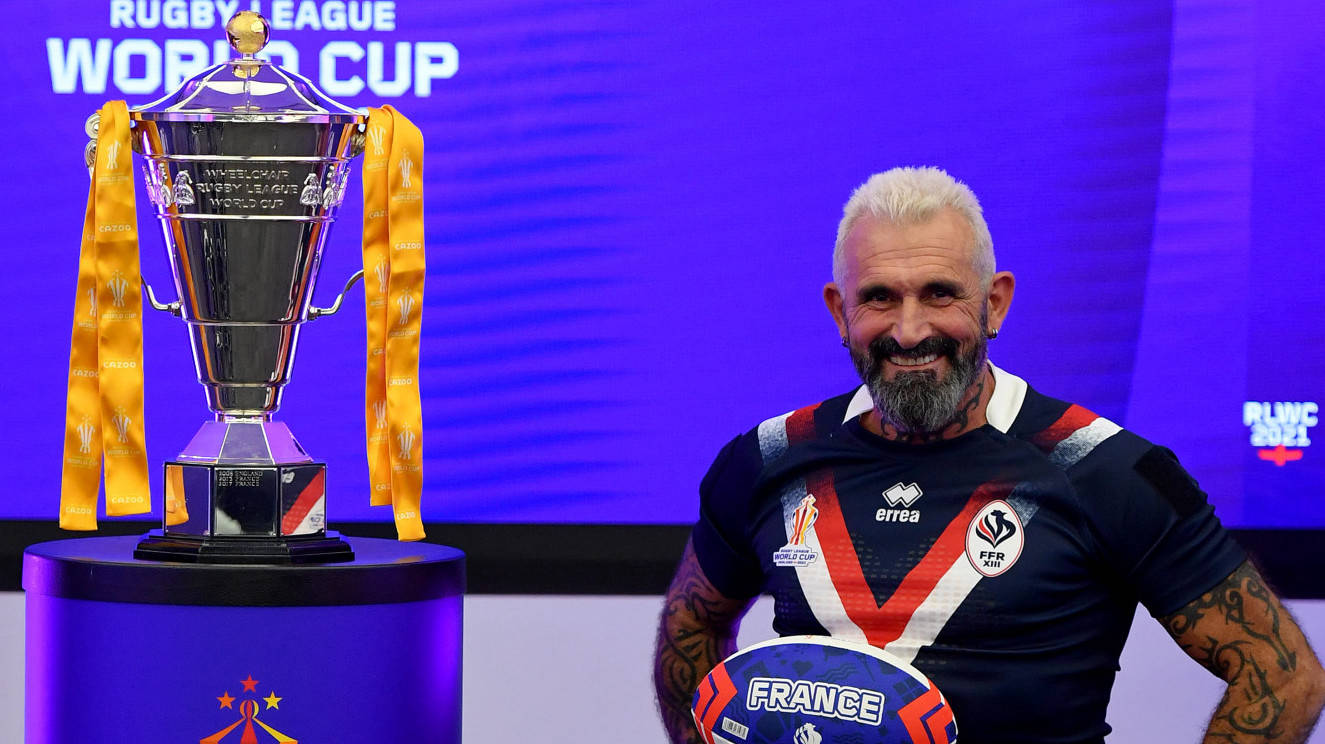 Despite winning the last two World Cups, France insists they are not the favourites

France may be the world’s top ranked team and two-time defending champions, but ahead of the Wheelchair Rugby League World Cup they have one message: we’re not the favourites.

France are one of just three teams, alongside England and Australia, to compete at the previous staging of the events in 2008, 2013 and 2017 and are back for a fourth time, with group stage matches against Wales, USA and Scotland to contend with before a potential semi-final and final.

The past two World Cup finals have seen them beat 2021 hosts England by four points on both occasions; in Gillingham nine years ago, and on home soil in Perpignan four years later.

Back in the biggest event to date, with eight teams taking part, the opportunity to ‘threepeat’ is an enticing one, and something that many believe they will achieve.

Yet, while their pedigree is clear and their target plain and obvious, co-coach Sylvain Crismanovich has firmly pushed the favourite tag to perhaps their main rivals.

He said: “We have one single objective, and that’s to win.

“Our ethos is that we’re here to win something new, it’s not about maintaining our title from before. I think probably England, who nearly won last time around and who are playing in a home World Cup, is under much greater pressure than we are.”

A lot has been made in the build-up to the event about the growth of wheelchair rugby league and the biggest staging of the World Cup to date.

For the first time, the event is being held alongside the men’s and women’s events in England, where in the past it has been held separately - and often in a separate country.

And while the combined World Cup is something to be celebrated, Crismanovich believes the significance of what his squad and the other squads in the wheelchair competition are achieving must still be recognised individually.

He added: “It’s still important to remember that while we’re playing alongside the men’s and women’s tournaments for the first time, these players are in wheelchair rugby, it’s people with a disability who are involved.

“It’s not just about the big show, the big sporting event, it’s about individuals who are achieving a great deal.”

A sense of excitement was also conveyed by France captain Gilles Clausells, who will be hoping to lead his squad to glory over the coming weeks.

He said: “It’s fabulous, it’s the first time this has happened. To have the three tournaments together is a huge success, it’s massive for our sport. It will add a new dimension, I think it’s all positive.

“We’re very excited. When it’s an event of this size, of course we are going to be very excited. Obviously this time we’ve had two years of preparation time, because of covid it’s been pushed back a year, so now we’re extremely ready and also very excited.”