What are the teams for England v Papua New Guinea men in the Rugby League World Cup quarter-final? 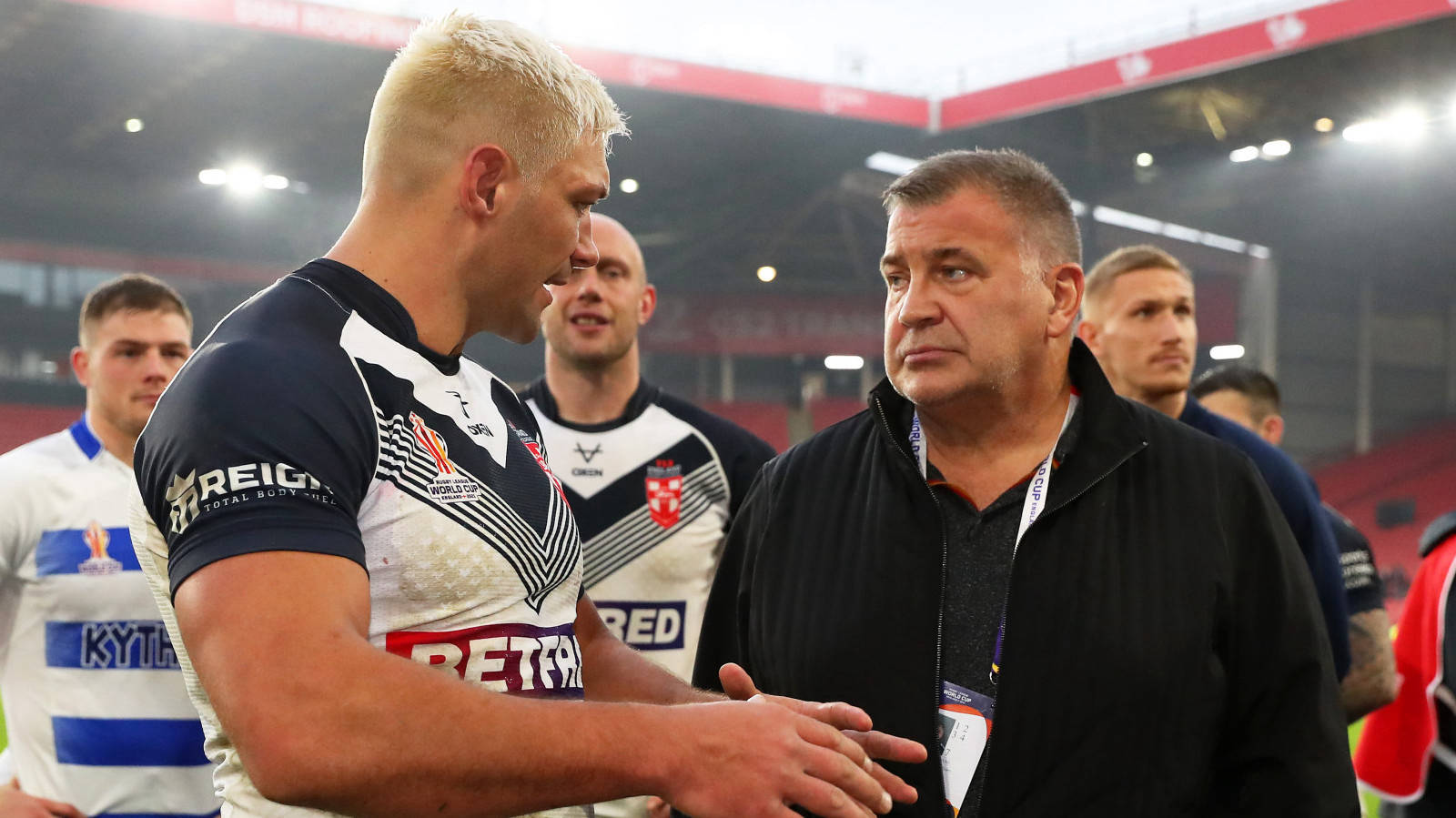 What are the teams for England v Papua New Guinea men in the Rugby League World Cup quarter-final?

Skipper Sam Tomkins is set to return to action to lead England’s charge against Papua New Guinea in the second quarter-final of the men’s competition in Wigan.

As England continue their quest to lift the trophy on home soil, coach Shaun Wane makes five changes to the team that beat Greece 94-4 in their final Group A match.

Captain Tomkins returns after being rested against the Titans, while centre Kallum Watkins has recovered from the injury he sustained against France and is back in Wane’s matchday squad, but there is no place for record try-scorer Ryan Hall with 21-year-old sensation and the tournament's leading try-scorer Dom Young preferred.

Herbie Farnworth, Michael McIlorum and Elliott Whitehead also return to the side but there is no place for Canterbury Bulldogs prop Luke Thompson.

Tommy Makinson, who deputised for Tomkins at full-back against Greece, will return to the wing for the knockout stages and Marc Sneyd is included after a player of the match display last time out but could still miss out in the halves with Jack Welsby in line to partner George Williams.

Papua New Guinea have had two fewer days to prepare than their opponents after beating Wales in their final group match on Monday night in Doncaster.

The Kumuls welcome back Watson Boas and Sylvester Namo to the pack after they were rested from the team that defeated Wales to ensure a place in the quarter-finals.

Prop McKenzie Yei is also back in Stanley Tepend’s matchday squad as PNG look to advance to the last four for the first time in their history.

Papua New Guinea will know they need to be on the top of their game to stop a talented England back three of Sam Tomkins, Tommy Makinson and Dom Young from running riot in Wigan.

If the trio hit their stride with a noisy home crowd behind them, keeping England out could prove too much of an ask for Tepend's team.

With that in mind, the battle between Young and opposite winger Jimmy Ngutlik, who produced a world-class display in the win over Wales, could prove decisive.

England loose forward Victor Radley will be relishing a first match-up with childhood friend and teammate since the age of seven, Lachlan Lam.

Radley will be looking to put pressure on the half-back to help put him on course for another Lam clash, this time against Lachlan's father, Kangaroos assistant and Radley's mentor Adrian in the final, if both England and Australia make it all the way to Old Trafford.

Where will the match be won?

The physical battle between the two teams could be key to deciding who goes on to the Emirates Stadium in London for the second semi-final.

Papua New Guinea will give England their toughest challenge yet in this department, boasting a side known for strong carries and packing a physical punch.

Wane’s team will have to withstand a potential bruising if they want to reach the last four.

In addition, England have only conceded 28 points in the tournament so far, but the Kumuls will test their defensive resolve in a way none of their group opponents were able to.

Papua New Guinea have averaged 28.7 points across their three group games and with prolific goal-kicker Rhyse Martin, Lachlan Lam and Kyle Laybutt all having scored multiple tries, England’s ability to stop their powerful ball-carrying could decide the contest.

This will be a tough ask for the hosts, particularly with the likes of elusive Leigh Leopards hooker Edwin Ipape in the Kumuls ranks.

The Papua New Guinean dummy half has made seven line-break assists at the World Cup, the joint-most of any player at the tournament alongside Australia’s Nathan Cleary.

England and Papua New Guinea have met three times previously on the international stage with England winning all three previous encounters, most recently a 36-6 victory at the same stage of the last Rugby League World Cup back in 2017.

However, in 2019 Papua New Guinea did defeat a Great Britain Lions side nearly entirely made up of English players, 28-10.

Papua New Guinea have run for 494 metres from dummy half at the 2021 men’s Rugby League World Cup, accounting for 9% of their total metres at the tournament – the highest rate of any of the remaining eight teams in the knockout stages.

After navigating Group A with a flawless record, England have now only lost two of their last nine World Cup matches, both against Australia in 2017.

The last time England lost to a team other than Kangaroos came back in 2013 when they were beaten 20-18 in the semi-final by New Zealand.

Saturday marks the third time that Papua New Guinea have progressed to the knockout stage of the men’s Rugby League World Cup.

After qualifying from Group D with two wins and a defeat (against Tonga) the Kumuls have an overall historical record at the tournament of nine wins and one draw from 34 matches.