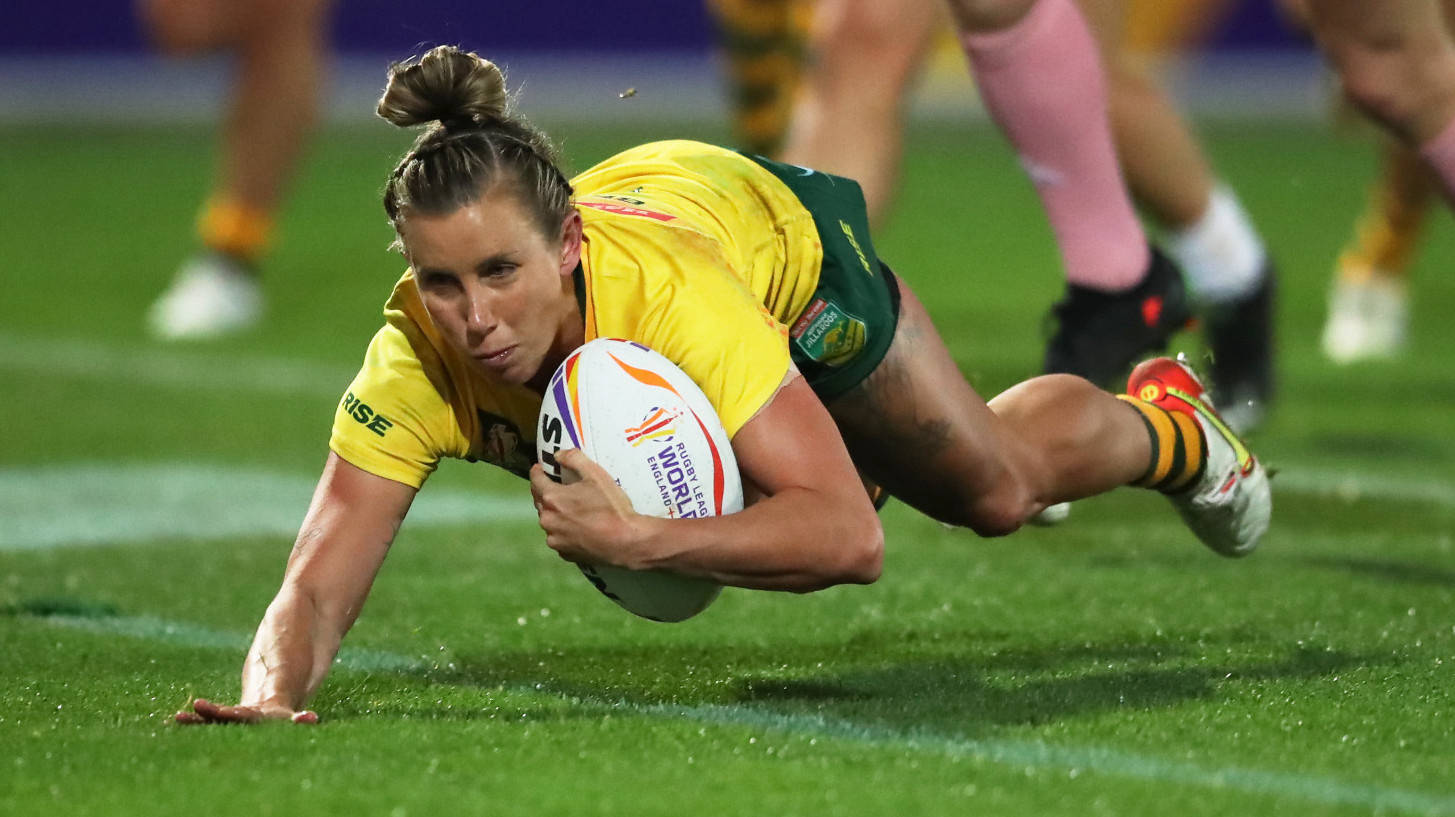 Sensational Sammy Bremner got Australia's World Cup title defence off to a ferocious start with four tries in the 76-0 victory over the Cook Islands in York.

The reigning champions crossed consistently despite the stormy weather but 30-year-old co-captain Bremner stole the show in a 14-try demolition as history repeated itself, the Jillaroos having also defeated the Moana in their opening game in 2017.

Evania Pelite collected a hat-trick on debut while Tarryn Aiken and Julia Robinson bagged try doubles with Caitlan Johnston and debutants Shenae Ciesiolka and Taliah Fuimaono the other scorers on a comprehensive night for the world's No.1 side.

The emphatic scoreline saw Brad Donald's side leapfrog New Zealand at the top of Group B after the Kiwi Fearns had earlier beaten France 46-0.

Pelite opened the floodgates for Australia in the second minute before Johnston broke through the line and darted in behind to stun the opposition six minutes later, Lauren Brown landing her first conversion on a windswept Wednesday night.

Tarryn Aiken and Bremner crossed before Pelite completed her double in 24 minutes and Ciesiolka claimed the sixth try on her debut, sprinting past a rapidly tiring Cook Islands defence to saunter over the line.

Robinson was next to dot down after rushing on to Ali Brigginshaw's poke forward to make it 36-0.

The Cook Islands made a dent in the Jillaroos defence in the final minutes of the first half but an early kick in the tackle count passed possession back to Australia before the break.

Their mistakes continued in the second half as a knock on by Charlize Tumu-Makara while diving over the whitewash denied  Cook Islands what would have been their only points of the game.

That opened up the opportunity for full-back Bremner to easily pick her way through the Moana defence and she gladly accepted to dot down for her second.

New girl Fuimaono has battled numerous injuries just to make Donald's World Cup squad and smiled with delight as her show and go saw her cross the line in the 53rd minute, a moment she would have dreamt of.

Australia continued to dominate possession as Robinson picked up her second and Bremner silenced the beat of the Cook Island drum, taking her tally to four with two more simple scores.

Pelite, an Olympic gold medallist in rugby sevens, rounded off her hat-trick in the 69th minute, collecting a pass from Aiken and sliding into the corner.

The Cook Islands again pressed in the final minutes of the half to get onto the scoreboard, but it was Aiken who crossed for Australia's 14th try of the night as the rain began to descend.