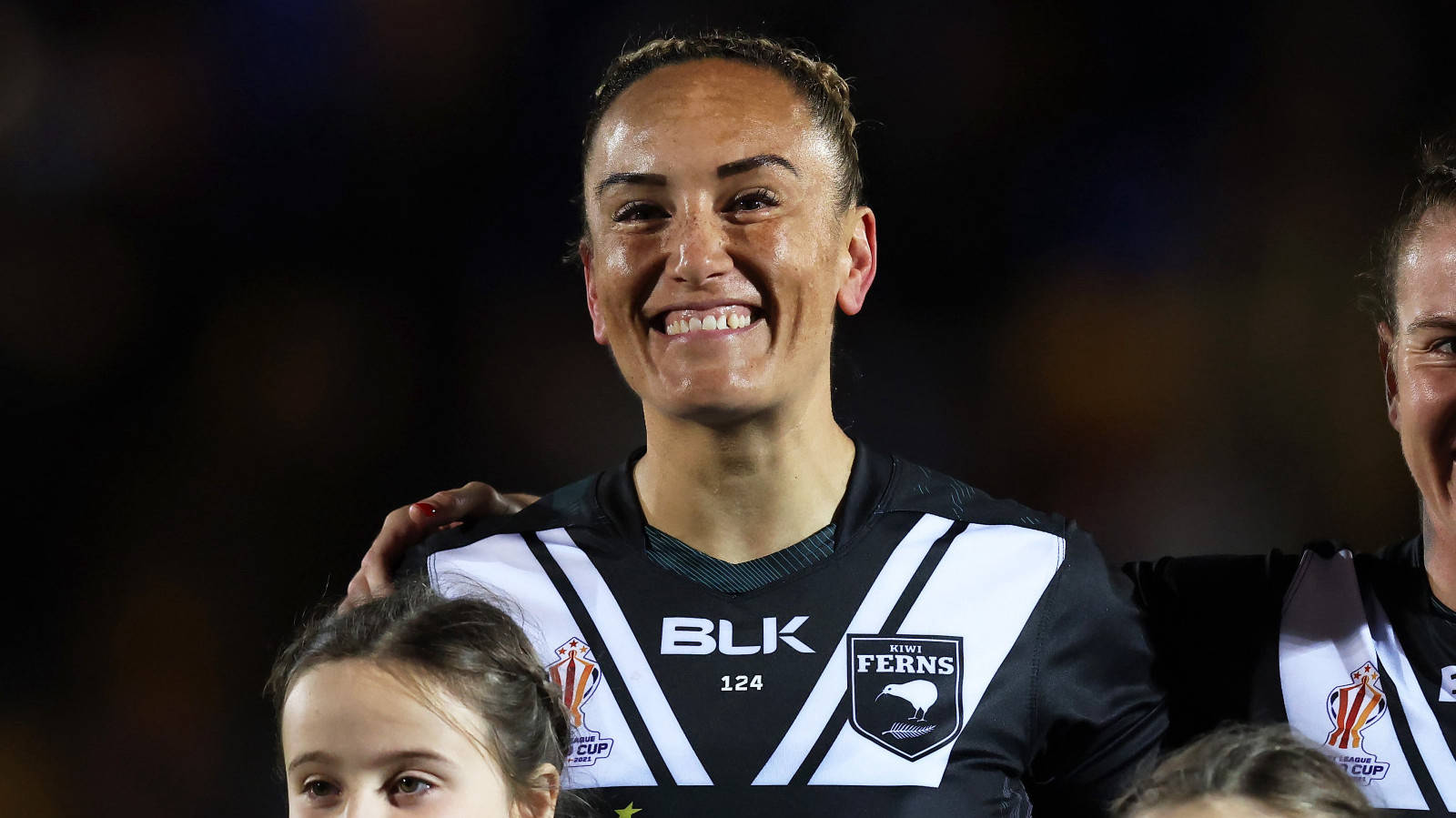 New Zealand captain Krystal Rota revealed she had to steady the ship at half-time as the Kiwi Ferns opened their World Cup campaign with a 46-0 victory over France.

New Zealand are looking to secure their fourth world title after losing the final to Australia in the previous two editions but struggled to make an impact against a stubborn France defence in the opening quarter of their Round 1 fixture.

Madison Bartlett got the ball rolling with the first try in the 23rd minute before Apii Nicholls, Amber Hall and Roxy Murdoch-Masila helped put the Kiwi Ferns 26-0 up at half-time but skipper Rota still felt the need to issue a rallying cry to her side in the sheds.

The Ferns showed what they're capable of with a big win over a battling French side – including a special final try from Shanice Parker!#RLWC2021 | #NZLFRA | @NZRL_Kiwis pic.twitter.com/bZcdPSrLGj
— Rugby League World Cup 2021 (@RLWC2021) November 2, 2022

She said: "France definitely came out to play and we had to play into the storm in those first 20 or 25 minutes, so they were prepared, and they played outstanding throughout the duration of the game.

"I really don't think the scoreboard reflects their play today.

"At half-time, there were a lot of girls with first game jitters and a few debutants too so we were trying to tell the girls to just weather the storm of the game throughout.

"You can't come into a World Cup and expect to play your best footy right off the bat. Of course it was when we started playing what we've been taught, then it seemed to fall into place.”

A double from Katelyn Vaha’akolo, Murdoch-Masila’s second and a try for Page McGregor added to the total in the second half before a storming finish from Shanice Parker rounded off proceedings in style at the death.

Les Chanticleers head coach Vincent Baloup admitted his side struggled in the blustery conditions but commended their effort in the face of a physically imposing New Zealand who posed a constant threat.

France lost 88-0 in their last meeting with the Kiwi Ferns but an obvious improvement in defence helped them push their opposition in the opening stages in York and Baloup hopes his team can continue to take strides forward in the coming games.

He said: "We were prepared after six months training in France, obviously it's very different to actually play here and the weather was definitely a big challenge.

"They kind of ambushed us but we don't expect this kind of game against them.

"We really drained them for 20 minutes and we did a good job during this time.

"The physical impact of the New Zealand team was worse than England but we did a good job.

"It was only the first game and there will be another step forward and we will go forward and do better and be better for the next nations."