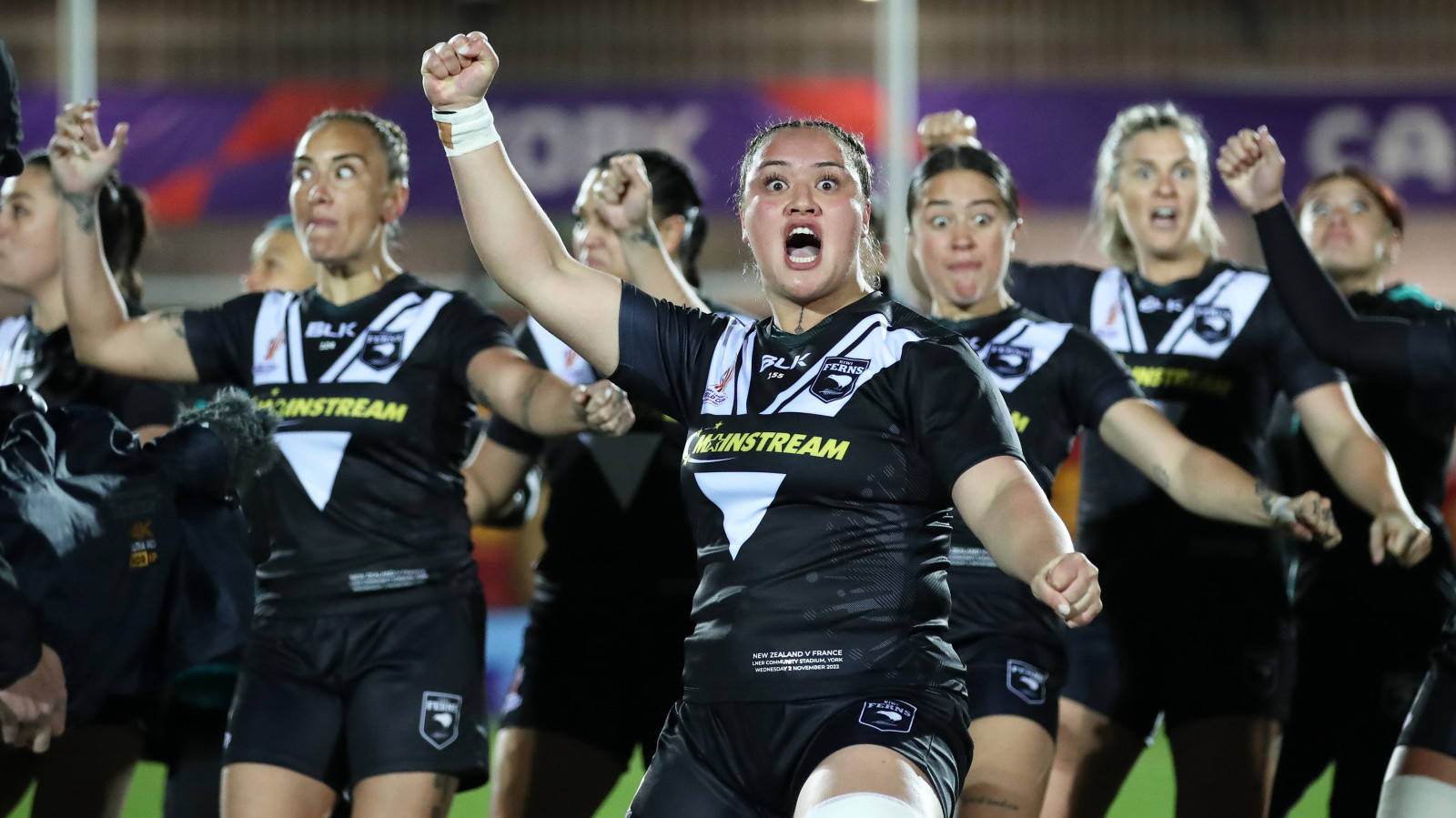 Ricky Henry's team were forced to earn their victory as Les Chanticleers put up a terrific fight in defence before Madison Bartlett finally opened the scoring in the 23rd minute for the heavily-fancied Kiwi Ferns.

Apii Nicholls, Amber Hall and Murdoch-Masila's first ensured the three-time champions went in 26-0 to the good at half-time.

And they took the second half by storm as Vaha’akolo crossed for two either side of Page McGregor's try before Murdoch-Masila grabbed her second and Shanice Parker rounded things off in style to send New Zealand temporarily top of Group B.

Relive the best of the action through a selection of the top photos from tonight's action.

Sensational Sammy Bremner got Australia's World Cup title defence off to a ferocious start with four tries in the 74-0 victory over the Cook Islands in York.

The reigning champions crossed consistently despite the stormy weather but 30-year-old co-captain Bremner stole the show in a 14-try demolition as history repeated itself, the Jillaroos having also defeated the Moana in their opening game in 2017.

Evania Pelite collected a hat-trick on debut while Tarryn Aiken and Julia Robinson bagged try doubles with Caitlan Johnston and debutants Shenae Ciesiolka and Taliah Fuimaono the other scorers on a comprehensive night for the world's No.1 side.

The emphatic scoreline saw Brad Donald's side leapfrog New Zealand at the top of Group B after the Kiwi Fearns had earlier beaten France 46-0.

Here are the best photos from tonight's second game.