Meninga puts the Cherry-Evans on top of his Cleary cake 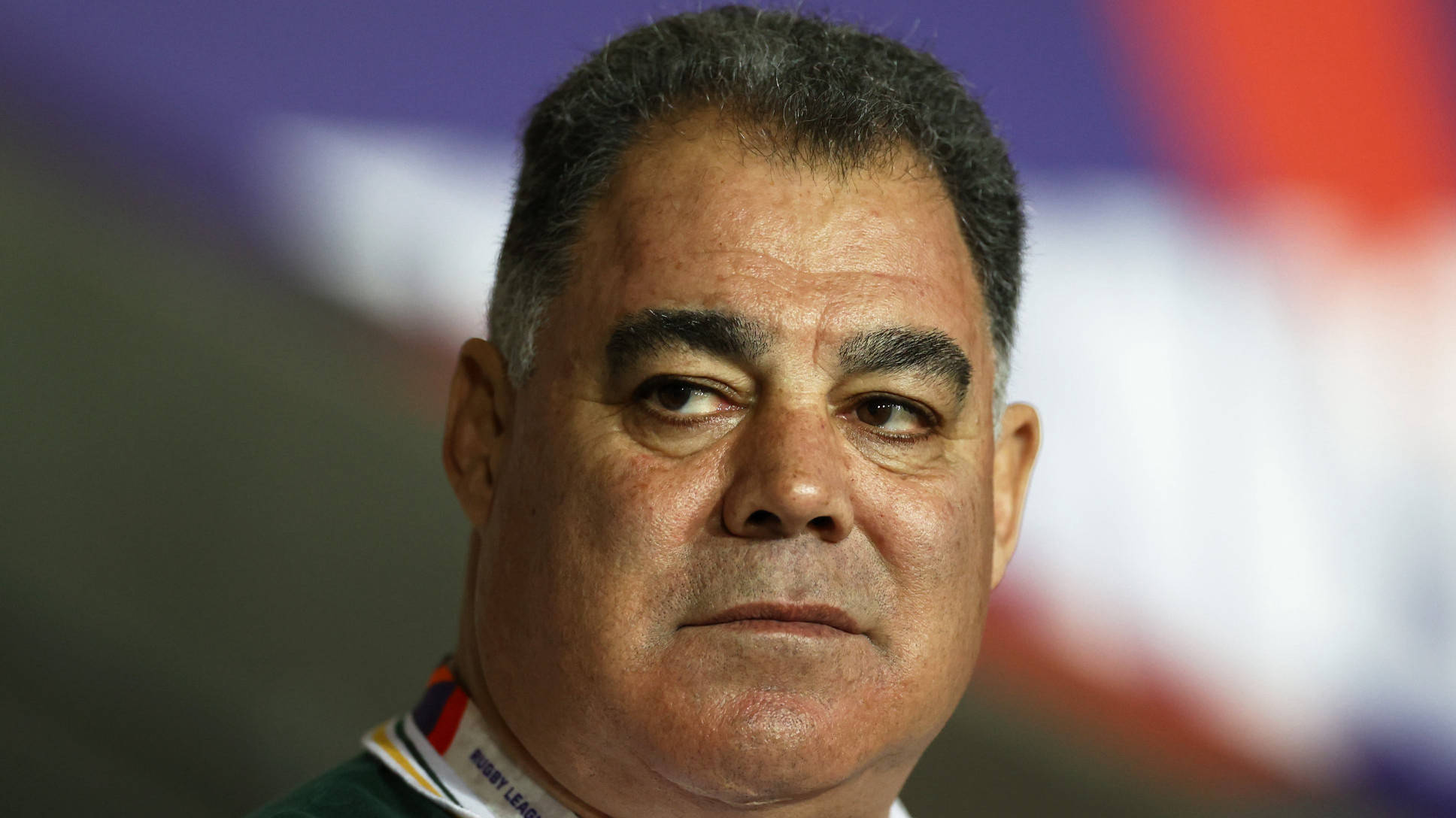 Meninga puts the Cherry-Evans on top of his Cleary cake

Mal Meninga's short-lived political career remains a footnote in his stellar resume but his selection for the Kangaroos quarter-final date with Lebanon may just take inspiration from Westminster’s newest doctrine.

You hear a lot in the UK about the political school of ‘cakeism’ - the policy of 'having your cake and eating it' - and that sort of sums up Meninga’s decision to include both Nathan Cleary and Daly Cherry-Evans in his Rugby League World Cup match day squad for the date with the Cedars in Huddersfield.

Which of the two star players will partner Cameron Munster has been the talking point of the defending champions’ impressive three group victories.

Cherry-Evans played against Fiji, Cleary made an eye-catching debut against Scotland and both took on Italy, with a rested Munster watching from the stands.

Meninga has admitted the decision had been haunting his dreams and perhaps has taken the lead from mentor Bob Fulton, who faced a similar choice between Allan Langer and Ricky Stuart in the 1994 Kangaroo tour, before electing on a mix and match approach.

“I think Bozo picked both of them initially so I might take that trick on board and see what happens," said Meninga.

"I was there and it was a tough decision. I could do that. My plan was from the quarter-finals onwards was we'll have our best team playing for as long as we remain in the tournament. We've got great depth in this footy team, all 24 players are worthy of these positions."

Cherry-Evans, the most experienced player in Meninga's squad, makes no secret he wants to be involved at the business end of the tournament, with Australia's win over the Azzurri a record 15th consecutive Rugby League World Cup victory.

READ MORE: What are the teams for Australia v Lebanon?

He was bossing the halfback position until the pandemic put the international game on the bench and has the experience of pressure games, leading Queensland to State of Origin glory alongside Munster.

Cleary remains an international newcomer, though his lack of action is only down to a shortage of international games due to Covid, with many regarding him as the world’s top player.

Cherry-Evans spent time during training at dummy half and five-eighth, as Meninga shuffled his pack to ensure coverage around the paddock, Munster even deputising for captain James Tedesco at full-back.

And you sense the Manly star is more open to shifting outside his preferred position.

“I’m definitely ambitious for more but I just don’t know what is going to happen so I have just got to keep enjoying it," he said.

"Nathan is a great player. He played really well again and you can see why Penrith have been so strong and will be for a long time."

Reagan Campbell-Gillard is out of the 19-man squad after picking up an injury against Scotland but Campbell Graham – with five tries in two games - is named after recovering from what seemed a nasty knock to his elbow.

However, there is no place for teenager Jeremiah Nanai – the Cazoo Player of the Match against Italy - while Ben Hunt is rested after playing all three group games and flying winger Josh Addo-Carr is back after sitting out the 66-6 thumping of the Azzurri.

"All 24 players have been outstanding so far in the tournament," added Meninga. "It is extremely difficult to leave any player out.

"We have reached the knockout stages of the tournament and we need to ensure we have consistency in the squad and in the positions. Lebanon are a very good side and we expect a strong and creative performance from them."