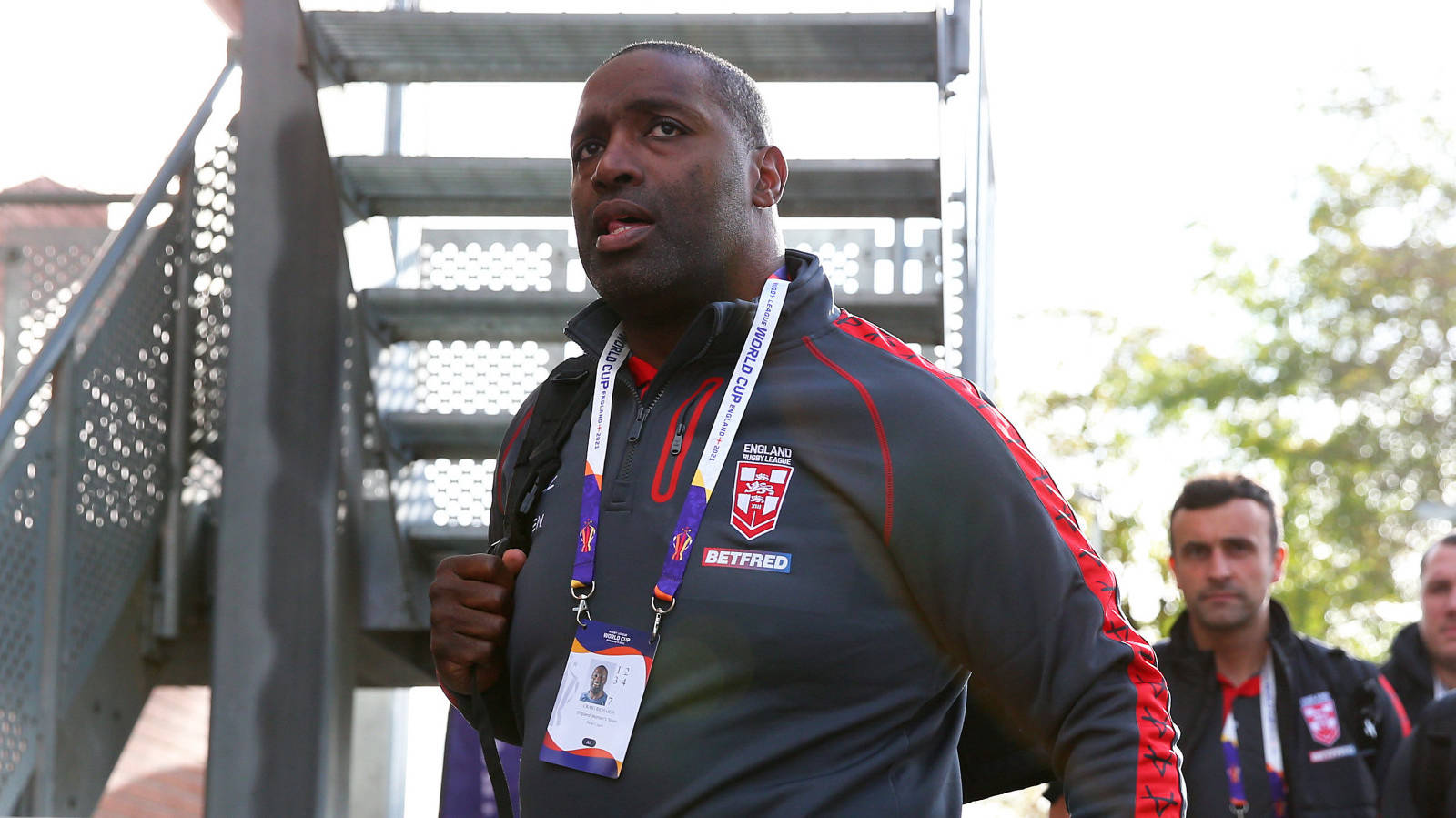 England head coach Craig Richards said his side will have to be more patient going forward despite opening their Rugby League World Cup campaign with an emphatic 72-4 win over Brazil.

The host nation kickstarted the women’s tournament in fine style in Leeds by running in 14 tries against the Amazonas, playing only their third international, to go straight to the top of Group A.

But Richards believes his team will progress and improve, as they look to navigate the tournament, particularly when it comes to showing greater restraint with ball in-hand.

“It was a fantastic way to start the tournament,” he said. “When you go into games like this you understand that space will open up for you and when you get your hands free sometimes you will force the pass.

“Once we settled in you could see some of the stuff we have been working on. We’ll grow as we get more minutes.

“We’re trying to win a tournament and it is about building gradually, so I’m thrilled with the girls.

“I loved the way we defended, we had energy in our defence and we knew we needed that today and for the rest of the tournament. Enjoying that defending gives us the license to play.

“I won’t be harsh on the team, but at times we’ll have to be more patient and build sets, but that will come as the tournament goes on.”

Although Richards admitted he was frustrated to concede a try, Natalia Momberg snuck over to make history for Brazil, he was delighted with the way England responded with three late efforts of their own to break the 70-point barrier.

“I was disappointed with the try because I wouldn’t want to give them anything,” he added. “I was excited to coach against them and think they have a great future.

“Of course I wasn’t happy to concede the try and we’ll review that.

“But I will also focus on the response to the try, the two sets after from us were awesome and that it was this England team is all about.”

Meanwhile, Brazil coach Paul Grundy was pleased with the commitment shown by his team, taking on one of the tournament favourites in their Rugby League World Cup debut.

He also believes that despite the defeat, his team will still have a ‘real crack’ at qualifying from Group A, with matches to come against Papua New Guinea and Canada.

“I can’t say I’m disappointed I’m very happy with the girls, they put it all in,” said Grundy. “We made some errors and England spotted early on we had an issue with the edge, but we’ll repair that.

“France gave us a good warm-up, but England were definitely next level, they were very good so hats off to them.

“A lot of the girls play in sevens and are used to scrambled defence, more than organised defence but that will come with time and experience.

“We’ll work hard in those defensive areas and improve.

“We’re going to have a good crack against Canada and Papua New Guinea and I think it will be fairly even.

“These girls give a lot and we’ll give it everything we have.”