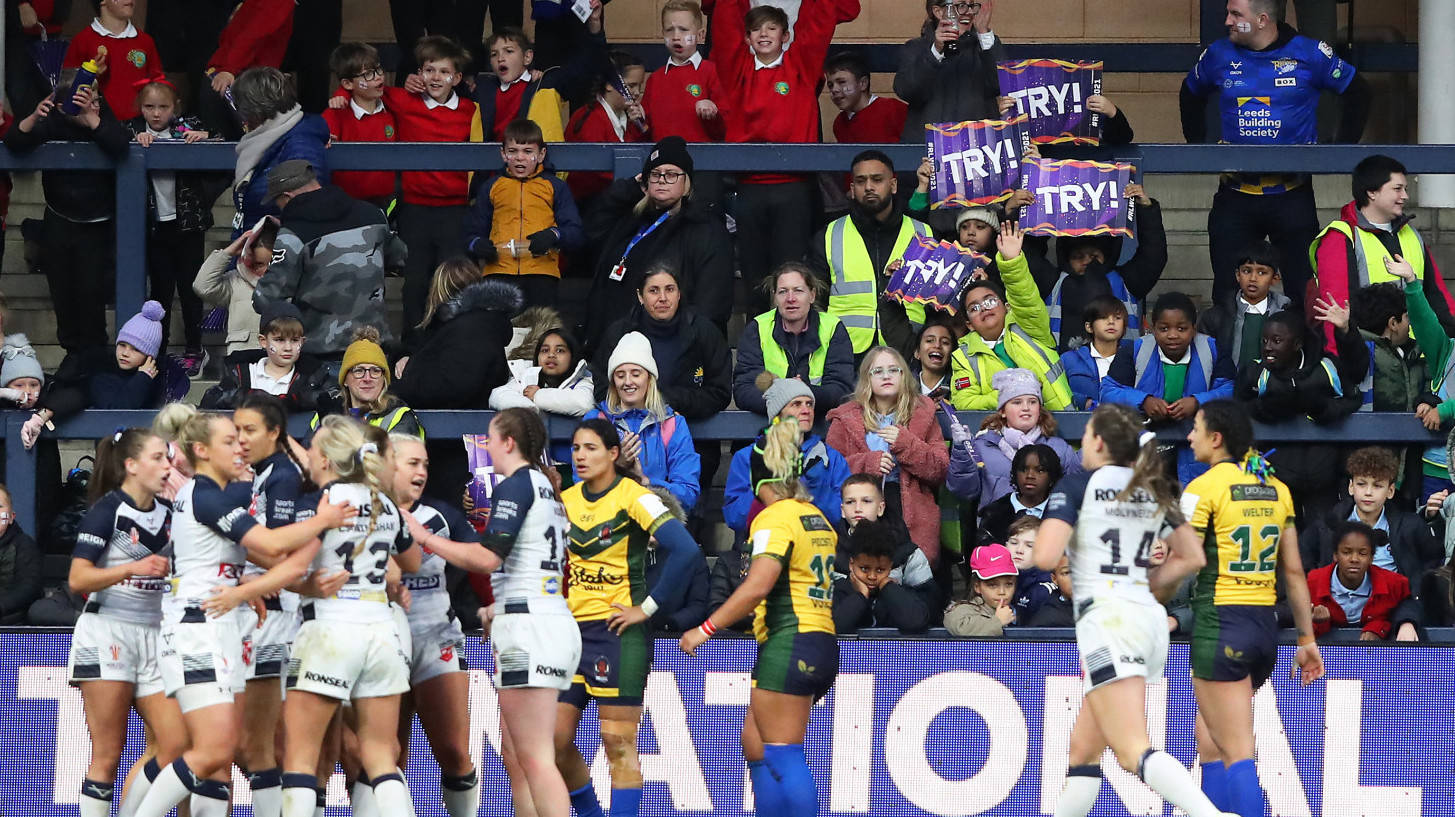 Courtney Winfield-Hill’s first three international tries ensured England got their women’s Rugby League World Cup campaign off to a flying start with a 72-4 victory over Brazil.

In front of a noisy record-breaking crowd at Leeds’ Headingley Stadium, Craig Richards’ team showed no sign of home-nation nerves, racking up 14 tries as Amy Hardcastle also bagged a hat-trick and Tara Jane Stanley registered a double in a convincing win

It was a historic occasion for Brazil and they played their part in an entertaining contest, with Natalia Momberg’s second-half try guaranteeing her place in history as the first points-scorer for a South American nation at a Rugby League World Cup.

Relive all the opening-day drama with the best snaps from the first of the double header in Leeds.

In the day's second game, Martha Molowia lit up Headingley Stadium to help Papua New Guinea get past a battling Canada 34-12 in their opening game at the Rugby League World Cup.

The player of the match scored two superb tries either side of half-time, setting her team on their way to a first ever win at the finals.

Relive all the action between the Orchids and the Ravens below.