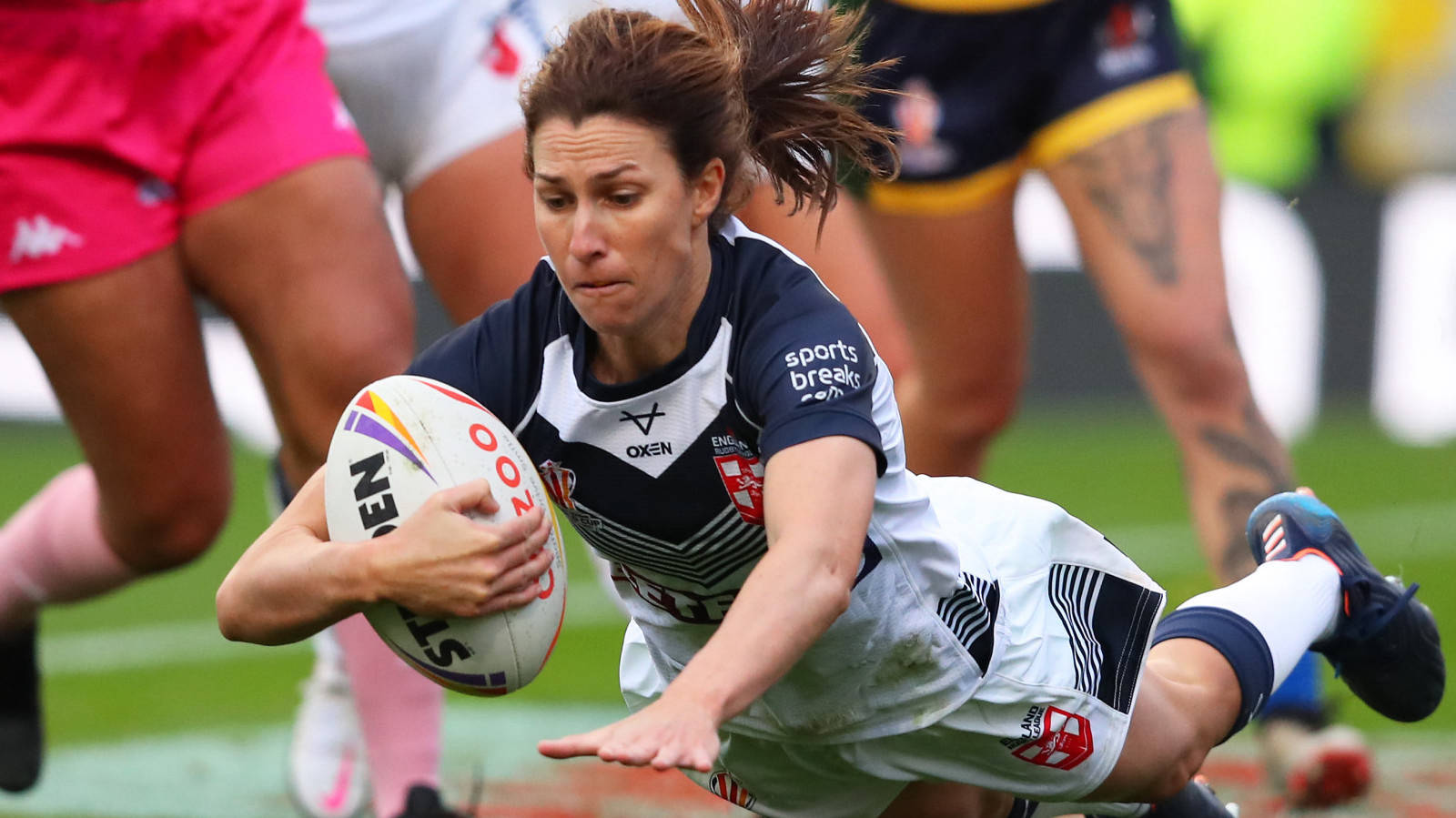 Courtney Winfield-Hill’s first three international tries ensured England got their women’s Rugby League World Cup campaign off to a flying start with a 72-4 victory over Brazil.

In front of a record crowd for a standalone women’s rugby league event taking place in the Northern Hemisphere of 8,621 at Leeds’ Headingley Stadium, Craig Richards’ team showed no sign of home-nation nerves, racking up 14 tries as Amy Hardcastle also bagged a hat-trick and Tara Jane Stanley registered a double in a convincing win.

It was a historic occasion for Brazil and they played their part in an entertaining contest, with Natalia Momberg’s second-half try guaranteeing her place in history as the first points-scorer for a South American nation at a Rugby League World Cup.

But the Amazonas, playing their first ever World Cup fixture, could do little about a ruthless display from the hosts who go straight to the top of Group A, with their next two opponents Canada and Papua New Guinea meeting in the second match of today's double header.

Fittingly at Headingley it was a Leeds Rhino who scored England’s first try in front of a fanatical Yorkshire crowd.

Winger Caitlin Beevers went over in the corner for the first try of the tournament after just 94 seconds as England didn’t wait long to give their noisy support something to cheer.

And when the impressive Stanley darted through the Amazonas defence to dot down, England were 8-0 up inside four minutes.

With a carnival atmosphere building, Winfield-Hill produced a stunning burst down the left wing for the half-back's first try in England colours.

The former cricketer then produced a second moment of magic with a swerving run before darting down under the posts, giving Stanley the chance to get her first successful conversion of the game.

Brazil very nearly had a try of their own to celebrate moments later but Leticia Medeiros was just held-up by last line of English defence after an excellent break.

Grace Jones dived under the posts for the host nation's fifth try with her first involvement in the game after coming on for Olivia Wood seconds earlier, following a break from Hollie Dodd.

Richards’ side still had time to squeeze two more scores in before the break, centre Hardcastle streaking through the heart of the Brazil defence to open her World Cup account.

Then just seconds before the hooter Stanley crashed over in the corner after a lovely sidestep for her second try of the game.

Fran Goldthorpe was next to add her name to the list of scorers, before Hardcastle got her second try in the corner.

But the moment of the second half came from the opposition, after Brazil gained a penalty following a high tackle from Beevers, Momberg took full advantage of Paula Casemiro's offload to cross the whitewash, sparking wild celebrations from her Brazilian teammates.

The hosts responded with three quickfire tries as Tara Jones got in on the act, Hardcastle powered through for her third and winger Leah Burke also went over.

Winfield-Hill then claimed her hat-trick try, before prop Olivia Wood ensured England broke the 70-point barrier in the dying seconds.