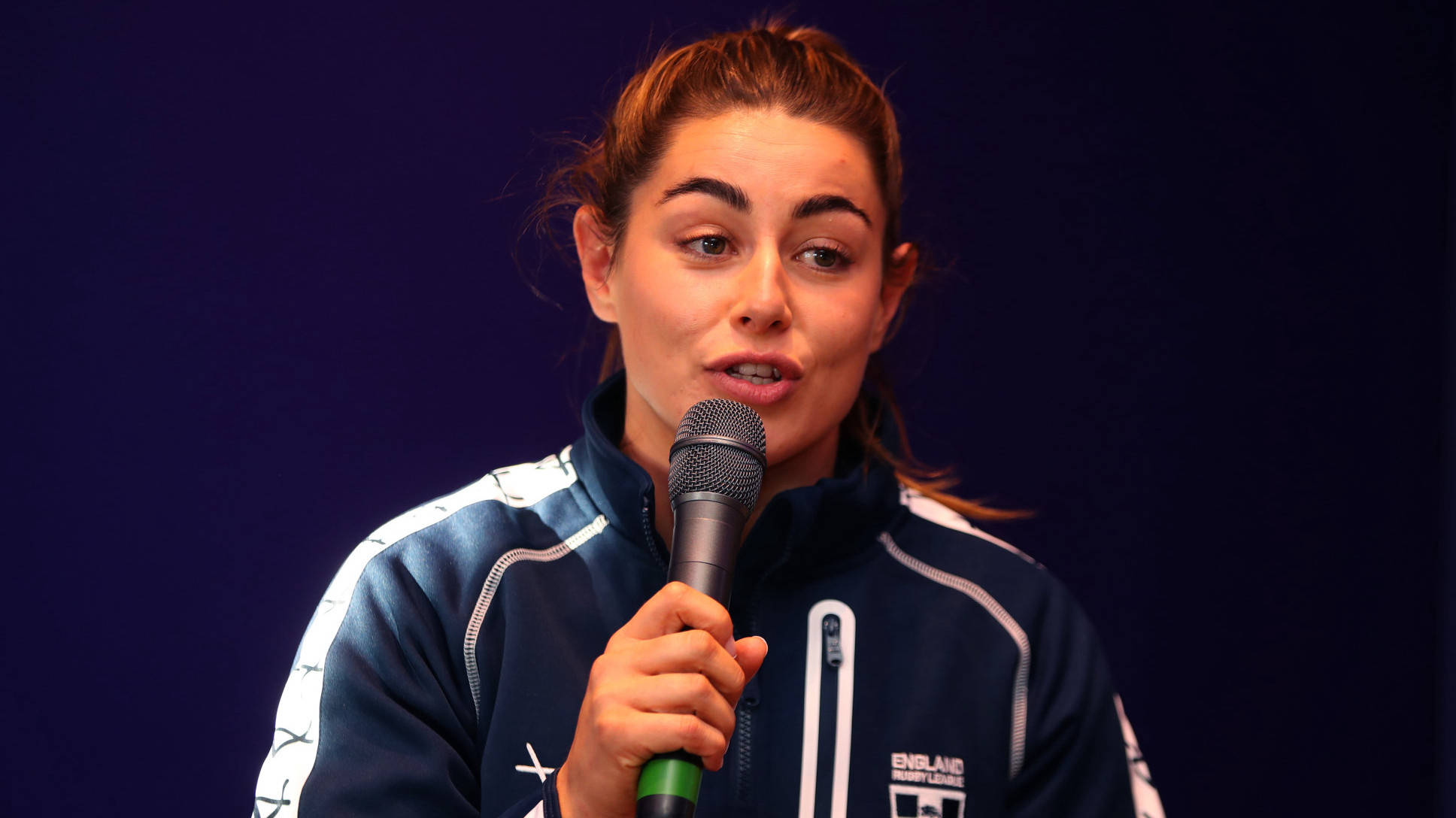 England captain Emily Rudge is embracing the unexpected as the hosts prepare to get their World Cup underway against newcomers Brazil.

The 2017 semi-finalists will take on the world No.17 at Headingley on Tuesday with Rudge celebrating the growth of the game as the Amazonas become the first South American side to play in any Rugby League World Cup, men’s, women’s or wheelchair.

Brazil have already won over plenty of fans with their passionate display in a 16-4 friendly loss to France last week, and Rudge and her side have had an eagle eye on the footage as they prepare to face off for the first time.

“We have just seen them play a little warm-up game against France, so we’ll take what we can from that but speaking to their captain, they've had very limited time in training,” the St Helens second-row said.

“They've had two training camps together and that's the first time they've actually played together as a team in that warm-up.

“So, we know little about them, but they've probably had very little experience just with COVID and everything else.

“It'll be really interesting, I think it is really exciting to see the growth of the game that is spreading out across the world.

“There are lots of people in other countries who are getting involved and hopefully growing the great game as well.”

Rudge is now well-versed in dealing with unprecedented times, steering her side through an extra year’s wait for their home World Cup.

She has taken the postponement in her stride, and believes England are stronger for it as they also prepare to face Canada and Papua New Guinea in their group.

The 31-year-old added: “I think the team's probably changed quite a bit from the 24 players that were going to be selected last year.

“That's probably just down to people’s circumstances and how things change but overall, for the team, I think it feels really positive.

“Just having that extra time together in training and for people to grow a little bit more and develop as players, especially some of the young girls who've really shone this year in the Super League, I think that's put us in a good position going into this World Cup.”

England have reached the semi-finals of the three World Cups they have contested but have never reached the showpiece.

And Rudge is taking inspiration from another set of Lionesses who marched to glory on home soil.

But while England’s football team began their European Championship-winning campaign at Old Trafford, Rudge is aiming to end her side’s campaign there when the final takes place at the Theatre of Dreams on 19 November.

“Their achievements were massive for women's sport in general, and definitely did impact us,” the 2021 treble winner said.

“That's really inspirational for us as players, knowing that we are in a similar position a couple of months later.

“Playing in a home World Cup, that's really exciting to see what they achieved and potentially what we could try and replicate.