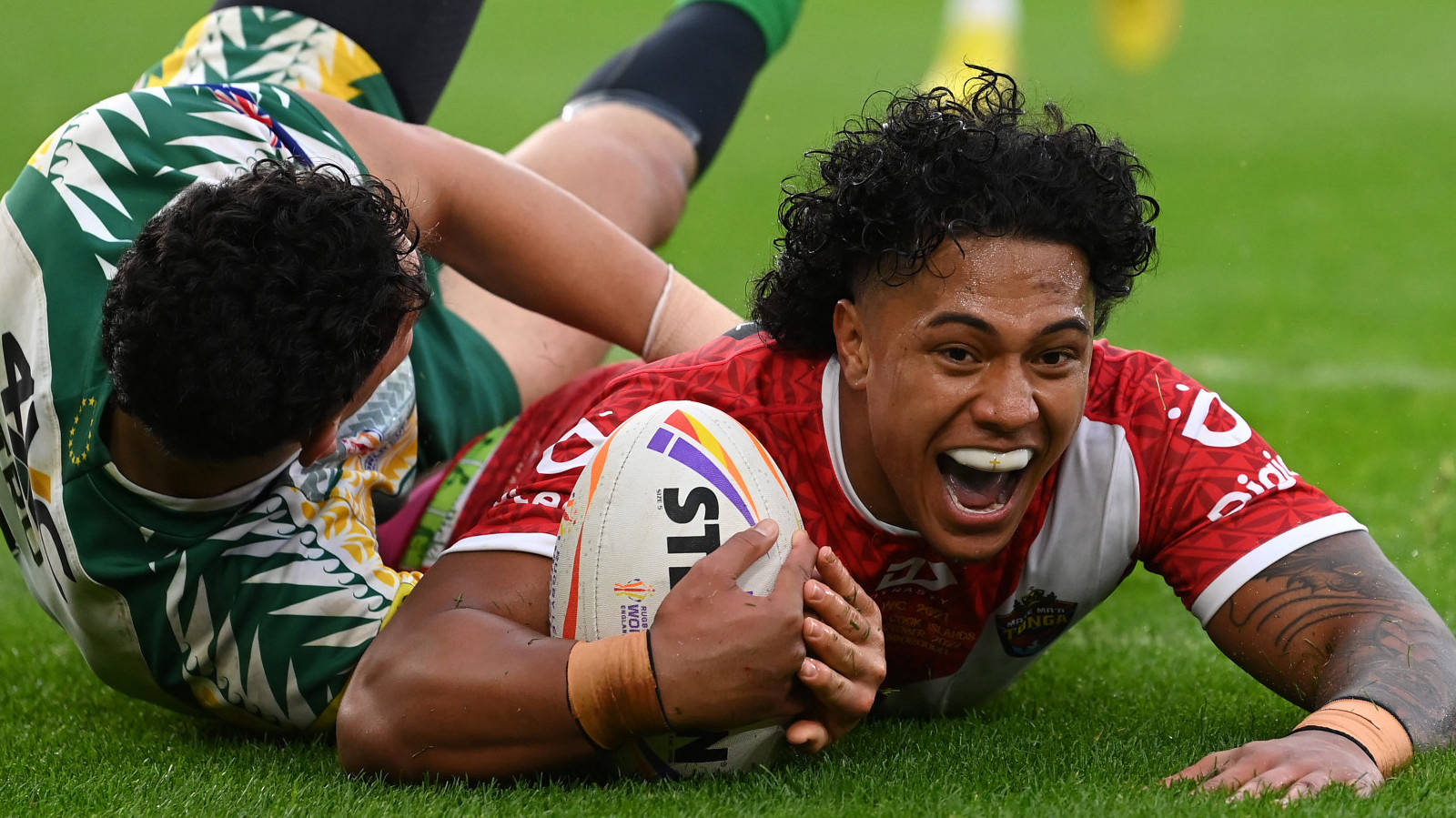 Kristian Woolf insisted Tonga are peaking at the right time to fulfil their dream of lifting the World Cup after a 92-10 demolition of Cook Islands set up a mouth-watering quarter-final clash with Samoa.

Tonga stuttered to wins over Wales and Papua New Guinea but ran in 16 tries in Middlesbrough to keep themselves on an upward trajectory with plenty of momentum heading into the last eight.

Captain Jason Taumalolo marked his first appearance of the tournament after suspension with a player of the match display that included two tries while Will Penisini grabbed four in a one-sided contest.

Woolf said: “It was more important for us to come up with a really good performance, we’ve won two games and haven’t played our best. We’ve had plenty of things that we wanted to work on.

“What that performance gives us is a lot of confidence and a lot of momentum going into what we know is going to be a really tough quarter-final.

"We’ve got through those early games. We’ve built, got better every week and given ourselves an opportunity of a knockout quarter-final but obviously we are aiming to play in bigger games after that.”

Lock Taumalolo dusted off the cobwebs with 171 metres and nine tackle breaks as he announced his arrival at this tournament in fine style.

And having started the trend of players representing their heritage nation ahead of the 2017 World Cup, Taumalolo is confident his side can improve on their semi-final finish five years ago and go all the way.

“The squad might have changed but I still believe we can give this competition a crack with the squad we have and I believe we can win the World Cup.”

Cook Islands coach Tony Iro was left fuming at a lack of effort from his side after they downed tools in the face of relentless Tonga pressure.

The Kukis edged out Wales in their opener before putting up a strong fight in the 32-16 defeat to Papua New Guinea on Tuesday but the stuffing was knocked out of them as Tonga’s onslaught began just 49 seconds in.

Iro said: “I didn’t see that performance coming. We’ve competed well our last two matches and it was a short turnaround but I certainly didn’t expect that.

“We just gave them too much time and too much space. You let a side like that do what they want and they’re going to put a score on you.

“I was just disappointed in our effort to be fair; it wasn’t good enough for our standards. That same effort and intensity wasn’t there.”