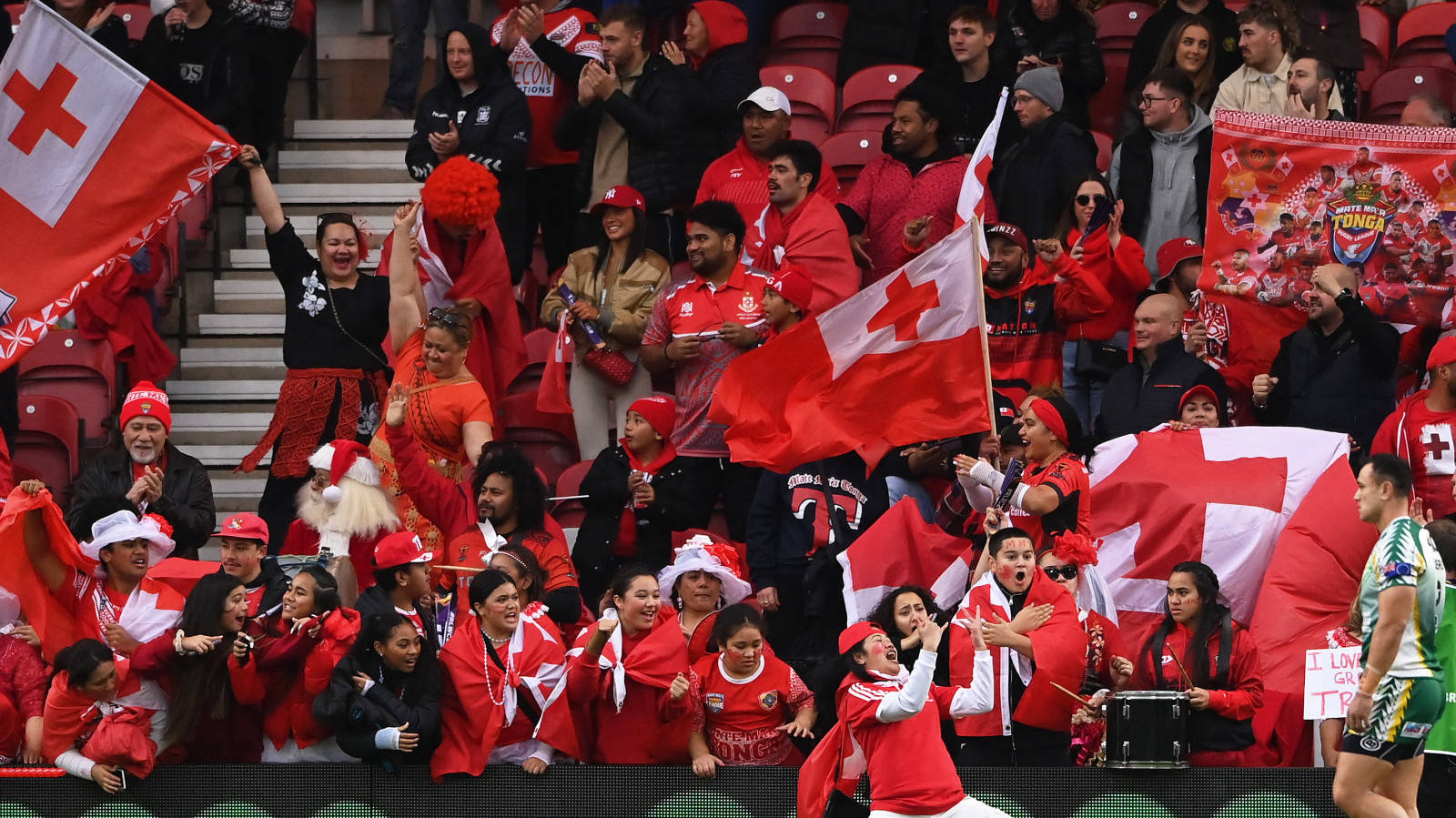 Tonga recorded their highest-ever points tally with a 92-10 victory over Cook Islands.

Will Penisini scored four of his side's 16 tries and skipper Jason Taumalolo two on his return from suspension as Tonga eclipsed the 66-18 defeat of South Africa in the 2000 World Cup.

The 2017 semi-finalists secured top spot in Group D with their best performance to date after unconvincing wins over Papua New Guinea and Wales and will face the winner of this evening’s clash between Samoa and France next weekend for a place in the semi-final.

Here are the best snaps from Teesside.