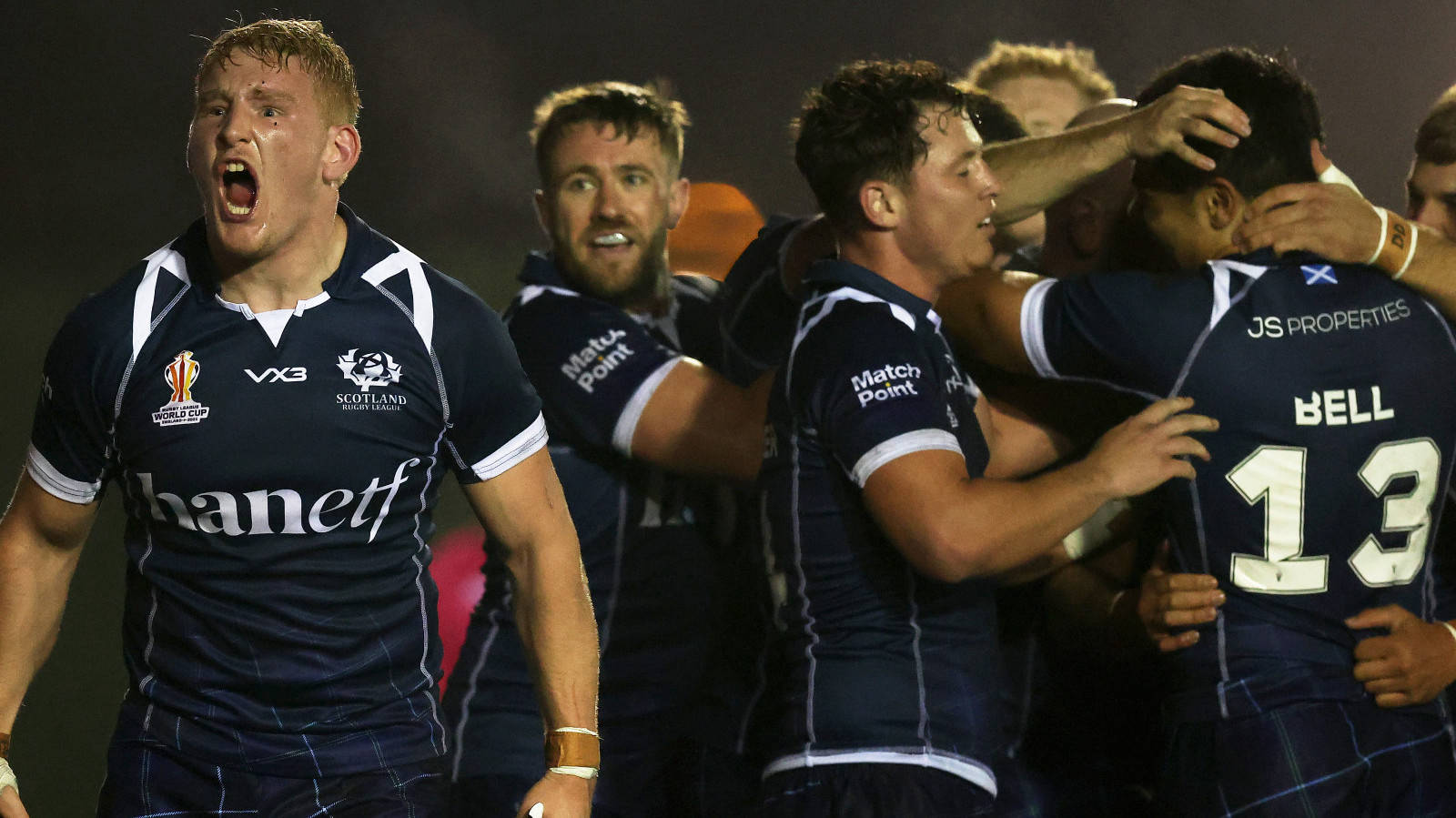 Coach Nathan Graham said he was proud of his Scotland team for ‘rattling’ Fiji despite suffering a third straight defeat to bow out of the Rugby League World Cup.

The Bravehearts tournament came to an end after a 30-14 defeat to Fiji at Kingston Park, although the Scots put in their best performance of the campaign so far, which included three tries.

The result means Scotland finish fourth in Group B but Graham said he felt his team had at last given a performance that reflected their ability after pushing Fiji all the way.

“I’m proud of that performance,” he said. “We needed it as a group there is no doubt.

“We’ve dug really deep this week to come up with that so everyone connected with Scotland should be really proud of it.

“It is disappointing to be knocked out of course, but what we’ve talked about all week is putting together a performance against one of the better nations in this World Cup and we did that.

“We lost a few senior players in the build-up so to compete with the bare bones and rattle Fiji, we have definitely done ourselves proud.

“I don’t think we have done ourselves justice in the two games prior to tonight, so to be able to do that was extremely important.

"The Italy performance spooked us and I think it threw us off kilter for the next ten days. So a response was needed, and I think we’ve done that tonight.”

After overcoming a resilient Scottish side, Fiji are likely to advance to the last eight to meet New Zealand in the next step in their Rugby League World Cup journey.

And captain Kevin Naiqama insisted his team were not caught cold by Scotland’s refusal to lie down, particularly in the second half.

“We knew it was going to take a full 80-minute performance to beat these guys,” he said. “It got a bit fiery in the last 15-20 minutes but there was a lot to play for and no-one was going to let off easy.

“They (Scotland) probably knew they weren’t going to make the knockouts but showed real pride in their jersey, as did we.

“I wasn’t surprised about their physical challenge, we spoke about it during the week.

“For us, we just have to find the balance between aggression and keeping cool heads and it was nice to come out on top of a contest where both teams were firing on all cylinders.”

Lachlan Walmsley has picked Fiji's pocket and run the length of the field to score Scotland's first of the match.

Meanwhile, Fiji's interim coach Wise Kativerata was delighted to see his team come through a hard fought battle in Newcastle, believing it could help them peak going into the knockouts.

He said: “We can take a lot of momentum from tonight. As you saw we needed a really close game and we got that today.

“Today was a real test of our defence and we’ll look at that during the week.

“We know we have the team to play New Zealand. We just need to have a big week training hard and preparing well.”