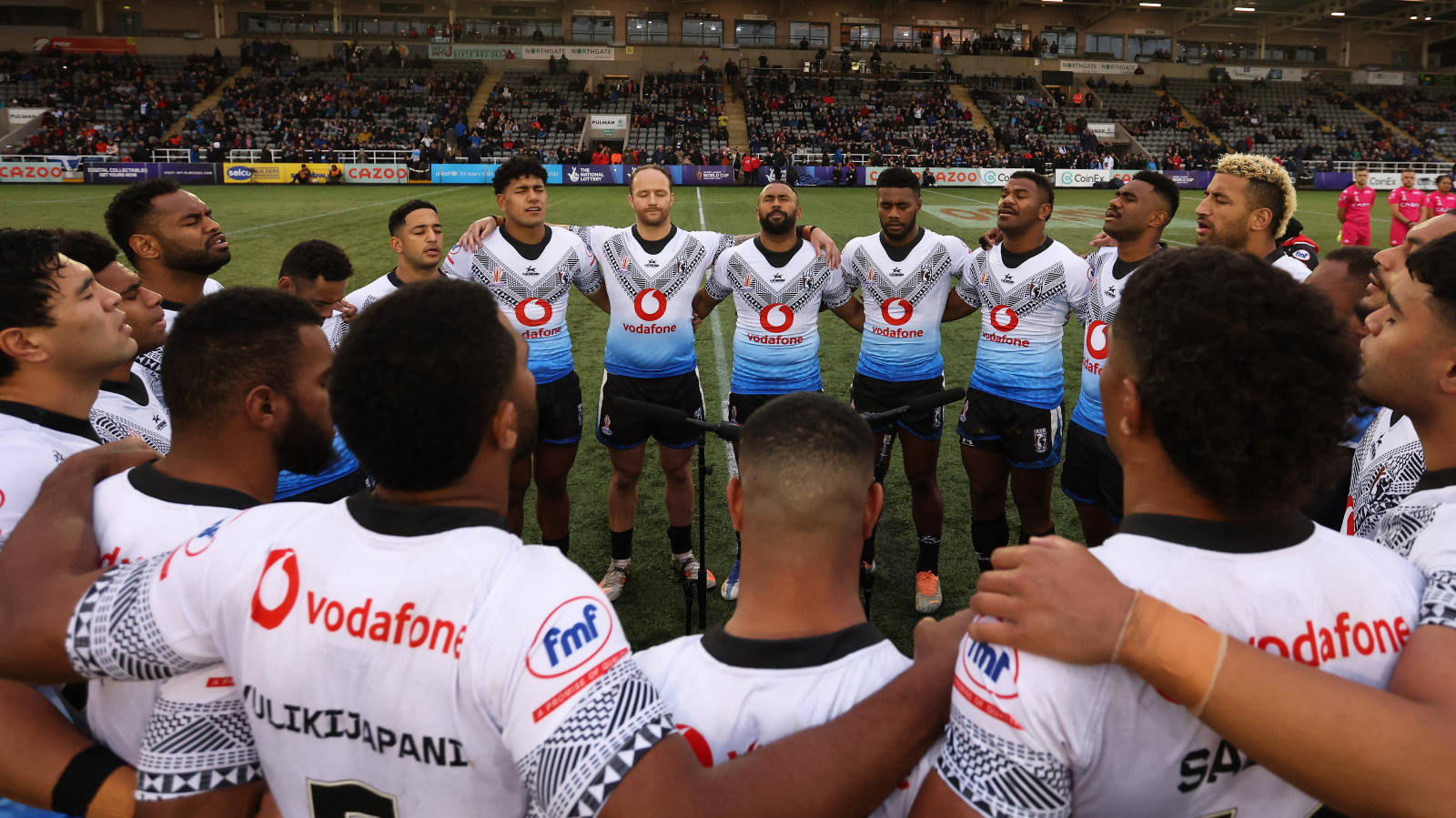 Korbin Sims scored a crucial try to help Fiji all but confirm their place in the last eight of the World Cup against New Zealand with a 30-14 win over a spirited Scotland.

Taniela Sadrugu, Henry Raiwalui, Viliame Kikau and Maika Sivo also went over in a five-try success for the Bati at Newcastle’s Kingston Park, with half-back Brandon Wakeham once again pulling the strings.

The result means only an extremely unlikely Italy victory over Australia later this evening combined with an improbable points swing will eliminate Fiji.

The Bati had to dig deep to overcome a resilient Scotland who saved by far their best performance for last, scoring three tries, the first a stunning score from Lachlan Walmsley, arguably the Bravehearts' standout moment of the tournament, before Ben Hellewell and Bayley Liu dotted down.

Here are the best snaps from this afternoon's clash on Tyneside.