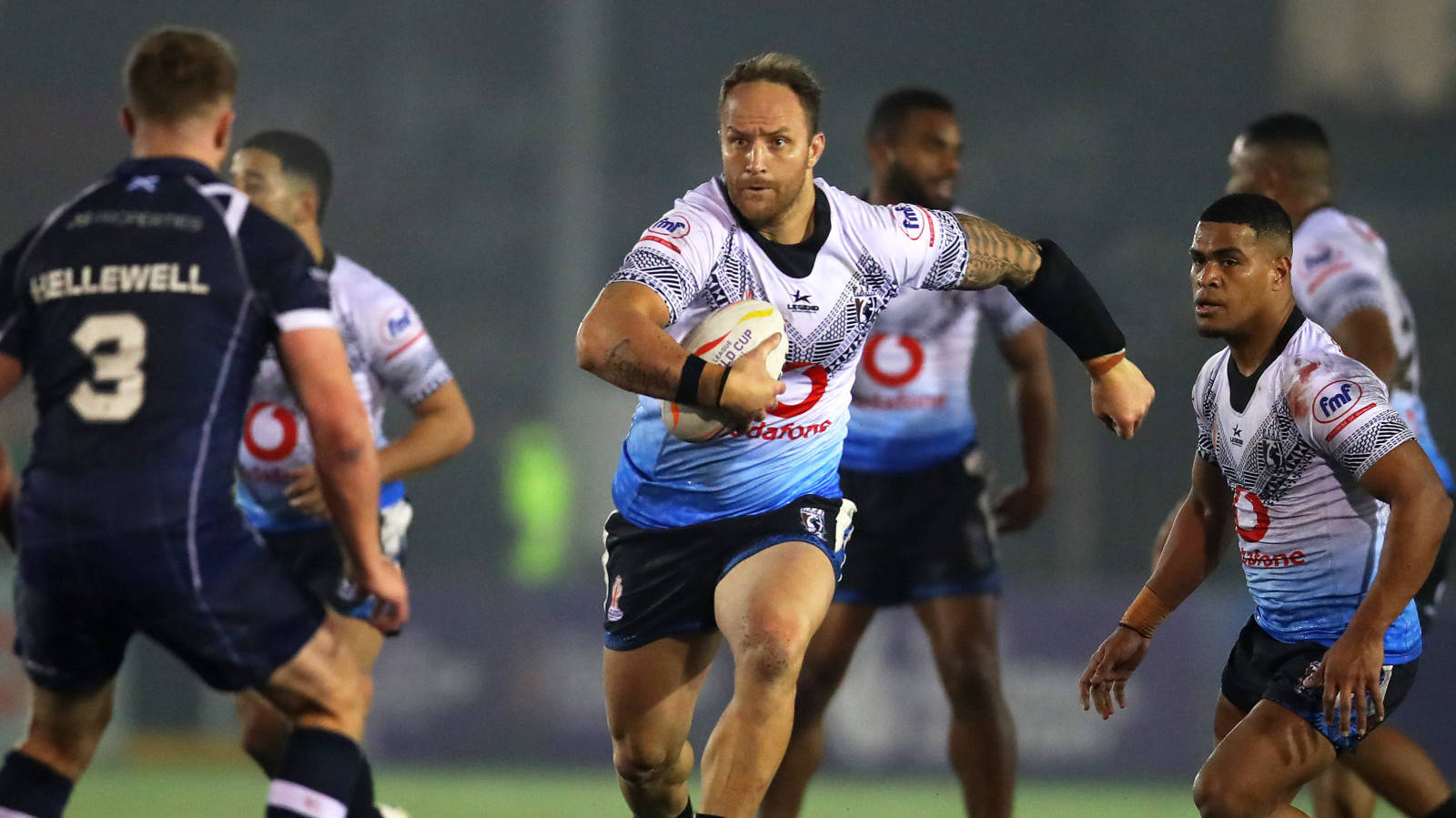 Korbin Sims scored a crucial try to help Fiji all but confirm their place in the last eight of the World Cup against New Zealand with a 30-14 win over a spirited Scotland.

Taniela Sadrugu, Henry Raiwalui, Viliame Kikau and Maika Sivo also went over in a five-try success for the Bati at Newcastle’s Kingston Park, with half-back Brandon Wakeham once again pulling the strings.

The result means only an extremely unlikely Italy victory over Australia later this evening combined with an improbable points swing will eliminate Fiji.

The Bati had to dig deep to overcome a resilient Scotland who saved by far their best performance for last, scoring three tries, the first a stunning score from Lachlan Walmsley, arguably the Bravehearts' standout moment of the tournament, before Ben Hellewell and Bayley Liu dotted down.

In a breathless opening half Fiji started much the better and didn’t have to wait long for their opening try, with Sadrugu showing pure power to dive over under the posts from close range four minutes in.

Only a handling error just yards from the whitewash denied Semi Valemei a quickfire second , but that arrived in the 14th minute after a dazzling run from Raiwalui gifted Kikau an easy score.

With Wakeham’s reliable boot adding the extras, the Pacific Islanders had complete control and already appeared to be heading for a second win of the tournament.

But against the run of play, Scotland found themselves right back in the contest thanks to Walmsley’s moment of magic.

The Scottish flyer made a sensational burst straight from one end to the other, after intercepting Raiwalui’s loose pass.

Walmsley was still 80 metres from the whitewash when he collected the ball but finished brilliantly in the corner to get the Bravehearts on the scoreboard in the 21st minute.

Lachlan Walmsley has picked Fiji's pocket and run the length of the field to score Scotland's first of the match.

Fiji thought they had hit back immediately after a superb run from player of the match Sunia Turuva, but a lengthy video review agreed with Tom Grant’s on-field decision that he had failed to ground the ball.

However, Wise Kativerata's team did get their third try of the evening when Raiwalui's simple finish gave him his first of the tournament after Wakeham's clever kick forced an error from Walmsley and the ball fell kindly.

But Scotland again put themselves back in the contest when James Bell’s expertly-weighted grubber kick found Hellewell in the dying moments of the first half, although Walmsley narrowly missed the conversion as Fiji took an 18-8 lead into the sheds.

The Bravehearts had a tricky restart following the interval with Luke Bain sent to the sin bin for a dangerous tackle.

Fiji immediately made them pay through Sivo’s try in the corner after good work from Kikau, with Wakeham once again flawless from the tee.

Natham Graham’s men again refused to throw the towel in, getting their third score of the evening after a superb finish from Liu.

Roared on by the majority of the Kingston Park crowd, Scotland continued to gain territory, but Fiji struck at the right time when the impressive Sims, who only came out of retirement to aid the Bati's injury crisis ahead of the Italy game in Round 2, dived over the whitewash to take the sting out of the contest.

It was the final note of a tough Rugby League World Cup for the Bravehearts, who opened with a defeat to Italy before going down 84-0 to Australia in Round 2, but Fiji will now likely face a quarter-final against the Kiwis on Saturday.