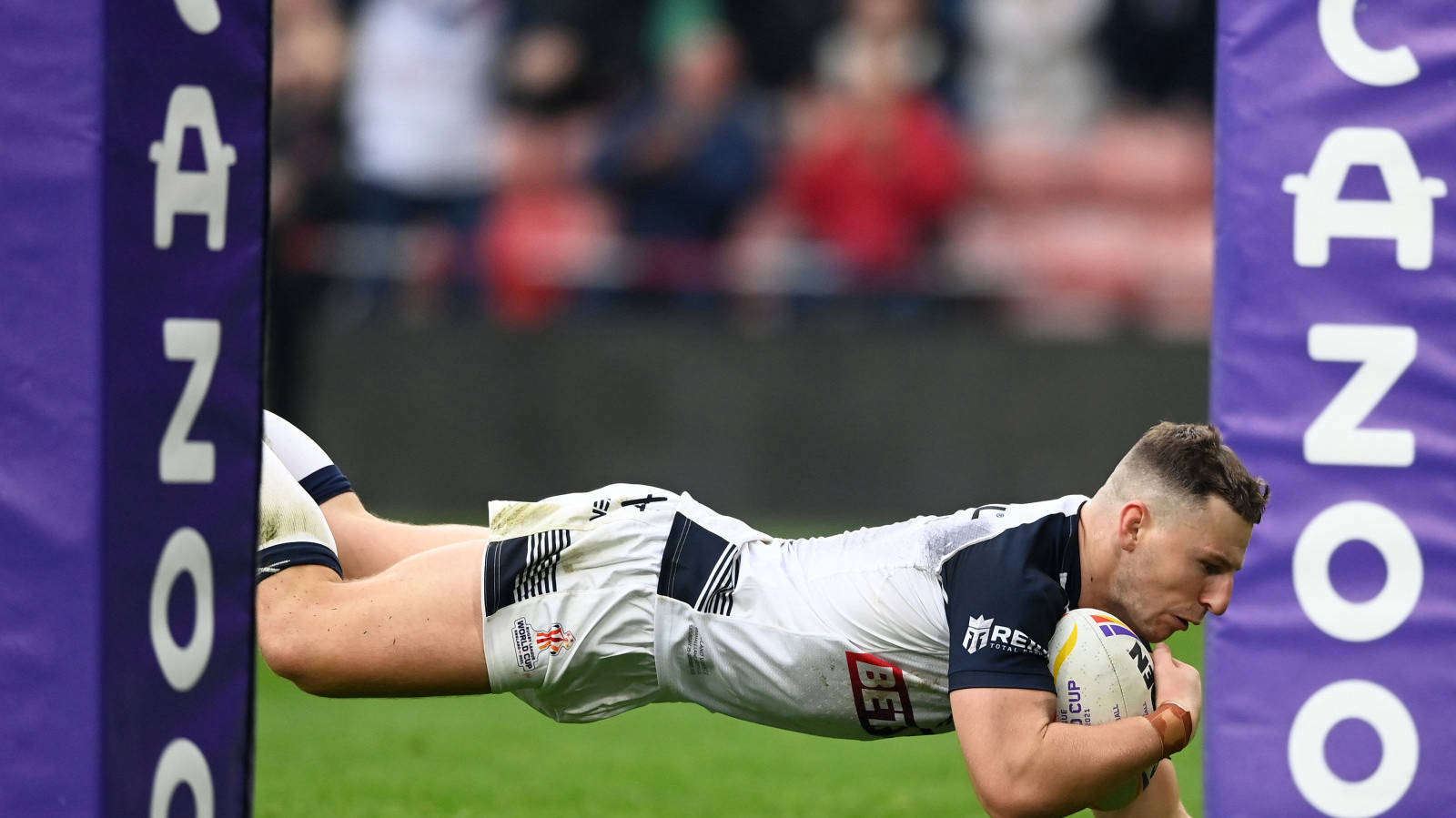 Shaun Wane insisted England are not undercooked for the World Cup quarter-finals despite hammering Greece 94-4 to top Group A.

The hosts had already qualified for the last eight before they ran in 17 tries in Sheffield to set a new record for their biggest ever World Cup win, eclipsing the 76-4 victory over Russia in 2000.

Despite the one-sided scoreline, head coach Wane is adamant his side’s ferocious training will ensure they are fully prepared for a likely quarter-final showdown with Papua New Guinea at his old stomping ground in Wigan on Saturday.

Wane said: “I’m just glad that over the last few weeks in the week, we’ve had real physical training sessions so the players have been so good going into the game.

“If people think we are underdone, then they would be wrong to think that.”

England’s free-scoring display sent the records tumbling in the Steel City as they topped Group A and finished the group-stage of a World Cup unbeaten for the first time since 1995.

The hosts have yet to be run close despite coming up against strong sides in the shape of star-studded Samoa and France, racking up just shy of 200 points in their three matches so far while conceding just 28.

Wane explained: “I thought we did loads of good things, some of the skills we displayed for the tries were superb Credit to them, they never gave in right till the end.

“It was a very tough one for us to gain any positive thoughts on it. If we won easily, we should have won easily and if they’d pushed us close then we would have got hammered.

“It was just one of those we had to win and we are going into next week with some confidence.”

Wane is now fixated on the far bigger challenge posed by the Kumuls, who beat several of his England squad when they represented Great Britain in 2019 and can secure progression against Wales on Monday.

The England coach has plenty of selection headaches with Young, Hall and Tommy Makinson all fighting for the two wing spots.

Salford half-back Marc Sneyd’s 30-point haul could see Jack Welsby starting again in the centre, especially if Kallum Watkins is not fit to return from concussion.

Wane added: “Honestly, from my heart it [the score] doesn’t really interest me. I was looking for habits. There were certain things I wanted from Sneydy and George [Williams].

“Certain things that are hopefully going to help us beat Papua New Guinea and hopefully get to the semis, that discipline.

“I loved the quality of tries we scored but I’m not really interested in the score, what we will show in the review tomorrow will be things that if we do against Papua New Guinea, then we can challenge a really good team.”