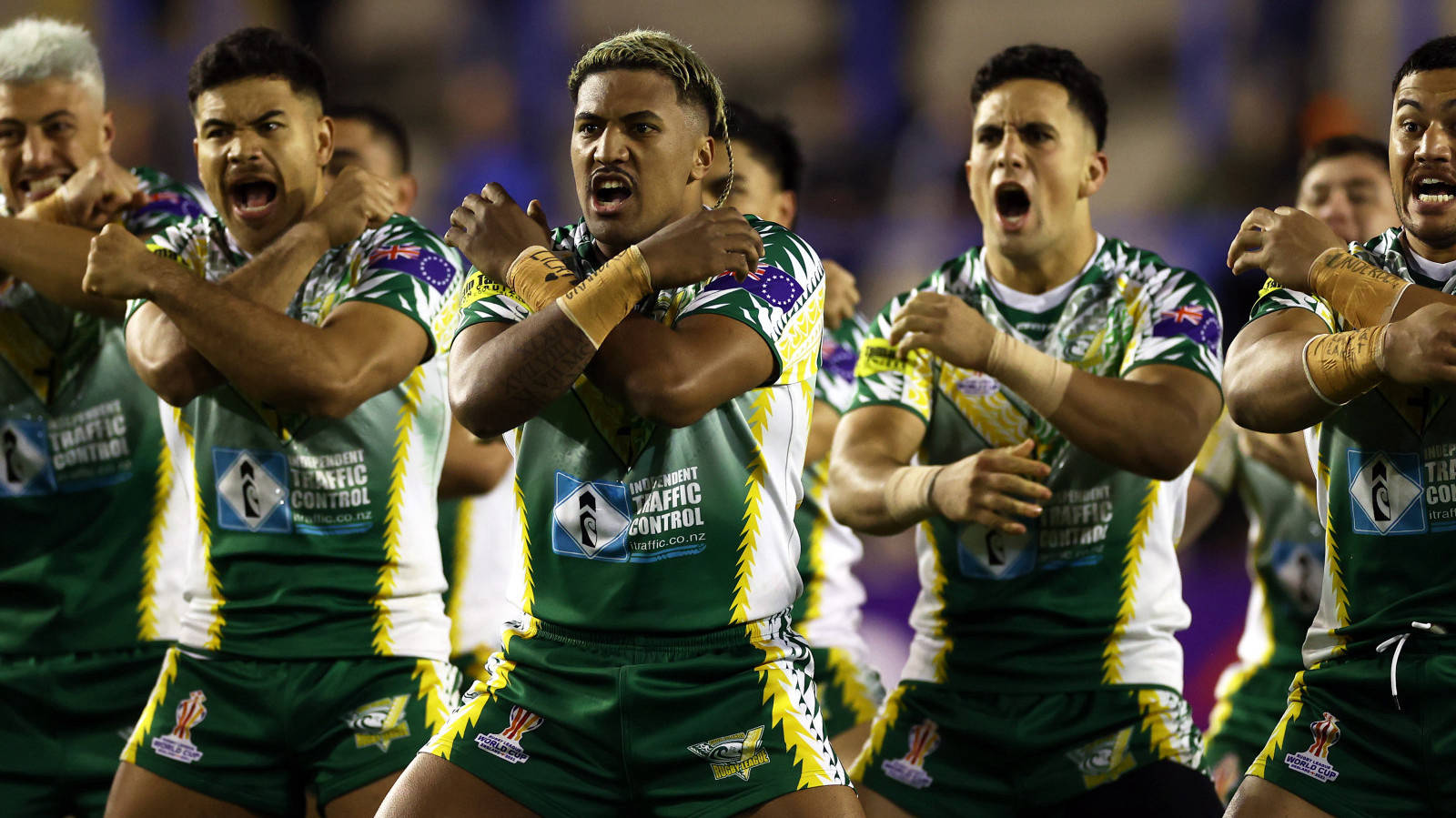 Cook Islands head coach Tony Iro says his side still believe they are in the mix for a Rugby League World Cup quarter-final placet, despite a facing tough challenge in their final group game.

They will have to overcome a powerful Tonga side, who sit top of Group D with two wins from two, and then wait for the outcome of Papua New Guinea’s match with Wales on Monday.

Cook Islands need to match Papua New Guinea’s result and hope for a big points swing in their favour.

But the former Kiwi international says his team won’t be phased by the challenge.

“In-house, we believe in ourselves,” Iro said. “I think we have the squad to do it and reach the quarter-finals.

“We’ll just focus on ourselves (not Tonga). We’ve been working as hard as we can and we have to go again, carrying ourselves the way we have been.

“I know we have a good group, good coaching staff and good people around us. We have to keep working as we have been, nothing changes for us.”

However, Iro did suffer a blow in the build-up to the decisive clash in Middlesbrough after centre Anthony Gelling returned home this week for personal reasons.

“He’s got some personal things to deal with, so he’s heading home,” he added.

“Anthony been an outstanding servant for Cook Islands rugby league. He’s always put his hand up.”

Meanwhile, Tonga need only to avoid defeat to ensure they top Group D and once again reach the knock-out stages of the competition.

Kristian Woolf’s team are looking to go one better than five years ago, when they narrowly missed out on the final after a 20-18 defeat to England in the last four.

And although they are unbeaten so far, their head coach believes there is still more to come.

“You can see that there is potential there,” said Woolf. “I said last week that we would get better and, against Wales, I think we saw signs of improvement, especially when we have a few who will come in and make a big difference.

“We’re going to be better, there’s no doubt about that. We’re building.”

And Woolf, who has already seen his team comfortably beat Wales and edge one of the games of the tournament against Papua New Guinea, was also full of praise for the large support his team has enjoyed across England so far.

READ MORE: What are the teams for Tonga v Cook Islands?

“It’s outstanding to see the number of people who have come from America, New Zealand and Australia,” said Woolf. “Some people have made a real commitment to come over and support this team.

“If we were in New Zealand of Australia, you know it’s a full house, that is what our fans are like.

“But it is outstanding that they have made such an effort to get over here and show their support.

“It’s certainly not lost on any of us.”

Woolf is able to select captain Jason Taumalolo for the first time at the tournament against Cook Islands, Taumalolo having missed the opening two fixtures due to suspension.