What are the teams for Papua New Guinea v Wales men in the Rugby League World Cup? 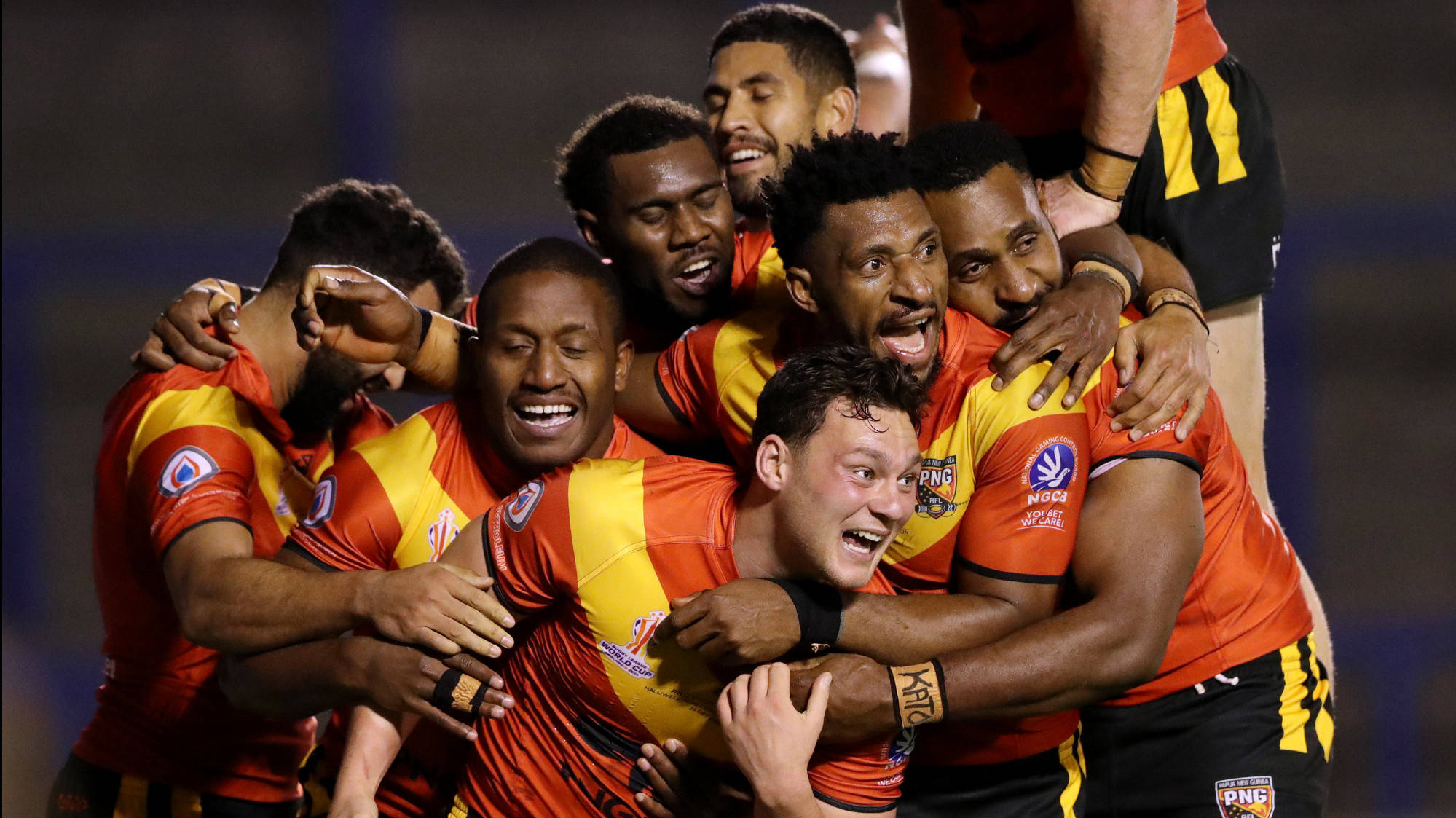 What are the teams for Papua New Guinea v Wales men in the Rugby League World Cup?

Papua New Guinea can ensure safe passage through to the knockout rounds if they beat Wales on Monday, providing the Cook Islands don't defeat Tonga and there is a heavy point swing.

Wales' dreams of qualifying for the knockout rounds for the first time since 2000 are still alive but they must clinch victory over Papua New Guinea by at least 22 points and hope Tonga beat Cook Islands.

There are three changes, all in the pack, to the Papua New Guinea squad that ran out 32-16 winners over the Kukis last time out.

Will Evans, Rhodri Lloyd and Mike Butt return to the Wales squad that put in a spirited performance against Tonga last week.

Dalton Grant, Luke Thomas and Tom Hopkins saw their side eventually lose 32-6 and are left out of the squad for the game at the Eco-Power Stadium at 7:30pm on Monday.

This will be the fourth meeting in men’s internationals between Papua New Guinea and Wales; the Kumuls picked up a 50-6 win in their most recent encounter in October 2017 after losing their two previous games against Wales.

Wales have lost their last nine consecutive games at the Rugby League World Cup, but their last win came against Papua New Guinea in the 2000 quarter-finals (22-8).

If Wales lose on Monday it will be three consecutive group stage exits without picking up a single point, after reaching the semi-finals in their previous appearance.

The Rugby League World Cup promises to be the biggest, best and most inclusive event in the sport’s 127-year history with men’s, women’s and wheelchair teams competing in 61 games across 21 venues throughout England. Tickets are available via rlwc2021.com/tickets, via the stadium ticket office (from 16:30) or from the South & West Stand cash turnstiles.