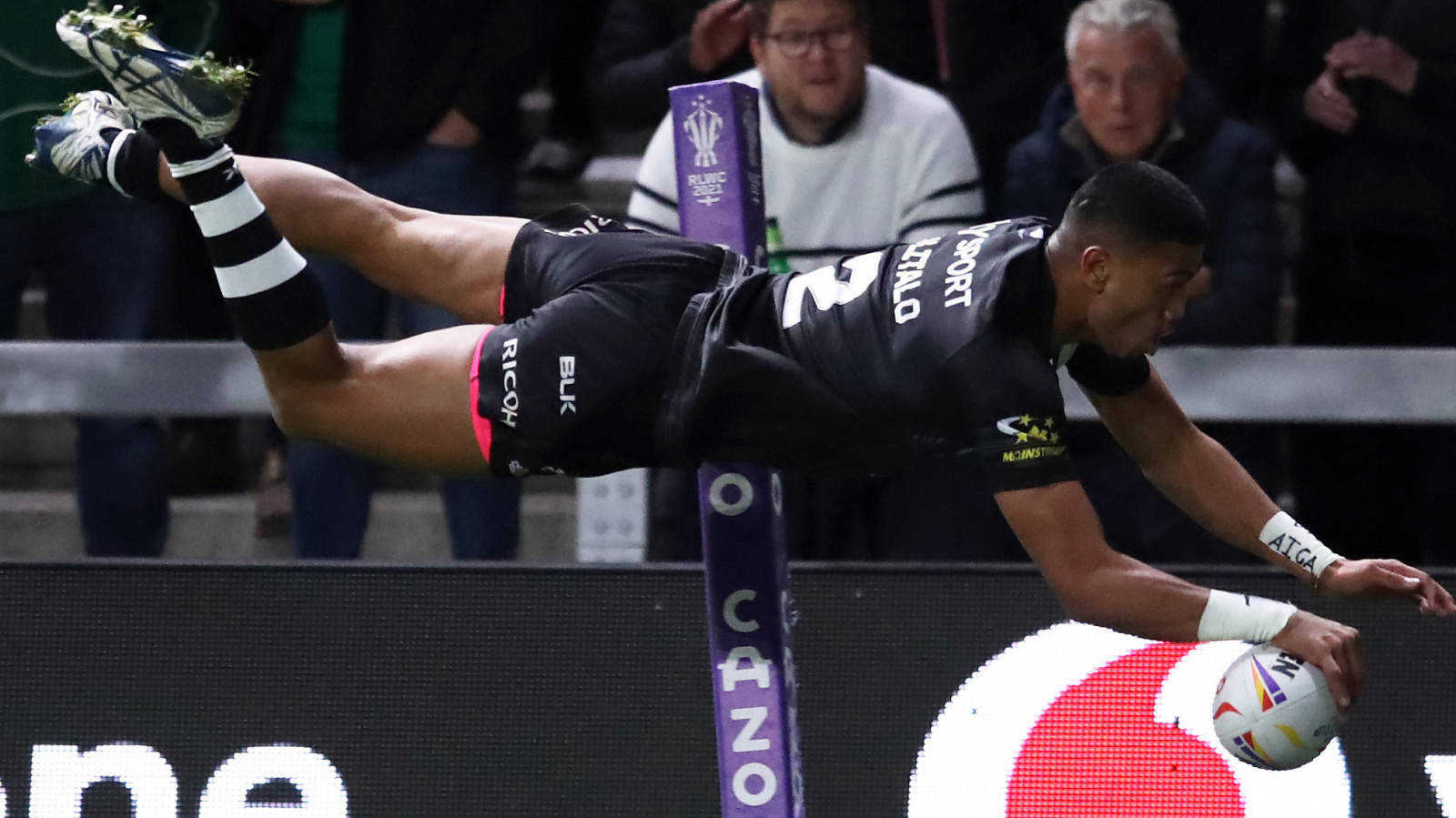 Jahrome Hughes put on a masterclass as New Zealand defeated Ireland 48-10 to seal their place in the quarter-final as Group C winners.

The scrum-half crossed for the Kiwis’ first and had a hand in the four other first-half tries as Peta Hiku scored twice in six minutes while Jordan Rapana and Ronaldo Mulitalo also went over.

Rapana and Hughes got their seconds after the break, as Kenny Bromwich, James Fisher-Harris and Joey Manu also crossed for the Kiwis while Ireland wing Louis Senior got two tries for the third game in a row to move joint top of the standings in a losing cause.

Michael Maguire's side are now in line for a last-eight clash with Fiji, who beat them at the same stage in 2017, while the Wolfhounds are on the verge of elimination ahead of Lebanon's clash with Jamaica on Sunday.

Ireland extracted the first big roar from the Headingley crowd as Senior set off down the right wing, but the cheers were replaced by boos as play was called back for a forward pass.

The Wolfhounds scored first as Ed Chamberlain converted a penalty conceded by Fisher-Harris for a steal.

New Zealand responded in the 15th minute as Hughes, making his first appearance of the tournament after missing the opening two games through injury, moved the Kiwis ahead with several evasive sidesteps helping him weave his way to the tryline.

Hughes was involved again five minutes later sending a pinpoint cross-field kick into the dead ball area for Rapana to safely take and dot down with plenty of time with Ireland's defence caught too narrow on the last tackle.

For New Zealand’s third try Hughes took the low route sending a bobbling grubber into the path of Hiku who collected before Rapana added the extras to take New Zealand’s lead to 14 points.

Senior then applied the finishing touch to his previous threats, intercepting a sloppy pass from Briton Nikora and sprinting 40 metres to the tryline to score Ireland’s first-ever try against New Zealand.

Ireland’s fightback lasted four minutes before the Kiwis were in again, Hughes intercepting a pass from debutant Harry O’Kane before Mulitalo finished off a slick move with an acrobatic effort to give New Zealand a 24-6 lead at half-time.

Despite being a player up after Jared Waerea-Hargreaves was sent to the bin late in the first half for a dangerous high shot, Ireland could make no headway in attack after the restart and with New Zealand restored to 13, they drew first blood.

Rapana went over for his second sliding into the corner, keeping his boot just out of touch after a check from the video referee before Dylan Brown missed his second conversion on a tricky night off the tee for the Kiwis.

Fisher-Harris went over for New Zealand's seventh, bulldozing his way to the tryline before Brown failed to add the extras again.

Hughes capped off a blistering performance with a second try, outfoxing James Hasson and leaving the rest of Ireland in his wake.

And New Zealand pushed their lead to 42 points as Kenny Bromwich capitalised on Ed Chamberlain's failure to claim the high ball.

Senior still had time to further display his eye for the tryline, this time pouncing on the ball after Mulitalo's spill to finish the group stage with at try in either half of every one of Ireland's games.

After an unusually quiet night, full-back Manu had the last say to see the Kiwis safely into the quarter-finals as Group C winners.