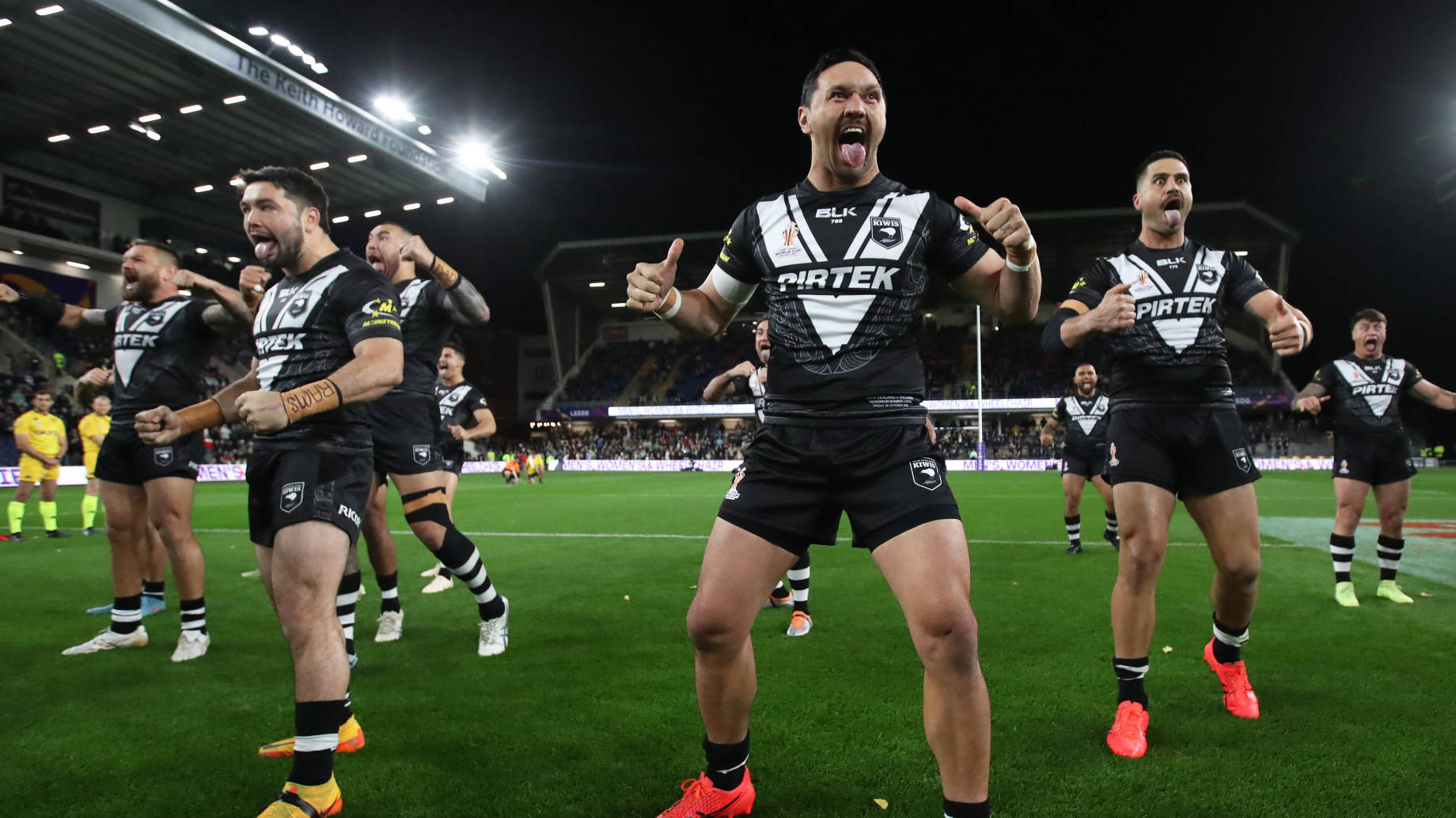 Jahrome Hughes put on a masterclass as New Zealand defeated Ireland 48-10 to seal their place in the quarter-final as Group C winners.

The scrum-half crossed for the Kiwis’ first and had a hand in the four other first-half tries as Peta Hiku scored twice in six minutes while Jordan Rapana and Ronaldo Mulitalo also went over.

Rapana and Hughes got their seconds after the break, as Kenny Bromwich, James Fisher-Harris and Joey Manu also crossed for the Kiwis while Ireland wing Louis Senior got two tries for the third game in a row to move joint top of the standings in a losing cause.

Michael Maguire's side are now in line for a last-eight clash with Fiji, who beat them at the same stage in 2017, while the Wolfhounds are on the verge of elimination ahead of Lebanon's clash with Jamaica on Sunday.

Here are the best pictures from tonight's action.