Footy is always a family thing for Kangaroos captain Tedesco 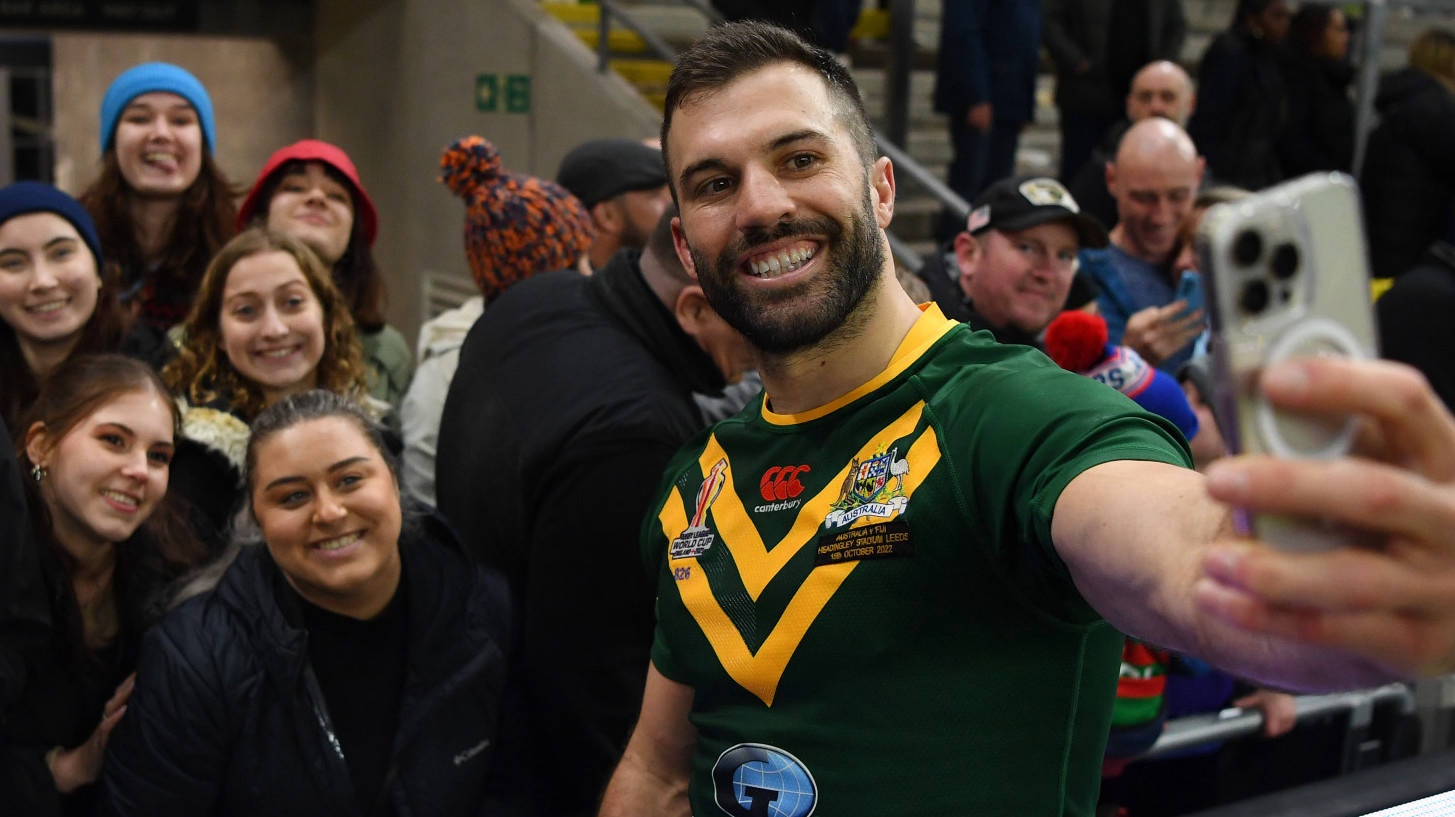 Footy is always a family thing for Kangaroos captain Tedesco

James Tedesco knew the first person he had to tell the moment he was appointed Kangaroos captain - his nonna Carmela.

Tedesco represented his Italian heritage at the Rugby League World Cup in 2013 and 2017 - admitting he may be tempted to sing both anthems when Australia clash with the Azzurri at St Helens on Saturday, though perhaps one just a little quieter than the other.

But, in truth, the words to 'Advance Australia Fair' come a little more naturally to the Sydney-born full-back than 'Il Canto degli Italiani'.

“I went and visited my nonna after Mal told me I’d be captain,” said Tedesco. “She was always so proud and says she prays for me every night to make sure I am healthy.

"When I first played for Italy in 2013 it really sparked her interest in my footy career, which means so much.

"Playing for my nonna and nonno was so important when I represented Italy. My memories as a kid are going with nonno to the markets in the early hours of the morning. I remember the flowers were his life and he didn’t stop going to the markets until he was in his 80s.

"I loved playing for Italy and to represent and connect with that side of my family. I gained so much confidence from both those World Cups, coming up against so many top-quality NRL players, winning that game against Wales in 2013 in front of a big crowd at the Millennium Stadium is always special moment for me. The whole experience of both my previous World Cups means I'm in a much better position this time around.

"However, I am Australian and to play and captain this team means everything. It will be a special moment for my family back home when we play Italy but no, it won’t be too weird. I think it'll be really cool.”

Tedesco's position as the world's top full-back is one of the talking points of this World Cup but his status as a role model for the Italian team is beyond doubt. And he's still played more internationals in blue than yellow and gold.

"Everyone in our team is proud of Teddy and what he's gone on to achieve," said Azzurri coach Leo Epifania.

"We know how much he wants to win for Australia but you don't ever lose the emotional attachment to Italy."

James Tedesco, in the blue of Italy, scores against the USA at the 2017 Rugby League World Cup (Getty Images)

READ MORE: What are the teams for Australia v Italy men at the Rugby League World Cup?

Tedesco's is determined to lead from the front on and off the pitch, pulling the strings during wins over Fiji and Scotland and then taking responsibility for keeping up morale in the camp, with the Kangaroos quick to locate Manchester's top coffee shops and the north-west's best golf courses.

This is the first time these sides have clashed in over six decades and back in 1960 the match came at the end of 37-match tour, the Kangaroos winning 67-22.

Indeed in a twist of fate, while Australia are captained by a former Italian international, Italy are led by Nathan Brown, who played for Australia's World Cup-winning nines team in 2019.

Kangaroos coach Mal Meninga made no secret of the fact the Tedesco is the only guaranteed name on his team sheet after anointing him captain this month, leaving fans and media to speculate on every other position, including the head scratching puzzle of whether Nathan Cleary or Dale Cherry-Evans should play halfback.

It's just a few weeks since Tedesco was recognised as the NRL's top player by his peers for the third time, after another stellar season backed up by eye-catching stats for the Sydney Roosters.

"I'm enjoying being captain and I'm learning a lot," added Tedesco. "I've spoken with some former captains to get their advice, I realise what a responsibility and honour it is and I couldn't be taking it more seriously.

"We have a lot of special players coming from different ways of playing the game, so we have to leave those ways at the door and make sure we’re on the same page.

"It's nice to get personal praise but this is a team sport and I just want to lead this team to success. It’s not as easy as 20 years ago when Australia would just be dominant.

“For us, we haven’t really bought into all the external stuff. There is some expectation from back home but we know we need to work hard to win, there’s no secret about that.

“We need to build through every game to make sure that when we hit the semis, we are playing our best footy.”