Wane warns England players he will be ruthless in latter stages 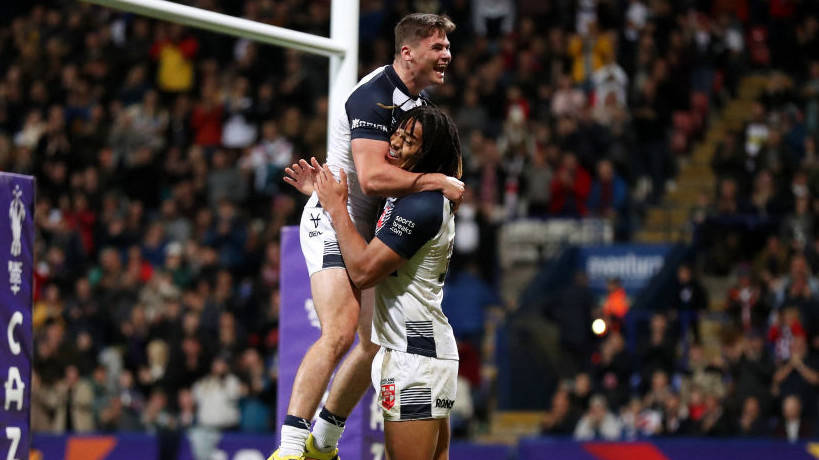 Wane warns England players he will be ruthless in latter stages

England coach Shaun Wane has warned his players that he is not afraid to be ruthless with selection at the business end of the Rugby League World Cup.

Wane’s side are the only team already guaranteed their spot in the quarter-finals, following wins over Samoa and France, but before they head to Wigan for the last eight, the hosts round off their Group A campaign against Greece in Sheffield on Saturday.

St Helens’ Joe Batchelor and Wigan’s Kai Pearce-Paul will make their international debuts at Bramall Lane with Wane eager to see his whole squad play before a potential showdown with Papua New Guinea.

READ MORE: What are the teams for England v Greece?

Wane said: “We’ve got 24 people in the squad and I need to see everybody. If we do make it to the important rounds, then I’ll be very ruthless in what’s going to win us the game.

“Now I want to see everybody play. I’ve got two talented players making their debuts for our great country and I’m excited to see them play. The team I’ve selected for Saturday is very strong.

“Strange things have happened, so I want everyone fit, ready and hungry. I want to be fair; I’ve brought talented players into the squad and I want them to play.

Wane has taken the opportunity to rest captain Sam Tomkins against the Titans, who have conceded 106 points in defeats to France and Samoa.

Warrington scrum-half George Williams, arguably England’s best player at this tournament, will fill the leadership void with the versatile Jack Welsby set to slot in at full-back.

With an embarrassment of riches to choose from, Wane insists no-one is undroppable and admits it is tough to let down such high-quality players who are used to being the first names on the team sheet in Super League or the NRL.

He added: “I’m speaking to players who never get left out of games and always get picked for their club teams, so that’s difficult enough. But if you’re honest and straight then they understand.”

Greece will be buoyed by the return of half-back and captain Jordan Meads who missed the Samoa game through illness, however his replacement in that match, Billy Magoulias, is unavailable having flown back to Australia for the birth of his child.

Meads pulled off two classy kicks that led to tries against France and Wane knows that his side can ill-afford to switch off despite entering the contest as overwhelming favourites.

Wane said: “They’ve got some really, really good players. We’ve done exactly the same previews on them as we have done for Samoa and France.

“Greece have leaked some points but we are still going to be really respectful.

“If you switch off and don’t show energy they will chip on play three, anything goes with them, they’ve got a great kicking game.”