Chamberlain backs Irish to rebound against the Kiwis 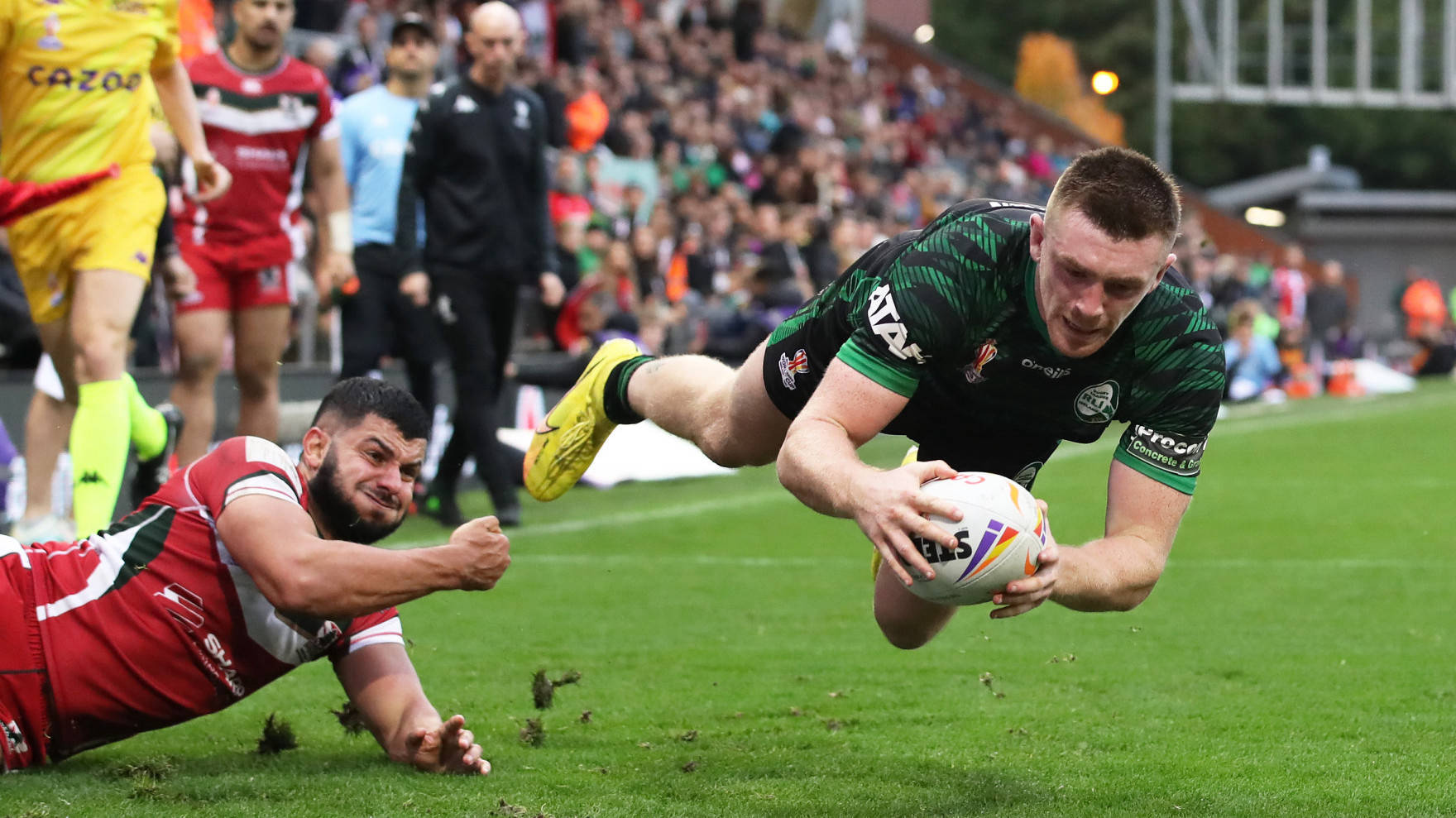 Chamberlain backs Irish to rebound against the Kiwis

Ed Chamberlain insists Ireland aren't looking at the odds as the Wolfhounds prepare to showdown with New Zealand in Leeds.

Defeat to Lebanon means they need to pull off a 66-1 shock to stand a chance of progressing to the last eight - a task not made easier by Kiwi coach Michael Maguire naming his strongest starting team of the tournament.

Ireland coach Ged Corcoran will have to do without prop Liam Byrne after the Wigan Warriors middle picked up two separate one-match bans against Lebanon, while fellow front-rower Jaimin Jolliffe is absent after losing his appeal against suspension.

"We got caught up in the occasion against Lebanon, it was a game we were pretty confident going into, pretty confident we could get a win but I think quite a few of us got sucked into the occasion of if we win, we are in a quarter-final," said Chamberlain, who plays in the Championship with the recently rebranded Leigh Leopards.

"We just lost our heads and didn’t stick to the game plan. By learning from the last match, we know it's going to be a very tough game.

"Every single one of them is an NRL-calibre player and they have got a lot of big names that have won golden boots and have been Dally M winners. It is going to be a very tough.

"We know what we've got to do and we haven't got that much to improve on from Lebanon, it's more a composure type thing. We're confident we can go out there and we can do a job."

READ MORE: What are the teams for New Zealand v Ireland men in the Rugby League World Cup?

Chamberlain labels Kiwis full-back Joey Manu as their principle danger and admits failing to reach the last eight would be a disappointment, though not a disaster, for a team who arrived with high hopes of progressing through the group.

"They aren't a one-person team, they've threats all over the park," he added.

"I think we've had a bit of a reality check, you need to realise we are an extremely new team.

"I think what we've shown is we've already gelled well and the calibre of players that we have attracted that wanted to be Irish heritage players is really good. While it would be probably disappointing, I wouldn’t see it as a failure not to get to a quarter-final."