What are the teams for Australia v Italy men at the Rugby League World Cup? 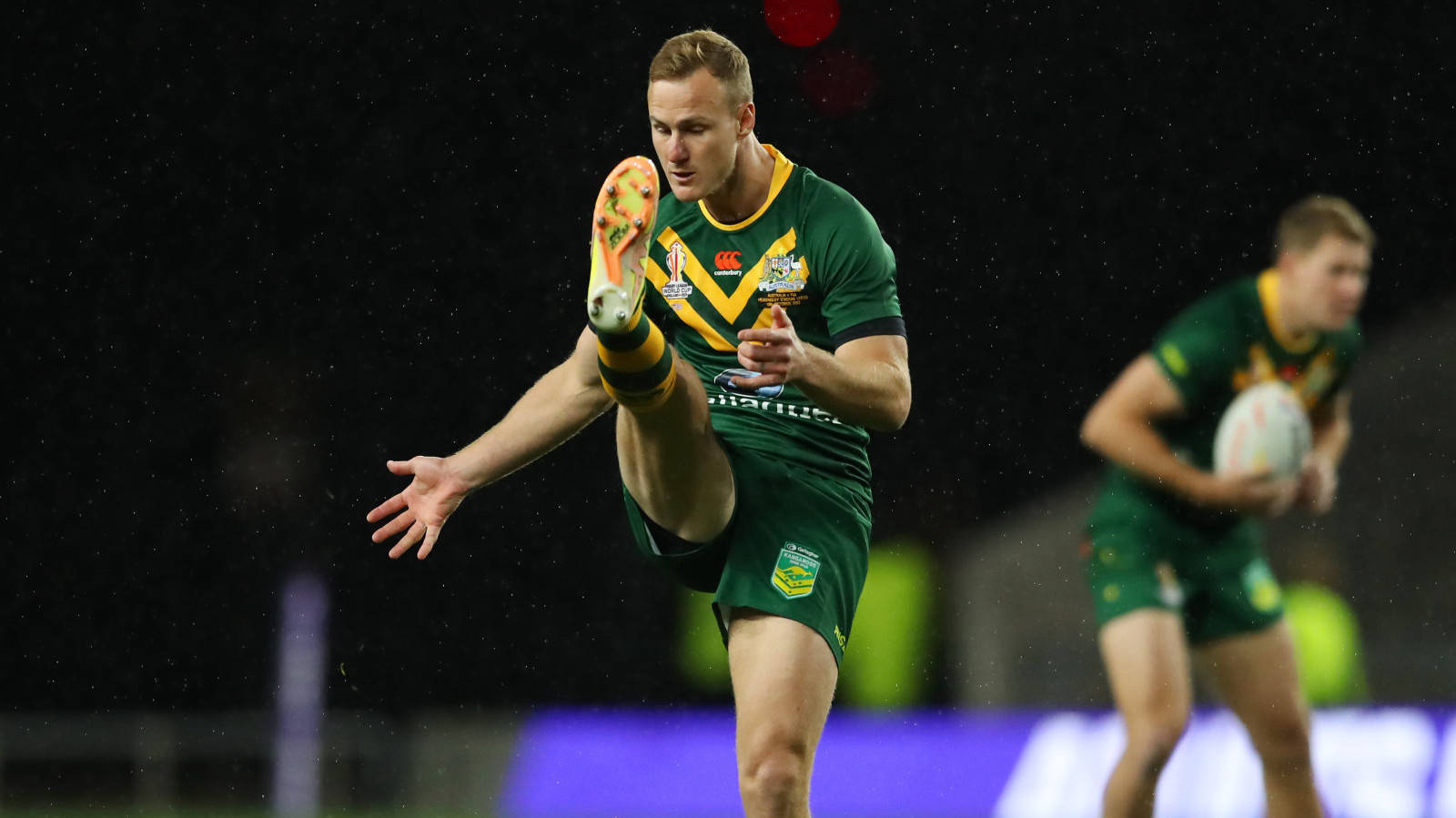 What are the teams for Australia v Italy men at the Rugby League World Cup?

Defending champions Australia are set to pair Nathan Cleary and Daly Cherry-Evans together in the halves for their final group game against Italy on Saturday night in St Helens.

The duo have been battling it out for the scrum-half role but with Cameron Munster rested they will join forces against the Azzurri.

Mal Meninga’s side have one foot in the quarter-finals where they are expected to face Lebanon and the Kangaroos coach is keen to give all his players two group games to stake their claim for a place in the side come the knockouts.

Having suffered defeat to Fiji last time out, Italy most likely will need to cause an upset to force their way out of Group B and Leo Epifania welcomes record appearance holder Gioele Celerino back into the squad.

This will be just the third ever match between Australia and Italy; both of their previous two encounters were in January 1960 with the Kangaroos winning 37-15 and 67-22 in those games.

Australia have allowed just 12.5 play-the-balls per game in their own 20m zone at this Rugby League World Cup, the fewest of any team in the competition and less than half as many as Italy (26.5).

Australia have won 28 of their last 29 games at the men’s Rugby League World Cup including their last 14 on the bounce; a 15th consecutive win would mark the outright longest winning streak of any team in the history of the tournament.

Italy will be looking to win a second game in the group stage of the 2021 Rugby League World Cup after their 28-4 win over Scotland in Round 1; they have never previously won more than one game at a single edition of the tournament.