What are the teams for England v Greece men at the Rugby League World Cup? 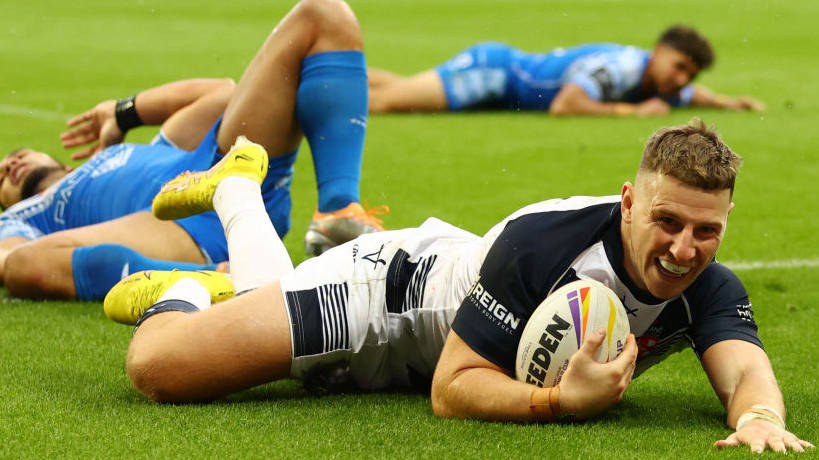 What are the teams for England v Greece men at the Rugby League World Cup?

George Williams will step into the breach for England and captain them against Greece as they look to complete a perfect group stage.

In the first-ever rugby league international at Bramall Lane, Shaun Wane has taken the opportunity to rest a few players, including Sam Tomkins, following the big wins over Samoa and France.

Joe Batchelor and Kai Pearce-Paul are the only players yet to feature for England, but both make the 19 for this encounter.

Greece, meanwhile, welcome back Jordan Meads after he missed the clash with Samoa, while Mitchell Zampetides is also back for the Titans.

This will be the very first meeting between the sides as England aim to go unbeaten in the group stage for the first time since 1995, with Greece still searching for a maiden win in this, their debut tournament.

While they are yet to win a game at this World Cup, Greece have the best set completion rate (88%) in the entire tournament, some five percentage points clear of England.

With two convincing wins from two, England are flying high and know that a win will clinch top spot in Group A and a potential quarter-final against Papua New Guinea.

In their first-ever World Cup, Greece have lost to both France and Samoa, but enjoyed some good moments along the way in both matches. They have never lost three successive internationals, but would require an almighty upset to keep that record alive.