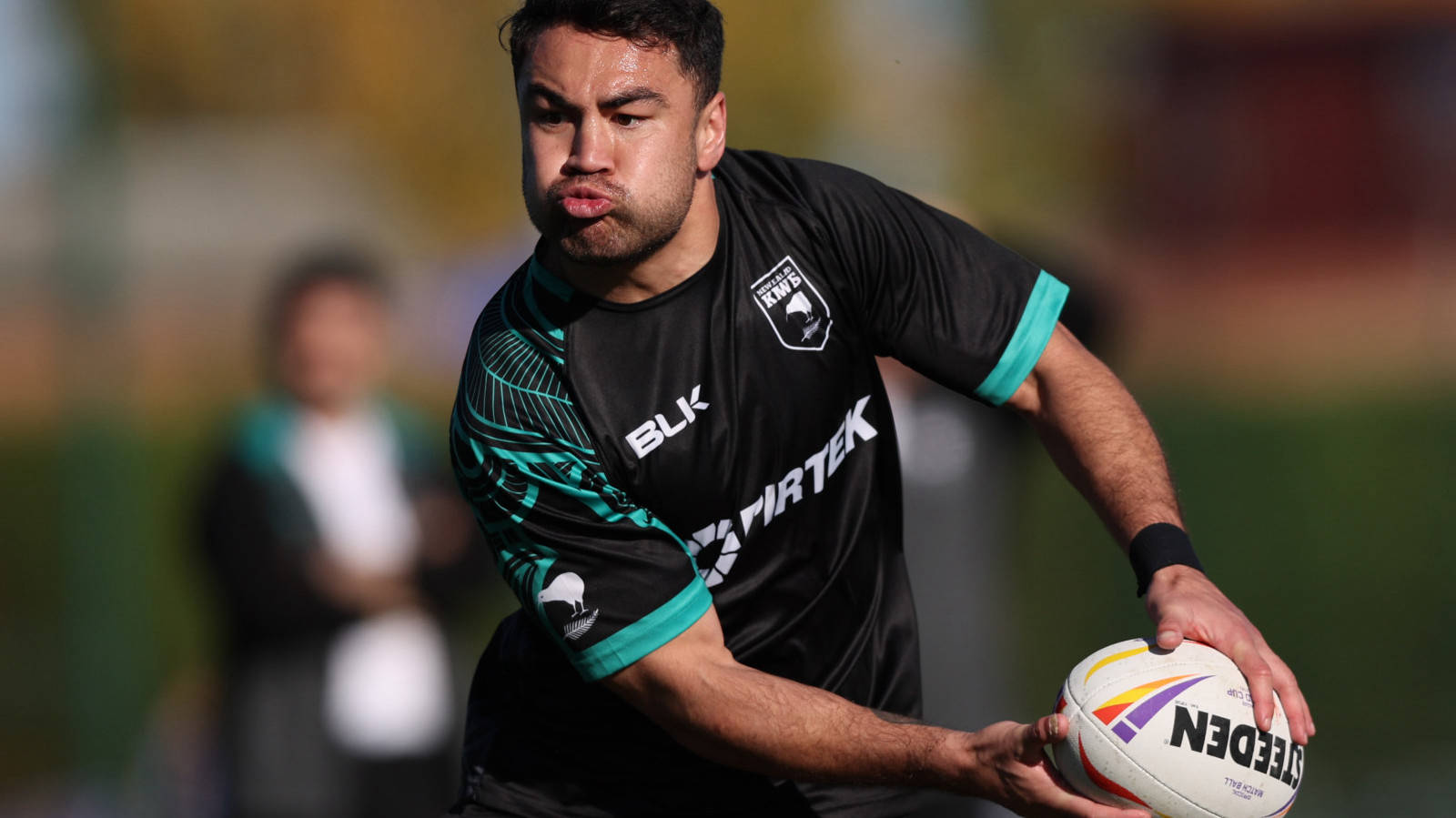 Kiwis coach Michael Maguire is ready to play all his cards as the Rugby League World Cup gets serious.

Maguire will have first-choice halves Jahrome Hughes and Dylan Brown in partnership for the first-time against Ireland in Leeds, while he also welcomes back powerhouse prop Jared Waerea Hargreaves, who missed the games with Lebanon and Jamaica through suspension.

Hughes is now fully recovered from a thigh strain to make his World Cup bow while Brown missed the match with Jamaica through sickness.

Captain Jesse Bromwich plus wings Ronaldo Mulitalo and Jordan Rapana return to the side having not featured against the Reggae Warriors, meaning there is no space for four-try hero Dallin Watene-Zelezniak, a fact which only underlines the selection dilemmas for Maguire.

"Jahrome is dominant presence and big voice in the team and him being around is really calming for the team too," he said.

"He's played in many big games and he knows what's required and it's nice to have him back. Dylan is back too and full of energy and it's exciting to have the spine of the team together.

"Jared has a lot of presence, he's all about the team and he's worked really hard in the background. You can see how hungry he's been in the last few weeks and now he's ready to get on the field and start ripping in.

"We've had a lot of conversations about how we want to play, he's been through a bit in the last month but he wants to be out of the field playing."

Maguire is still sweating on the fitness of Moses Leota and Marata Niukore, who he hopes to welcome back for the knockout stages, with Fiji New Zealand's probable quarter-final opponent and Australia likely waiting in the semi-finals.

However, he admits he has been far from satisfied from his team's opening fixtures, despite the combined 102-18 scoreline and he claims no selection is locked down.

"I know Fiji and Australia are on our side of the draw but I'm not looking ahead, this game is very important to building those connections to how we want to play," added Maguire.

"The boys have been really sharp in training this week and we've just got to keep performing and winning.

"We need to be better than where we've been in the last couple of weeks in areas of our game. We've had some strong and robust conversations about what we need to do moving forward.

"When you've got the depth of squad like this, it's all about performances and that will decide how we pick the team. Everyone is in contention and every week we are just looking to see how we'll be a better team.

"I thought our defence needed to be sturdier or stronger, we needed to be tidier but we had a big improvement from the Lebanon game against Jamaica. We need to show a bit of patience with the ball too.

"We're a pretty focussed group, it's been really enjoyable to coach this team, they are all owning what they want to achieve."

Ireland coach Ged Corcoran will have to do without prop Liam Byrne after the Wigan Warriors middle picked up two separate one-match bans against Lebanon, while fellow front-rower Jaimin Jolliffe is absent after losing his appeal against suspension.