Waerea-Hargreaves ready to be unleashed at Rugby League World Cup

Roosters forward back after three-match suspension for Kiwis 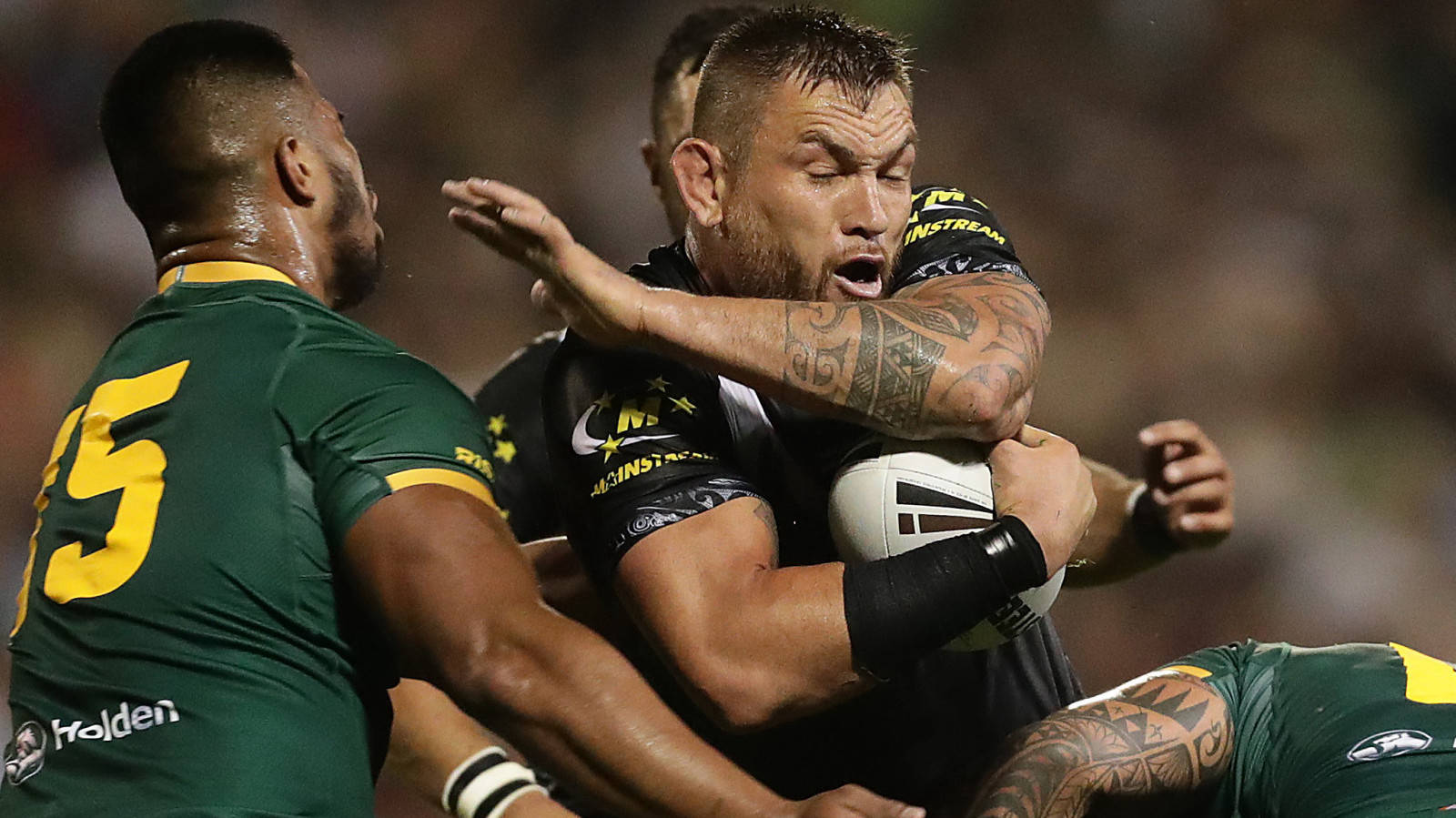 Waerea-Hargreaves ready to be unleashed at Rugby League World Cup

Roosters forward back after three-match suspension for Kiwis

The veteran prop has been bouncing off the walls watching his Kiwi team-mates start their Rugby League World Cup campaign with wins over Lebanon and Ireland.

Slapped with a three-match dangerous contact suspension after the Roosters’ final game of the NRL season, he returns for the clash with Ireland at Leeds on Friday night.

And - fair warning - he’s no intention of holding back after being named on the interchange.

“You come away and get so used to coming to play footy, but I obviously accepted the three-match ban and I came away knowing it was going to be a long time before I was getting in the mix again,” he said.

“I’ve got to be honest with you, it’s been really frustrating, you come away in a 24-man squad and you do fitness most days and you go and do extra work away, knowing it is going to benefit yourself and the team but there is no light at the end of the tunnel.

“It's been difficut but I’m happy I’m back in the mix, I trained with the team again and that was really exciting to be back and knowing I’m playing.

“I just need to play as long and as hard as I can and try and dump as many ‘cobwebs’ as I can. I want as much footy as possible and hopefully that helps for selection the following week.”

Waerea-Hargreaves was initially expecting to sit out all the Kiwis group games, before the International Rugby League accepted their warm-up game with Leeds could count in his suspension.

And his return adds to Michael Maguire’s significant selection dilemmas - with such a talented squad at his disposal - as attentions switch from the group stages to the knockout rounds.

“When I woke up after having a few beers after the last Roosters game, I thought my World Cup was over,” added Waerea-Hargreaves.

“I sat there for half an hour thinking there is no way I’m going to be selected now I’m not going to play for a month.

“So that was about it until Madge called and said that we were going to try and get that game against Leeds counted, and he was still keen to take me away.

“But I’m pretty lucky with my family at home and my wife, she’s always very supportive of the decision I make and I think the hardest thing is the kids at home. They are at an age now where you start counting the weekends and when I said there are seven weekends that daddy won’t be home for, it takes a toll on them.

“I’m lucky enough that the wife is holding it down at home and we have a job to do.”

Roosters team-mate Luke Keary will be lining up for Ireland but with a potential clashes with Fiji and Australia looming, just to make the final at Old Trafford, Waerea-Hargreaves admits fierce doesn't do justice to describe the competition for places.

“Absolutely no doubt about it, these are the best bunch of forwards I’ve played with,” he added.

“You go down to camp and you look around the room and it is a hell of a squad and a hell of a forward pack, not only the spine, but the style of footy we know we can play.

“There were some meetings we’ve been having, and some open conversations and it’s really exciting but we know there is going to be a lot of hard work in front of us to play our best footy. These are the conversations that need to be had and we’ve had them.”