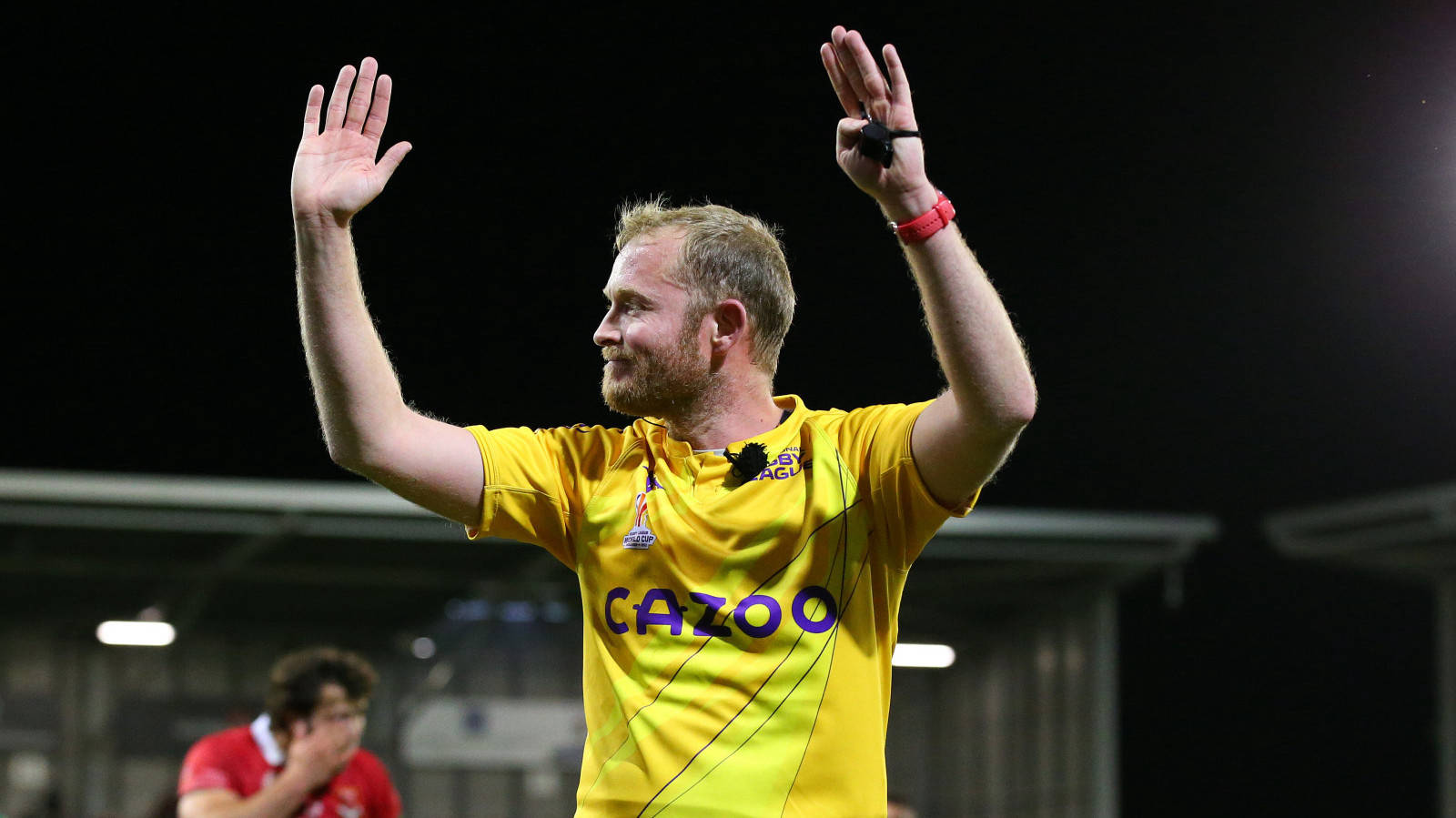 Robert Hicks will be the man in the middle when New Zealand and Ireland kickstart the third and final round of group stage matches at the men’s Rugby League World Cup.

New Zealand are unbeaten so far with wins over Lebanon and Jamaica and will be looking to top Group C with an unblemished record come Friday night at Headingley.

Ireland will be underdogs for the contest and to progress to the knockout stages with defeat to Lebanon over the weekend meaning they need a favour from Jamaica against the Cedars on Sunday.

That contest will be overseen by Paki Parkinson at Leigh Sports Village, with Lebanon likely to reach the quarter-finals should they prevail.

Shaun Wane’s side have already sealed a quarter-final spot thanks to victories over Samoa and France and will be aiming to make it three from three against Greece, who will be hoping to end their maiden Rugby League World Cup campaign on a high.

Todd Smith will be the referee for Samoa and France’s crucial clash in Warrington on Sunday afternoon, with the winner of that joining England in the knockout phase from Group A.

Liam Moore is the man with the whistle for that match, with Mal Meninga’s side bidding to seal top spot in Group B after convincing victories over Fiji and Scotland.

Fiji beat the Azzurri last time out to make them favourites to progress alongside the Kangaroos but the Bati must ensure they get the job done against Scotland at Kingston Park earlier on Saturday, with Tom Grant controlling proceedings in Newcastle.

A win for Fiji should be enough for them to reach the quarter-finals, barring a huge upset in the other game in the group.

In Group D, Tonga are also hoping to maintain their 100 percent start to the competition against Cook Islands on Sunday with Ashley Klein marshalling the action.

Victory at the Riverside Stadium in Middlesbrough would guarantee top spot for the Tongans, who have so far beaten Papua New Guinea and Wales.

The Kumuls beat Cook Islands in Round 2 and depending on other results, victory against Wales in the final group match on Monday night could book a date with England in the last eight.

Gerard Sutton will referee that contest, which takes place at the Eco-Power Stadium in Doncaster.

Meanwhile, the women’s Rugby League World Cup will get underway on Tuesday when England start their group stage campaign against Brazil in the first match of a mouth-watering double header at Headingley.

Rochelle Tamarua is the woman whistling that clash, which will be followed by Papua New Guinea against Canada, to be overseen by Geoff Poumes, to kickstart what is set to be the biggest staging of the women’s Rugby League World Cup to date.

The following day sees a second double header take place in York, with New Zealand up against France and defending champions Australia taking on Cook Islands.

Ben Thaler will be marshalling the play for New Zealand against France, with the Kiwis looking to improve on their runners-up finish at the last Rugby League World Cup in 2017.

Meanwhile, Australia will start their title defence with Mike Smaill overseeing their contest against Cook Islands.