What are the teams for New Zealand v Ireland men in the Rugby League World Cup? 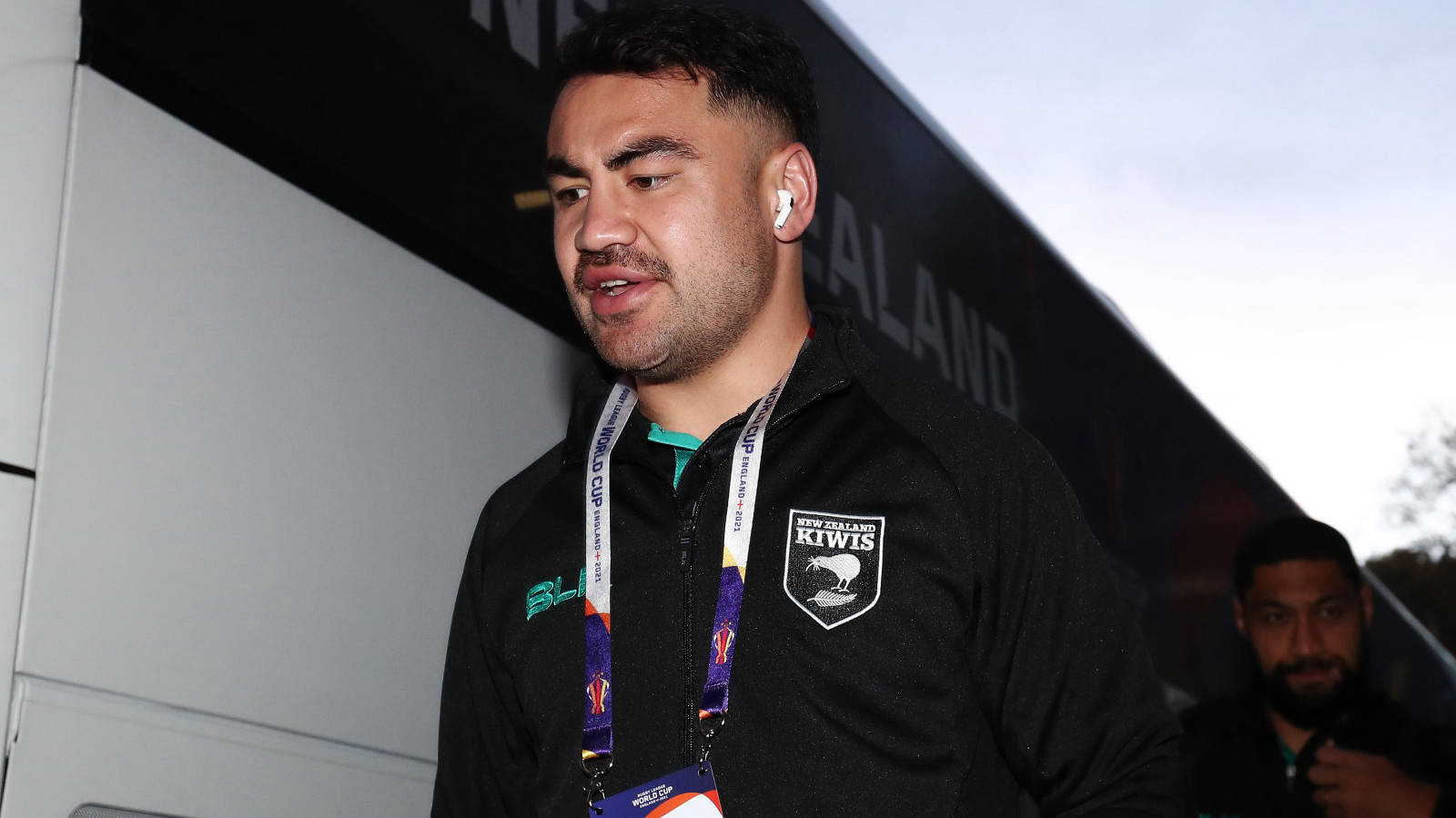 What are the teams for New Zealand v Ireland men in the Rugby League World Cup?

Ireland must beat the world’s No.1 side New Zealand on Friday night at Headingley to stand a chance of progressing into the Rugby League World Cup quarter-finals.

The Wolfhounds lost a feisty encounter with Lebanon 32-14 on Sunday, meaning they must upset the unbeaten Kiwis and hope Jamaica can do them a favour against Michael Cheika’s men this Sunday.

On the other hand, 2008 winners New Zealand are all but guaranteed a spot in the last eight, where they exited the last edition in 2017 after defeat to Fiji and, as things stand, look like they may get a chance to avenge that result against the Bati.

New Zealand coach Michael Maguire can now call upon half-back Jahrome Hughes after the Melbourne Storm ace missed the wins over Lebanon and Jamaica with a thigh strain and he will partner Dylan Brown who has recovered from illness.

Also back in the fold is experienced forward Jared Waerea-Hargreaves with the 33-year-old having served his three-match suspension picked up on NRL duty for the Sydney Roosters.

Captain Jesse Bromwich plus wings Ronaldo Mulitalo and Jordan Rapana return to the side having not featured against Jamaica, meaning there is no space for four-try hero Dallin Watene-Zelezniak.

Ireland coach Ged Corcoran will have to do without prop Liam Byrne after the Wigan Warriors middle picked up two separate one-match bans against Lebanon, while fellow front-rower Jaimin Jolliffe is included ahead of his own judiciary appeal tonight.

It is uncharted territory for both teams with New Zealand and Ireland never having met previously in a World Cup or any other international fixture.

Ireland have the worst completion rate and goalkicking percentage at the World Cup so far.

New Zealand have won both of their Group C games so far at this World Cup and beat Tonga with a 26-6 victory in June, their first international in nearly two-and-a-half years amid the pandemic.

The 2008 winners look set to make it out of the group stage for the sixth successive World Cup.

Ireland first qualified for the Rugby League World Cup in 2000 as co-hosts, registering their best performance to date of fifth place.

They have featured in every tournament since, failing to advance from their group in 2017 despite two wins over Wales and Italy.

Sunday’s defeat to Lebanon ended a run of fine form which saw the Wolfhounds win their previous three men's internationals by an aggregate score of 115-14.