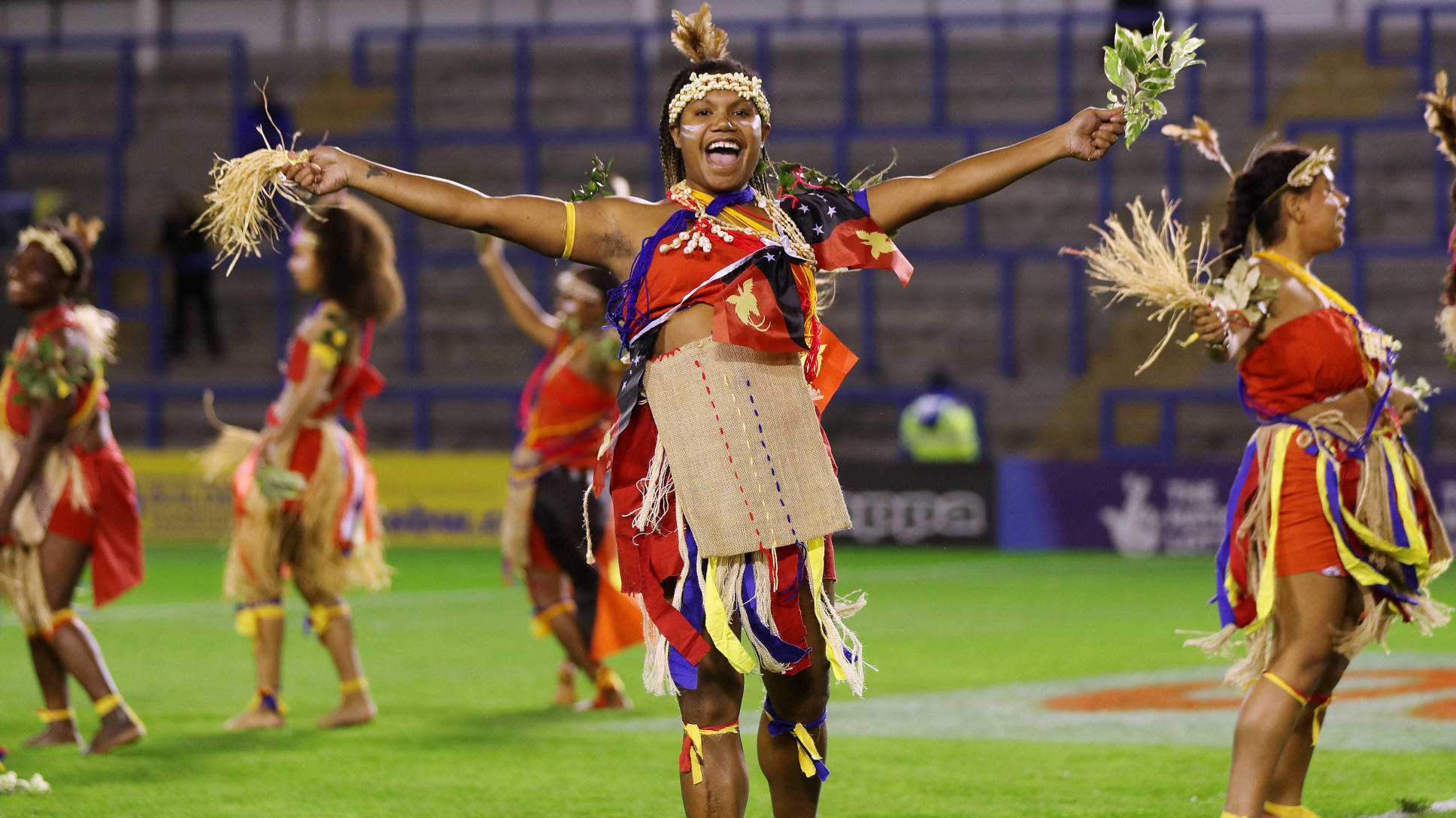 After an opening defeat to Tonga, The Kumuls knew that there was no margin for error against The Kuki's and they were made to work hard in the opening 40 minutes, leading 10-8 at the break.

But they were able to pull away in the second half on the way to a 32-16 win, Tai crossing in each half, while Kyle Laybutt, skipper Rhyse Martin, Lachlan Lam and Justin Olam also grabbed tries.

And despite the Kuki's getting three tries of their own, in the end, they could not live with their opponents as they failed to follow up their opening win over Wales with a second success.

Here's the story of the Group D contest in pictures...

Before the game, the Kuki's performed the Maori Ura (Getty Images for Rugby League World Cup)

The second half belonged to the Kumuls though, celebrating Lachlan Lam's try here (Getty Images for Rugby League World Cup)

Justin Olam finished off the scoring for PNG, although the Kuki's had the final say through Kayal Iro (Getty Images for Rugby League World Cup)