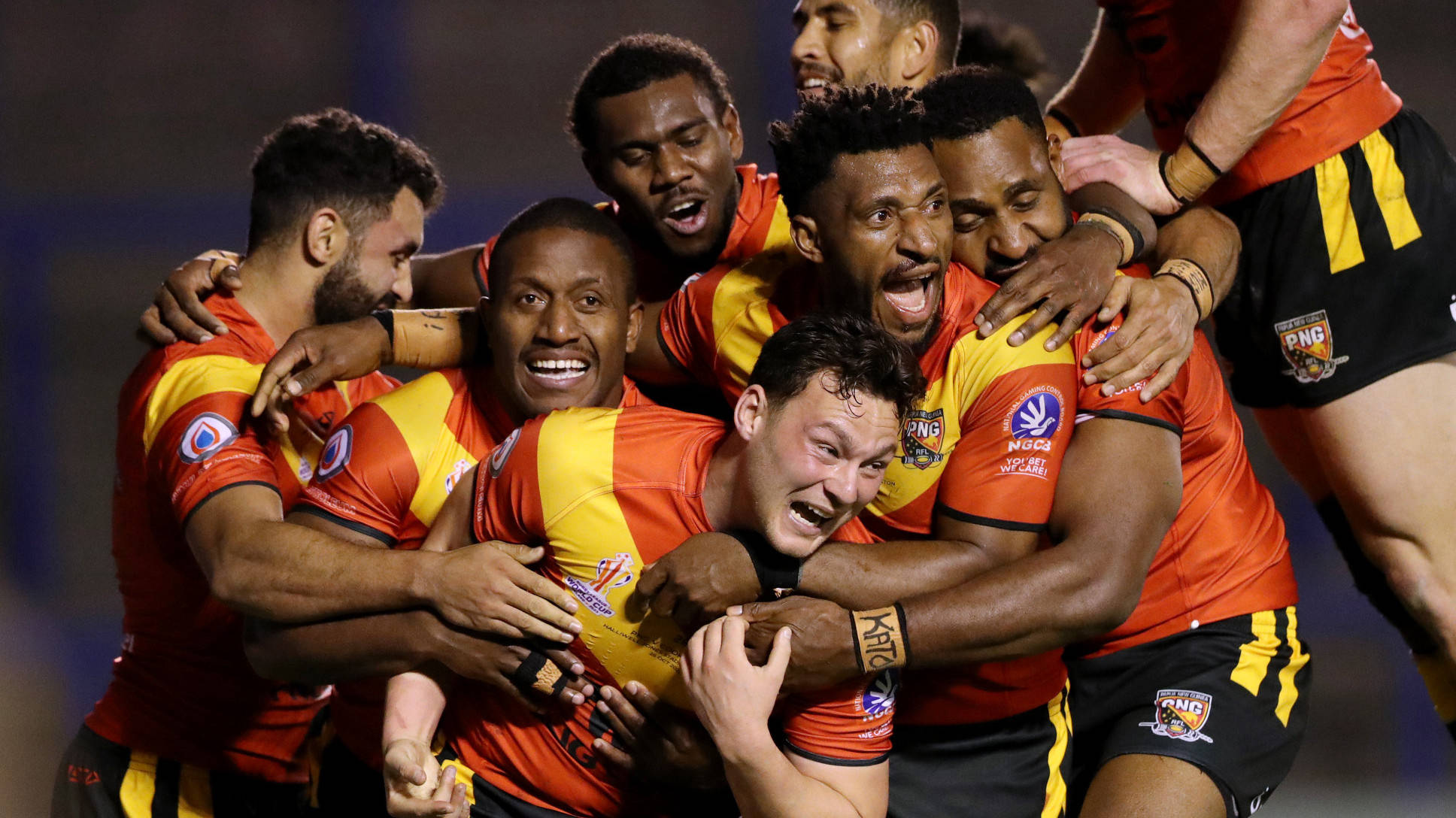 Tai scored either side of half-time with Kyle Laybutt, captain Rhyse Martin, Lachlan Lam and Justin Olam also getting themselves on the scoresheet in a comprehensive victory for The Kumuls.

Paul Ulberg, Anthony Gelling and Kayal Iro all touched down for the Islanders who were unable to match PNG's speed and stamina, conceding four second-half tries.

Steve Marsters opened the scoring with a penalty after Gelling’s intercept had given The Kuki’s field position, the 31-year-old not quite having the legs to reach the tryline from 40m.

Tai had no such issue as he went the length of the field score direct from a 20m restart, bursting through the initial line of defence, he could not be caught.

Martin missed the conversion and world record attempt. The kicker had equalled the record of 41 consecutive successful conversions against Tonga but was unable to go one better.

The Kumuls increased their lead when Laybutt spotted a gap and dived over.

Papua New Guinea lost their momentum though as Mackenzie Yei was sent to the sin bin for a high tackle; Cook Islands seized their moment and reduced the deficit through Ulberg.

The gap is closed!

Yei wasted no time in making up for his earlier error at the start of the second 40 as he stormed 50m directly from the restart to kickstart a dominant second-half performance.

From that first set, Laybutt sent Martin through a gap for The Kumuls’ third try.

Martin was again involved as PNG got their fourth, collecting a loose ball with Tai on hand to dive beneath the Cook Islands tackles for his second.

Papua New Guinea’s lightning start to the half showed no let up as Olam offloaded to Lam to score though Gelling did complete an acrobatic finish to give his side a glimmer of hope.

The Kuki’s' Reubenn Rennie was sent to the sin bin for a dangerous throw before Olam added the icing onto Papua New Guinea’s sixth straight win over the Cook Islands.

Iro added a late consolation with the final try of the evening to give the Cook Islands a slight boost ahead of their final Group D fixture against Tonga next week.