The head coach believes Wales are gaining plenty of respect 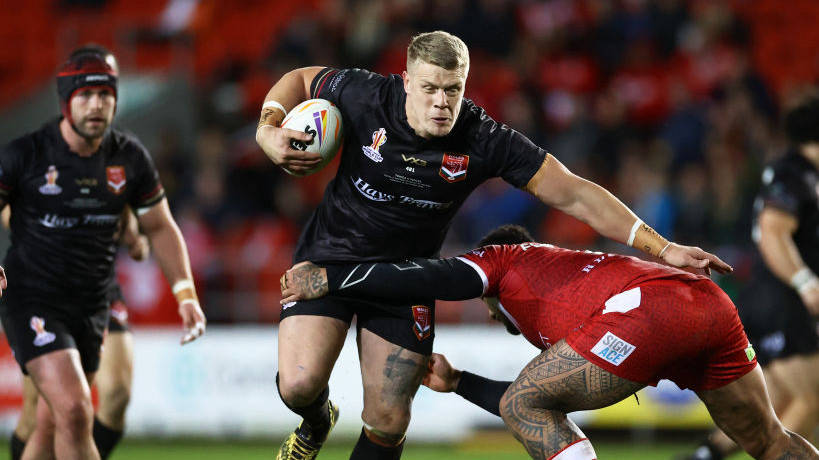 The head coach believes Wales are gaining plenty of respect

Having run Cook Islands close in Leigh, Wales were quick out the blocks again and opened the scoring through Kyle Evans’ converted try to raise hopes of a stunning shock.

Daniel Tupou’s hat-trick extinguished those ambitions as the flying wing led the Tongan fightback but Kear did not let the 32-6 scoreline dampen his praise for the character in his squad.

He said: “I would like to think we earned more respect, because we are playing one of the top four ranked nations in the world. I looked down and it’s basically an NRL team and a very good one.

“Our players traded blows with them, went punch for punch with them, they’ve got hearts of lions and I’m very proud of them.

“We could have played better, we made too many errors in the second half. There’s areas we can fine tune and improve technically and tactically but you certainly can’t fault their heart and the endeavour.

Wales now have just one chance left to register their first World Cup victory since 2000 when they meet Papua New Guinea next week in Doncaster, though they’ve not won a match against Southern Hemisphere since that occasion 22 years ago.

But Kear believes rewards could be on the way if they keep fronting up as they have been and picked out several individuals for praise.

“I was really pleased with how we handled David Fifita,” he said. “He was going at Ollie Olds, who handled it really well, and as a group we helped each other out.

“Kyle [Evans] carried the ball brilliantly, his high ball reception was really good and the try he scored was a cracker.

“He can feel very pleased and happy with his performance. I don’t know if Wakefield have offered him another deal but I can’t understand if he hasn’t got one, he’s a good player.

“Twelve of our 24 are Welsh-born, which I’m really proud of. We need to stick with it and we’re not far away. That was a Welsh performance full of pride and passion.”