Five things we learned as Tonga battle past determined Wales 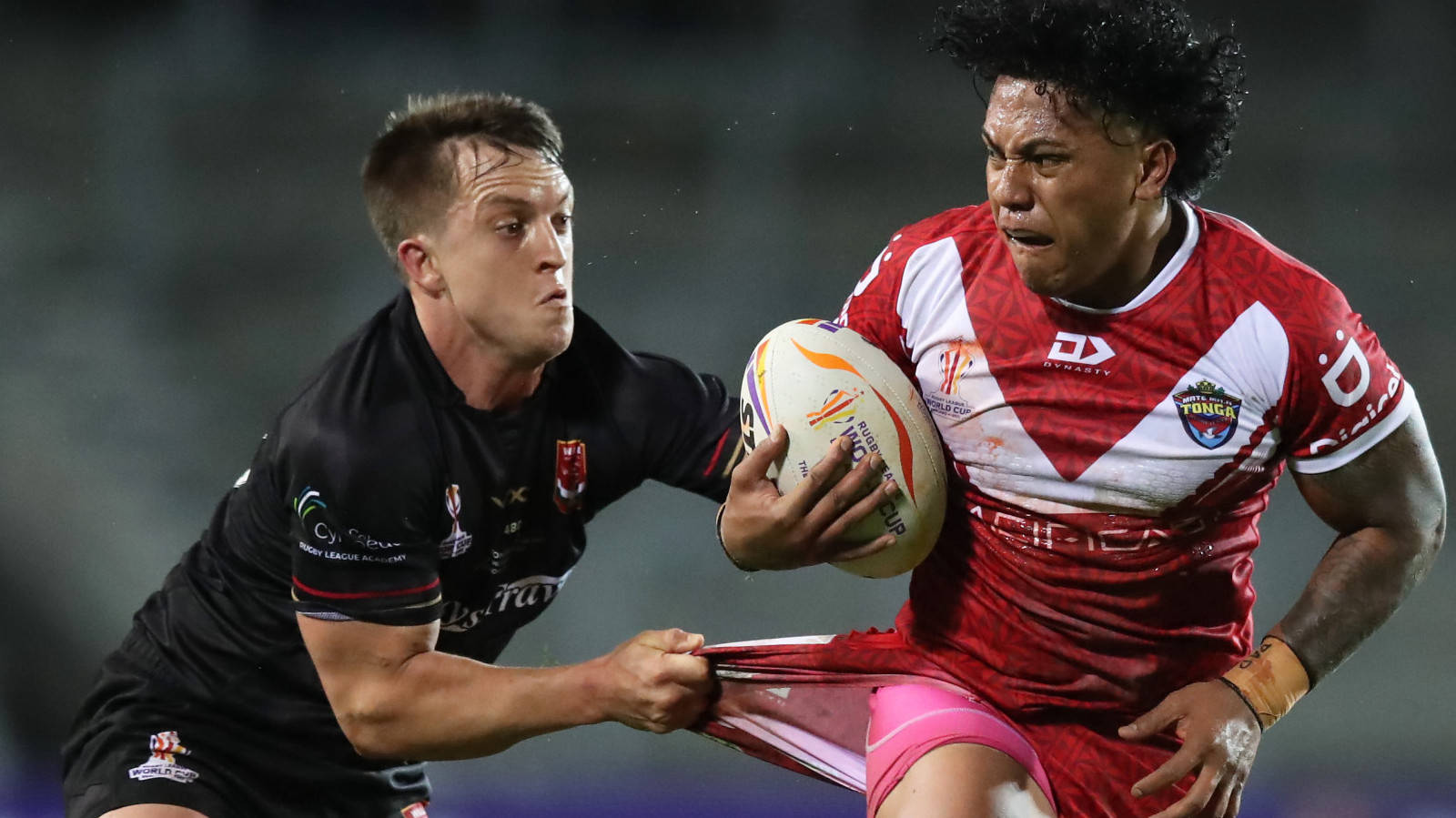 Five things we learned as Tonga battle past determined Wales

Tonga booked their place in the quarter-finals of the Rugby League World Cup but just as they were made to sweat by Papua New Guinea last week, Wales pushed them hard.

For coach Kristian Woolf, back at St Helens before his switch to assist Wayne Bennett at NRL newbies the Dolphins, there was no gloating at the hooter - just a determination to keep improving.

Here are the five things we learned from the contest at the Totally Wicked Stadium.

Taumalolo said all the right things pre-tournament about Tonga having the players and leaders to fill his substantial void but the truth is they are a different team with him involved.

Suspended for the first two group games after being slapped with a ban for a big hit in his final NRL match of the season, Taumalolo has clearly been a big miss in these opening two fixtures.

His on-field leadership role is key, while he's still more than capable of showing the skills of his pomp, when he was one of the most damaging ball-running forwards in the game’s history.

Taumalolo watched in the stands alongside Will Hopoate, who could also make his belated tournament bow against the Cook Islands in Middlesbrough this weekend.

In the pressure moments of big matches, Hopoate's experience and calming influence could also be just what Tonga need.

"Those guys are going to make a big difference," said Woolf. And he’s not wrong.

It's a thankless task being a video referee.

Tolutau Koula was denied arguably the greatest assist in international rugby league history after a forensic inspection of the TV replay.

Just a few days after Matt Burton's outrageous flick set up Josh Addo-Carr's stunner for Australia, Koula nearly pulled off something even better.

He acrobatically kept the ball in play, flicking it over his head as he tumbled over the touchline, a disbelieving Tuimoala Lolehea converting to score.

However, replays showed the ball had just grazed the line and the ‘greatest try never scored’ was chalked off by video official Adam Gee.

Woolf needs much more from his Tonga team

There is just six days before Tonga's final Group D match and you rather sense Woolf is going to make every one count. No rest and recovery, straight back to work in training.

He bemoaned the basic execution of Tonga's attack and felt too many points were left on the field, with very few predicting a slender 26-point winning margin.

He questioned the commitment of his players in the opening exchanges, hinting at complacency, and admitted frustration about his team's lack of discipline in possession.

Flying winger Daniel Tupou ran in a hat-trick - taking him to nine tries in 14 internationals - to be named Cazoo Player of the Match but Woolf's only comment was he should have scored even more.

Tonga's slow start will be punished by more experienced teams

If Tonga are going to disrupt the established world order in the weeks ahead, they'll need to take their chances - and put this scrappy first half behind them.

Australia were utterly ruthless in how they despatched Scotland, England left Samoa shell-shocked and New Zealand swatted aside Jamaica. Not a shred of complacency in any performance.

In contrast Tonga - ranked second in the world - initially toiled against Wales, 14 places below them.

They camped on the Wales line for the first ten minutes and came up empty handed and were split apart simply too easily for the Dragons’ shock early try.

Their first half slumbering and distinct lack of shape left Woolf infuriated - and they didn't wake up until midway through the first half, time they will simply not be afforded at the business end of this tournament.

No more false starts will be allowed.

Stats don't always tell you everything but Tonga forced Wales to make an eye-watering 389 tackles, compared to their rivals’ 256.

There was plenty of pride in this performance for John Kear's Welsh side, who haven't beaten a Southern Hemisphere team since their win over Papua New Guinea in the Rugby League World Cup quarter-finals 22 years ago.

Their fearless approach was encapsulated by Kyle Evans, who only played his first game of rugby league for Wakefield Trinity in July.

He went toe to toe with Cronulla Sharks powerhouse Siosifa Talakai with a couple of crunching hits, one of which resulted in the game's opening try, Evans gathering the loose ball to covert.