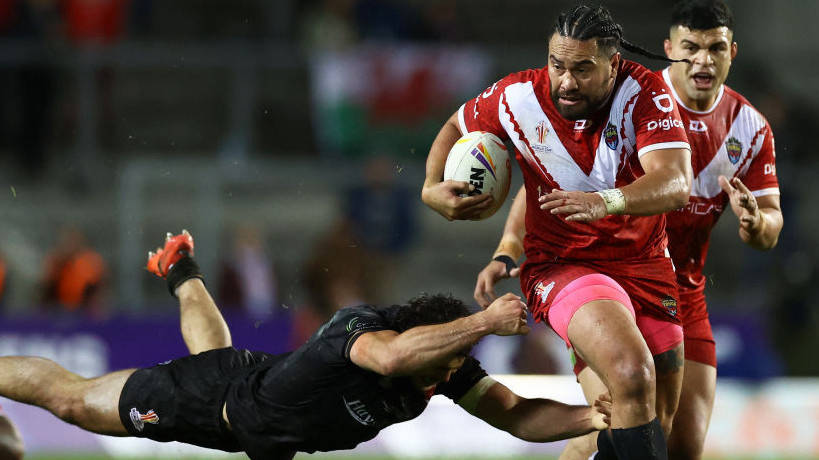 Daniel Tupou scored a hat-trick as Group D favourites Tonga earned their second success of the Rugby League World Cup with a 32-6 victory over Wales.

A trio of scores for the right wing took his international tally for Tonga to nine with the result at the Totally Wicked Stadium in St Helens leaving his side perfectly-placed to qualify for the quarter-finals.

After Kyle Evans’ surprise opener for Wales, Tupou got Tonga on the board before tries from Keaon Koloamatangi and David Fifita in the final minutes of the first half put the 2017 semi-finalists in control.

Here's the story of the Group D contest in pictures...