Fifita inspired by Tonga's class of 2017

The 22-year-old's cousin, Andrew, was part of the squad who made the semi-finals 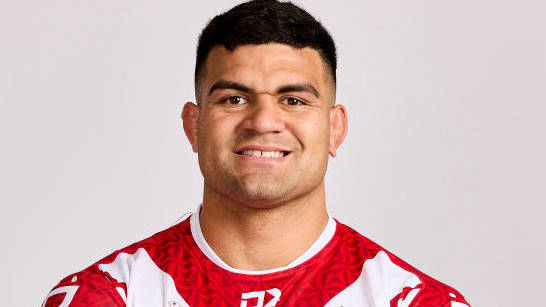 Fifita inspired by Tonga's class of 2017

The 22-year-old's cousin, Andrew, was part of the squad who made the semi-finals

David Fifita was still in high school when cousin Andrew helped Tonga take the 2017 Rugby League World Cup by storm but has now set his sights on making his own mark.

The 22-year-old impressed on his first competitive outing in the red and white jersey during his side’s Group D opener, a hard-fought 24-18 win over Papua New Guinea at the Totally Wicked Stadium.

He made the decision to represent Tonga in the run-up to the tournament, having featured for Australia at the World Cup 9s in 2019, and wants to help his country embark on another memorable run having made the semi-finals last time out.

Victory in Monday night’s clash with Wales could seal a spot in the last eight and Fifita is enjoying every minute of his World Cup experience.

“To represent my culture, my dad’s side and everyone back home means a lot to me,” he said. “I’m grateful to be wearing these colours.

“I was going to play the mid-year Tests but did my knee. I had a couple of chats with Woolfy [head coach Kristian Woolf], the opportunity came about and I had a really good chat with my father.

“It was the right time for myself and all my family. I’m really close with a few of the boys in this camp and to do it for my grandparents, make them happy, is good.

“My dad got teary when I said I would play for Tonga. I know he was watching [against PNG] and to do it for him and all my family is special.

“We’re building all the time, we have heaps of young bucks in the locker room and hopefully we’ll stay together and keep moving forward.”

Wales ran the Cook Islands close in their opening game, eventually going down 18-12 having led at half-time, and will not be underestimated by the highly-rated Tongan outfit.

Tonga are again without the influential Will Hopoate but head coach Kristan Woolf hopes to have his talisman available for their final group match.

“There’s a good chance against Cook Islands,” he said.

“We know the class he has, we know about his influence on the team and we know what it means for him to play for Tonga.”