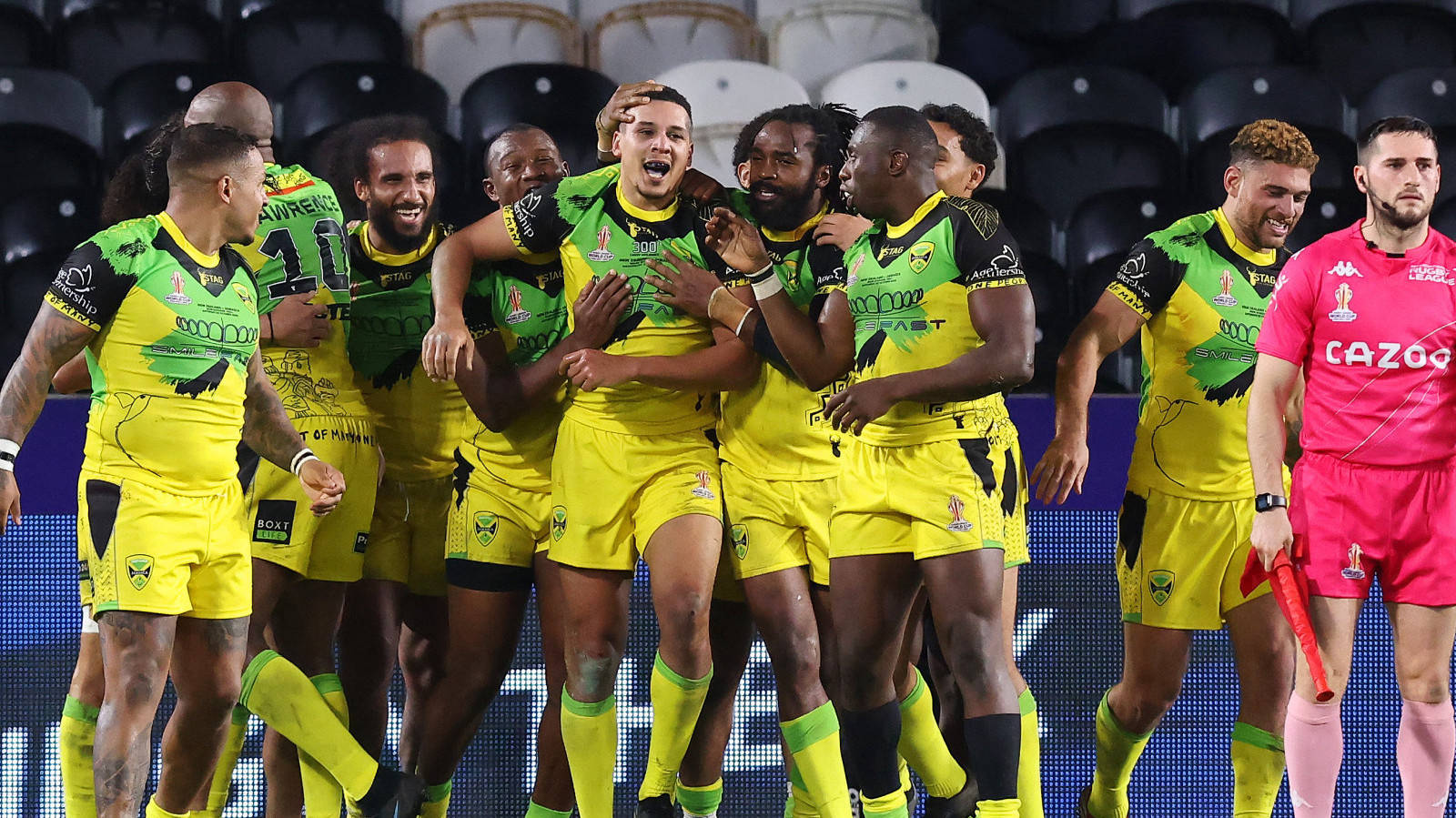 Jermaine Coleman hailed Ben Jones-Bishop as a fitting scorer of a momentous try after the full-back made history against New Zealand.

The two-time Super League champion etched his name into Jamaican folklore in the 75th minute as he recovered a failed catch by Brandon Smith and crossed on his 300th career appearance.

The MKM Stadium erupted following the effort as the Reggae Warriors commanded respect for their determined effort in the 68-6 defeat against the Kiwis.

A guard of honour was formed for Jones-Bishop by both sides following the final whistle and lead coach Coleman was moved by his team's performance.

He said: "I'm massively proud of that try and it’s a massive moment for us as an organisation and for rugby league.

"There's no more of a deserving person than with Ben on his 300th game, to get that try and make history, he will have that written on paper for the rest of his life.

"I'm chuffed to bits for him and we really wanted to make it a special occasion for him.

“We had a pretty emotional shirt presentation with him in the morning so to cap that performance off with a try was amazing."

Leading into the match, the Reggae Warriors had taken inspiration from New Zealand's warm-up game against Leeds Rhinos, noting how the Super League team defended against the world number one side.

It was that determined defence and Jones-Bishop's magic that denied the Kiwis a 14th try and the opportunity to equal their largest margin of victory since their 84-10 win over the Cook Islands at the 2000 World Cup.

Coleman has now challenged Jamaica to take that spirit into their final Group C clash against Lebanon next weekend, with the hope that their continued growth can help raise the profile of the game outside of the world's top seeded teams.

He said: "We've tried to work with the same formula week after week and what you saw then was the progression of that.

"We have to be a little bit smarter on some of the technical stuff but again that comes with practice and exposure at this level.

"I don't thing you'll find another team that will make this kind of growth in the competition.

"We wanted to earn everyone's respect and I think the boys have done that.

"Now we just need to start looking at funding for the smaller teams to grow the game because there's massive potential there."